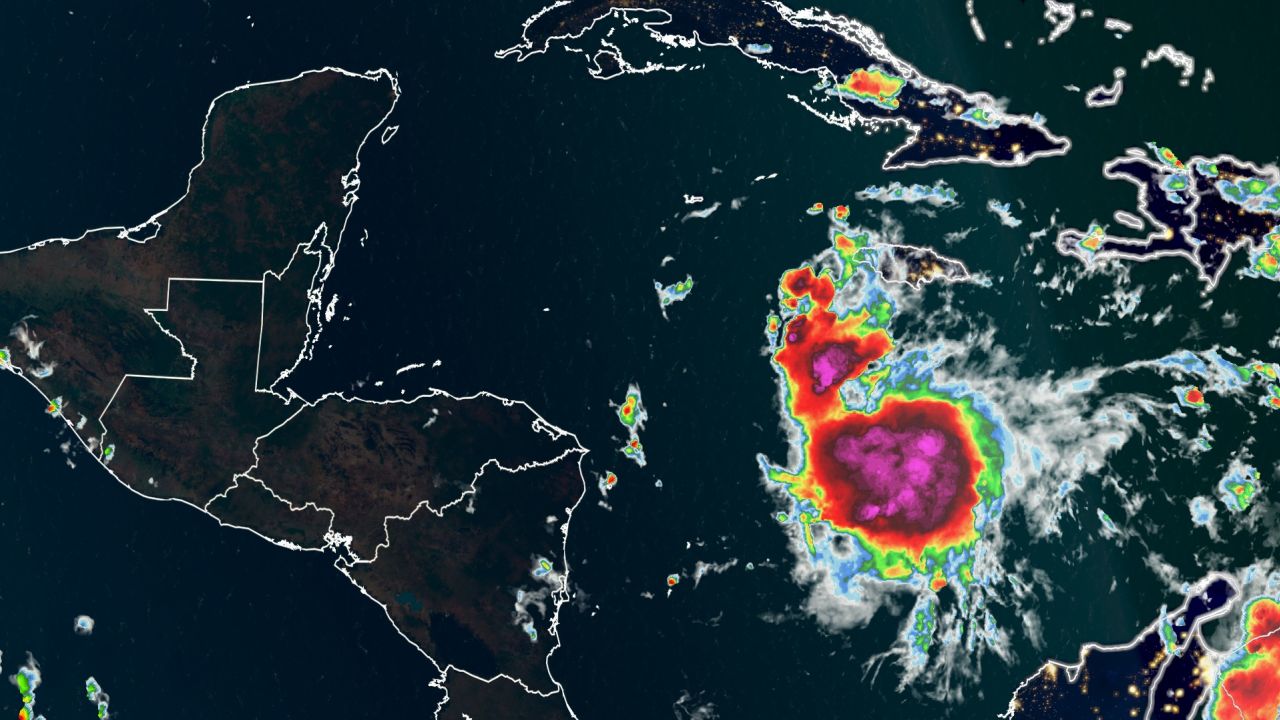 High Cost of Hurricanes in the United States 1:46

(CNN) — A hurricane warning was issued Tuesday for the Gulf Islands in Honduras and Belize, and alerts are in place for Mexico’s Yucatan region, as Tropical Storm Lisa intensifies, the National Hurricane Center reported. NHC).

Lissa’s winds have increased to over 60 mph and are forecast to intensify even further.

Lisa is likely to become a hurricane when it makes landfall overnight in Belize on Wednesday. There, the government issued a hurricane warning Tuesday afternoon, covering the entire coast of Belize from north of Puerto Barrios, Guatemala to south of Chetumal, Mexico.

Onshore wind areas are projected to have a storm surge of 90 to 150 cm along the immediate coast of Belize and a storm surge of 30 to 90 cm for the Gulf Islands of Honduras. The NHC said heavy rains could cause flash floods from northern Honduras to the north of the eastern Yucatan Peninsula.

The storm currently has winds of 45 mph and is moving to the west at 14 mph. NHC said it is located about 515 kilometers southeast of Grand Cayman.

“The storm watch means that storm conditions are possible within the monitoring area,” the NHC said. “A warning is generally issued 48 hours before the first anticipated occurrence of tropical storm-force winds, conditions that make outdoor preparedness difficult or dangerous.”

Tropical Storm Lisa is expected to hit Belize on Wednesday as a strong tropical storm or Category 1 hurricane.

Meanwhile, this Tuesday, Tropical Storm Martin formed in the Atlantic about 885 kilometers east-northeast of Bermuda, according to the National Hurricane Center.

The storm poses no threat to the mainland as it is moving toward open water in a northeasterly direction away from the continental United States.

Further strengthening is forecast with Martin expected to become a hurricane tomorrow, before becoming a very strong post-tropical storm in the North Atlantic later this week.

It is the 13th named storm of the Atlantic season and only the third time since 1966 that two hurricanes have hit the Atlantic at once in November (Lisa and Martin), according to hurricane researcher Phil Klotzbach.

“The bottom line is that despite being the month of November, Martin is expected to become a high-latitude hurricane,” the hurricane center said.

There is still one month left in the Atlantic hurricane season, which runs from June 1 to November 30.