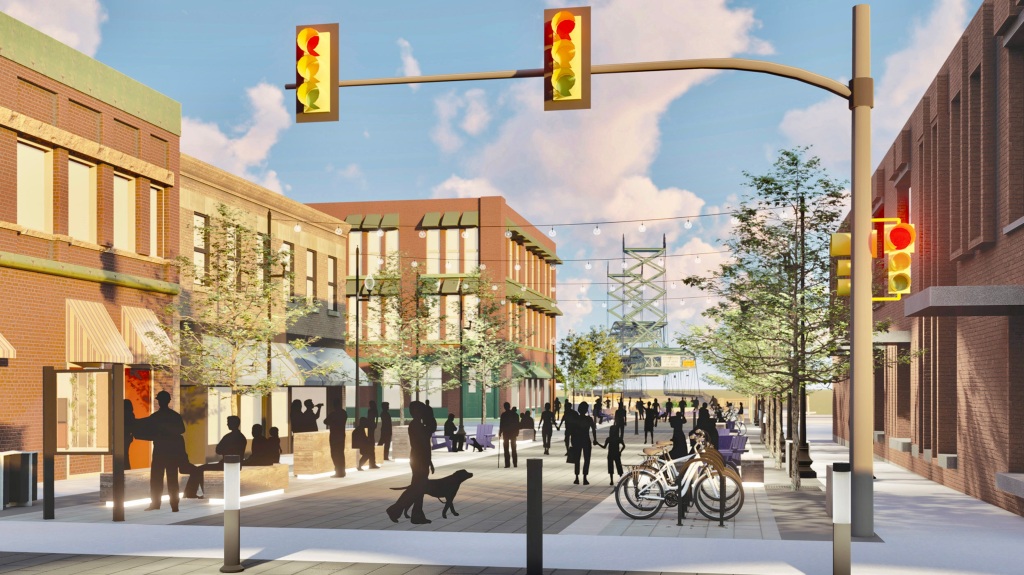 The city’s new Chestnut Street Plaza in downtown Stillwater was due to be ready in time for this summer’s Fourth of July and Lumberjack Days celebrations.

But officials say construction of the new $3.6 million pedestrian plaza, which has been delayed over the past few years, won’t begin until September, and the plaza won’t be completed until sometime in 2023.

“We thought it would be done by now, so it’s really disappointing,” City Councilor Mike Polehna said. “It seems like every time we go out to bid, something happens. This has been going on for three to four years. Let’s get it done.”

Stillwater City Council members got to see the first concept plans for the plaza in September 2020, and they particularly liked an option that featured winding walkways and a roundabout at the intersection of the new Loop Trail – a 4.9-mile cycle and pedestrian walkway. Passenger route that connects the lift bridge and the new bridge – as a way to slow down cycle traffic. The construction was to be completed by September 2021.

But in November 2020 officials from the Minnesota Department of Transportation’s Cultural Resources Unit and the State Historic Preservation Office scrapped those plans, saying they did not maintain the historic street grid of the city’s historic commercial district.

State officials said any plans for a pedestrian plaza at Chestnut reflect the location and feel of the street, creating a visual separation between the sidewalk and the roadway and maintaining extended views of the historic Stillwater Lift Bridge. Among their recommendations: no curved walkways or grid patterns, no planters or permanent additions that are considered to be the street’s footprint, and materials should reflect the street’s historic color scheme.

Polehna said the planners at TKDA, an engineering, architecture and planning firm, had to design a more traditional pedestrian plaza to fit in with the historic nature of the downtown district.

The plan was modified to maintain the historic street grid of downtown Stillwater’s commercial district, with concrete sidewalks on either side; space for lighting and signage; space for benches and bike racks; and free space in the center for pedestrians and cyclists; The construction was to be done by September 2022, a year after the plan.

Then there was another delay. In February, Stillwater officials learned that contaminated soil had been discovered at the site.

Soil boring revealed that the first two and a half feet of soil covering most of the project area was contaminated and needed to be removed. Officials said contaminants, including petroleum, are commonly found in industrial areas.

The cost of removing the pollution? Another $225,000, said Sean Sanders, the city’s director of public works.

The Minnesota Department of Transportation, which owns the land and which had previously pledged $2 million for the project, agreed to cover the cost, he said.

Then, in May, the lowest bid for the project—$3.2 million from Menomonee, Wis.-based Pember Cos—came in more than the $400,000 originally estimated by the engineer for the project, meaning officials had to work on a plan. Had to do. To cover the additional cost.

Stillwater City Council voted on June 6 to bid for Pember. MnDOT will help with another $500,000, and the city will cover the rest using tax-increased financing dollars. The city’s required contribution to the project — 50 percent of the design cost, ineligible costs and costs in excess of the Minnesota state’s contribution — is estimated to be about $1 million, Sanders said, but that number could drop if approved by a ties request. The State Legislature is done.

Along with the design and engineering, the entire project is estimated to cost $3.65 million, he said.

Sanders said supply-chain issues and not getting materials like concrete manholes mean the project won’t happen until the summer of 2023.

NBC News: US to announce new sanctions against Russia after Bucha killing

What next for the global property market? – country Life