Trump’s Footsteps Painted the US Elections 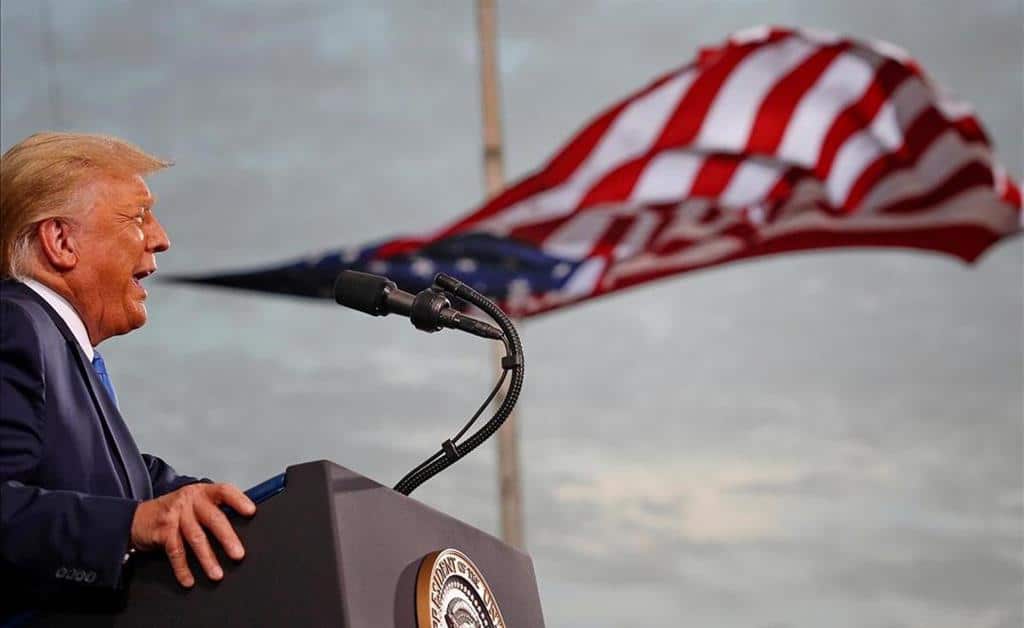 According to the CNN channel, in the exit polls, 58 percent of those interviewed viewed Republicans negatively, and these figures put them even below current President Joe Biden, with 41 percent in favor and 56 percent in favor. .

Meanwhile, the results of other investigations suggest that the tycoon was a burden to the candidates of his party, which is symbolized by the color red.

Nearly one in three (or 28 percent of voters) said their vote was to send an opposition message to the former Oval Office occupant, while just 16 percent said the decision on their ballot was to support Trump.

The television network noted that there is evidence of Trump’s influence in the elections held the day before, “and not in a good way.”

The outlet said the New Yorker backed the gubernatorial candidates of Pennsylvania, Maryland, Illinois and Michigan, who were convincingly defeated, while struggling to create a winning message for the election.

For the Senate, in votes that disputed 35 out of 100 seats, Trump’s trajectory was slightly better, CNN assessed.

Although his candidate Mehmet Oz defeated Democrat John Fetterman in Pennsylvania, other candidates promoted by the former head of state emerged victorious in North Carolina (along with Ted Budd) and Ohio (J.D. Vance).

In Georgia, it is too early to determine the outcome of the race between Republican Herschel Walker and Senator Raphael Warnock, but particular sites envision a second round for December 6.

Definitions are also unclear in the Arizona Senate race between Trump-backed Blake Masters and incumbent Mark Kelly; Nor in Nevada, the site of a confrontation between Adam Laxalt, who had the backing of the tycoon, and legislator Catherine Cortez Masto.

Asked what effect this might have on the election that redefines control of Congress, the 36 governing and other positions, the former president said: “I think if they (the red lines) win, they should All the credit should be given, and if they lose, they don’t. Blame at all.”

As CNN noted, “In Trump’s world, all good things are a direct result of his action, while bad things are definitely someone else’s fault.”

Analysts warned that it could take weeks for the lower house to know all the winners of the elections, and that states such as Arizona and Nevada, which are considered crucial to a Senate majority, could take several days to count all their votes.