Tsunami of Colombian migrants continues in US 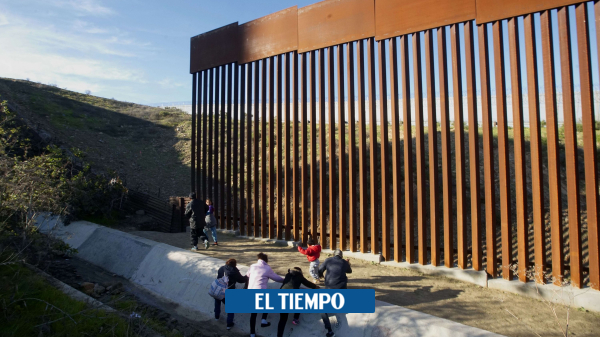 Despite measures taken to discourage immigration, there continues to be an avalanche of Colombians arriving at the southern border of the United States with the intention of living in this country, even if it is illegal.

This week the US Customs and Border Control Office (CBP) released figures for the month of March and they are worrying.
I
You may be interested in: ‘El Hueco’ towards the United States, more dangerous than ever

Between the 1st and 31st of last month, authorities detained 15,144 Colombians who were trying to enter the country illegally or applied for asylum at the time of their arrest.

This is an increase of 58 per cent over the previous month (9,600), which was already a record in recent history and tripled the number of January (3,911 arrests).

There has been an increase of 545 per cent in these 6 months as compared to all illegal migration (6,200 arrests) that took place in FY21.

High migration along the southern border has raised concerns among US officials that last month they signed a deal with Colombia Citizens are expelled through the controversial Title 42, which allows them to explicitly remove people and alleging that the COVID-19 pandemic has created a health emergency in the country without proper immigration procedures.

Since then, as such, more than 2,000 Colombians have been expelled from the US and returned on charter flights financed by Washington.

Till date, as per sources consulted by this newspaper, 20 such flights have already taken place since last month

But President Joe Biden’s administration has announced an end to Title 42 applications by May 23, which would indicate that migration, rather than decreasing, could extend until next month.

According to several organizations monitoring the situation, including WOLA, there are a number of factors that could drive the migration of Colombians to the United States.

Among them, the economic hardships these two years of the pandemic have left in the country, the arrival of Biden to the presidency – which many have seen as an invitation to emigrate after four years of lockdown enforced by Donald Trump’s previous administration. I have understood. that Democrats are driving immigrants at record levels- and the absence of a visa to enter Mexico, a country where they first arrive by air and then attempt to cross the border.

Can relations between Colombia and Russia break?
The famous and infamous TV presenter who raped over 500 children

The #1 Cause of Memory Loss, Science Says – Eat This Not That

David Olusoga wants Britain to face its past. All this.