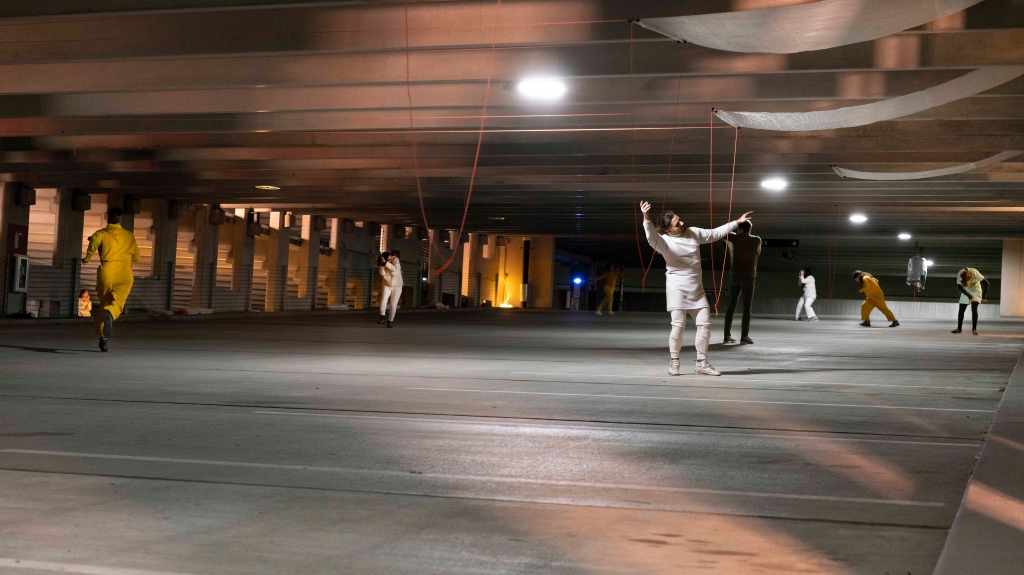 Working on her last large-scale project, multidisciplinary artist Pramila Vasudevan saw a blade of grass inside the parking ramp in which her project took place. Between the hard, dark corners of the concrete and the dim fluorescent lights, a plant found a small spot with lights.

This is where he got the idea of ​​Vasudevan’s latest project “Prairie/Concrete”. After giving it to Public Art St. Paul, a local non-profit that works to support artists and projects within the St. Paul community, Vasudevan worked with them to apply for the Joyce Awards.

St Paul’s Vasudevan was named one of the five awardees this week. With the $75,000 grant, Vasudevan will be able to implement the site-specific art installation “Prairie/Concrete” in its longer form. The project will culminate in the summer of 2023 as the centerpiece project for PASP’s first Triennial Arts Festival and is a blend of choreography, embodied movement and social practice within three local parks.

The Joyce Awards were created in 2004 by the Joyce Foundation, whose mission is to advance racial equity and economic mobility for the next generation in the Great Lakes region.

The award stems in particular from the Culture program within the foundation, which aims to promote its mission by supporting artists of color. Each $75,000 grant enables the creation and presentation of a new work that connects and builds the community.

And Vasudevan wants community engagement to be at the center of her work in the coming year. The “prairie/concrete” movement is an idea of ​​the relationship found between the making, plant growing processes, and the pursuit of green within urban spaces. This would be rooted in choreography, as Vasudevan has trained in the art of Bharatanatyam, a classical Indian dance, since she was a little girl.

‘It’s about an experience’

After spending more than 17 years engaging people in the Twin Cities in large-scale dance and public art projects, Vasudevan will continue to do so with her project.

“Prairie/Concrete” will be shown at Western Sculpture Park, Frogtown Farms and Hidden Falls Regional Park. People living around these parks will be involved in the construction process. This summer, Vasudevan hopes to hold mutual exchanges with community members to help shape the project as well.

“In contemporary public art, it’s not always about creating an object,” said Colleen Sheahy, executive director of PASP. “It’s about an experience, it’s more ephemeral and it’s more about relationships between people.”

A unique part of Vasudevan’s work is that she doesn’t just choreograph for professional, highly trained dancers, she works with anyone.

“It’s part of my choreographic challenge,” Vasudevan said. “How can I create an environment in which everyone who participates feels fully engaged and excited?”

When creating a new piece, Vasudevan engages not only with members of the community, but also with the history of the site. And the three parks he chose all stand on what was once indigenous Dakota land.

From the indigenous people living in these places to the pattern of small leaves, Vasudevan asks the question: “If I consider your presence, will you stay?”

Her artistic vision also lies in her constant learning about the history of her Tamil ancestry and what it means to be a South Asian woman living in America. Through “Prairie/Concrete”, Vasudevan aims to help the community create new ways of relating to each other and to the natural world.

How a Stunning Lagoon in Spain Turned into ‘Green Soup’