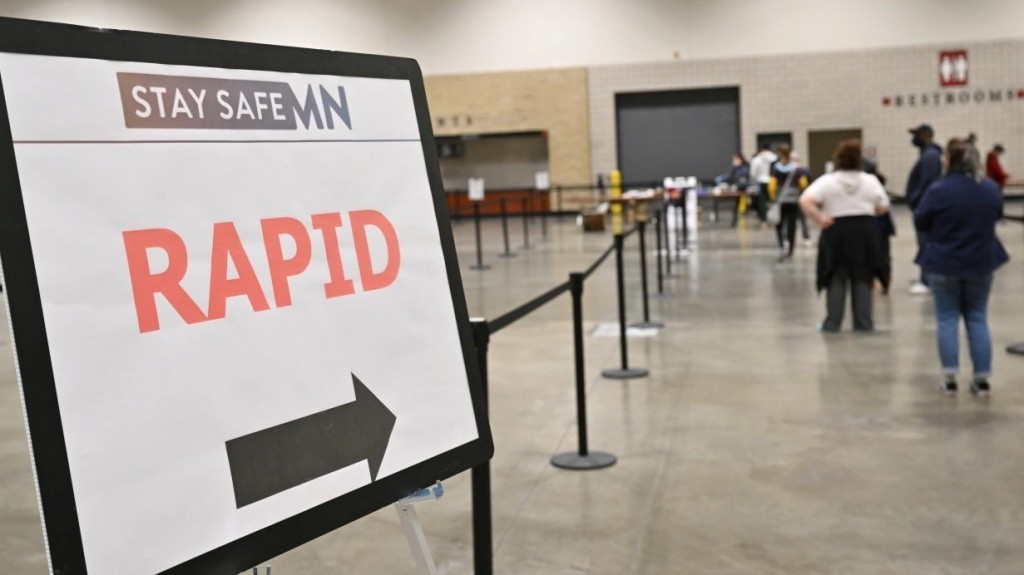 COVID-19 testing sites in the St. Paul Midway area and in Minneapolis Street. Pola International Airport will soon be issuing prescriptions for the antiviral drug Paxlovid to people who test positive and are at risk of severe illness.

This “test treatment” option will be available at the airport starting Thursday and at the former Herberger department store at 1400 W. University Ave., according to the Minnesota Department of Health. from Monday.

Those who test positive can be examined by a doctor on site, who will determine if an antiviral prescription is an appropriate treatment. For now, patients will get their medications at a pharmacy of their choice, but officials hope to eventually dispense antivirals directly at testing sites for treatment.

“COVID-19 drugs are a very important tool in our toolbox to help prevent serious illness and keep people out of hospitals, and treatment testing makes it easier for eligible Minnesota citizens to get these drugs,” Minnesota Health Commissioner Ian Malcolm . said in a prepared statement. “Minnesotans who are unwell and at high risk for severe COVID-19 should visit a place to get a treatment test or speak with their healthcare provider to see if the medication is right for them.”

In addition to these state sites, there are 60 other testing sites for treatment in the state, mostly in clinics and pharmacies.

Meanwhile, MDH also announced on Wednesday that several public test sites across the state will close by the end of the month, including in Bloomington and seven more outside the metro. Officials said demand for tests has declined recently and the state is looking to conserve resources to prepare for the possibility of a surge in cases in the future.