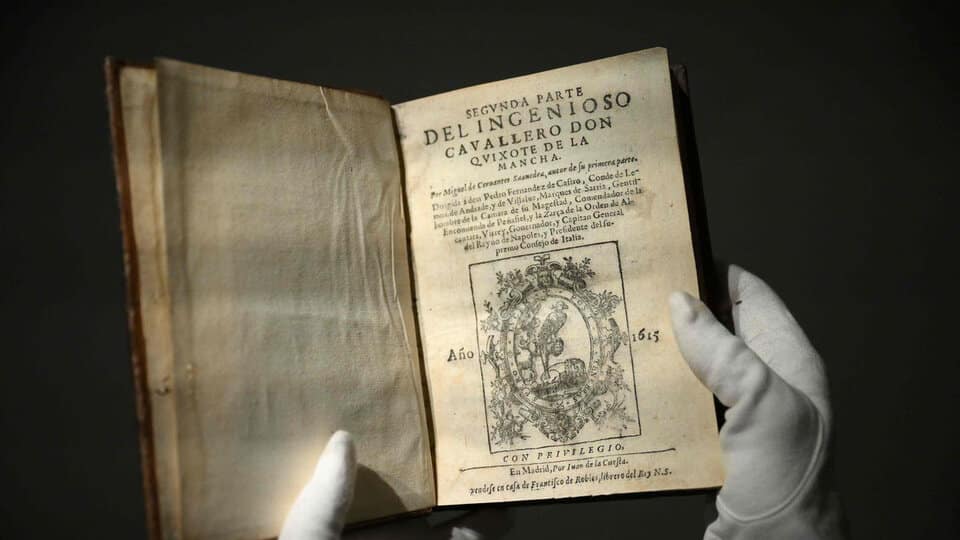 Of books Of older versions of quixote sold this wednesday for one Combined price of 504,000 EuroIncluding expenses and commission during the auction conducted by Sotheby’s in Paris.

The two samples match on the one hand, third edition of The Ingenious Gentleman Don Quijote of La Mancha From 1608, the last was corrected by Cervantes himself; first edition already the simple knight don quixote de la mancha part 2Since 1615.

Behind these two volumes is the story of a Bolivian diplomat, a passionate collector from almost a century ago: Jorge Ortiz Linares, appointed Bolivian ambassador to France in 1947, who, not long after An original version of the first modern novel in the history of literature.

In the 1930s his passion took him to London in search of those old books but he could not find what he was looking for. He left his contact details and in 1936 he received a phone call from a bookseller, forcing him to make a hasty trip to London, bookseller Ed Maggs, great-grandson of Uriah Maggs, founder of the Maggs Brothers Bookstore of Old Books, where the copies were located , reviewed.

Thus it was that on December 21, 1936, he acquired two copies of Don Quixote, Book I for 100 pounds at the time, and Book II for 750. They are unique copies because they were bound together for an English collector in the 18th century and it is very unusual to find Quixotes with such old bindings.

During the auction, three more copies of Don Quixote were awarded: The first pirated copy of the novel, dated 1605, showing the first graphic representation of Hidalgo and Sancho Panza, for 56,700 Euros; a French translation from 1616 for 75,600 euros; and the first illustrated edition in Spanish, from 1662, for 6,300 euros.

The original version of the Cervantes collection was completed with exemplary novel From 1613, owned by the first librarian of Louis XIV, which was sold for 403,200 euros.

All of these texts by the famous author exceeded the auction house’s forecasts, except for a pair of parts for Don Quixote (which came in below initial estimates) and the French translation (which fell below).

Francis of Quevedo was present at the auction with a 1724 copy of Spanish ParnassusAwarded for 252 Euros.

were accompanied by illustrations of literary works Goya“La Torromaquia”, which reached 132,000 euros.

Two works from the literature books of Latin American writers are inca garcilaso de la vega, Florida of the Inca, on the Spanish colonization of Peru which reached 107,100 euros; why Real Notes of the IncasAt the customs of this people of pre-Columbian America, awarded for 25,200 euros.

For a set of 87 lots, 4,012,344 euros were received, and the maximum auction was marked by some private letters from the French philosopher. descarteswhich was attributed to 705,600 euros including expenses and commissions.

Coronavirus: How long does it take for symptoms to appear after infection?