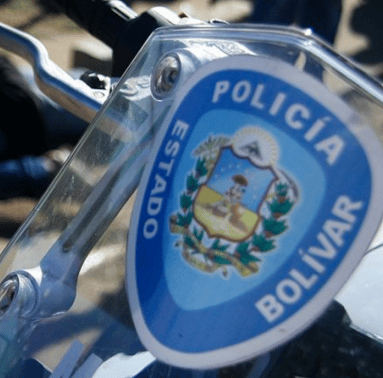 The group of men were presented before the Fourth Control Court in Ciudad Bolivar, which issued the measure.

Four civilians, two of them officers of the Bolivar State Police (PEB), were denied liberty for alleged drug trafficking.

The men were charged with alleged involvement in the smuggling of 11 marijuana wrappers.

The custodial measure was issued by the Fourth Control Court of Ciudad Bolivar.

According to information from the Ministry of Public Affairs, the quartet was charged with illegal smuggling of narcotics and narcotics in the form of transport.

Both civilians and men in uniform were charged with criminal union and the use of military clothing.

Police officers were arrested on Wednesday, 14 September in the city of Maripa, in the municipality of Sucre in Bolivar state.

Members of the Bolivarian National Guard ordered a driver to stop to inspect the vehicle in which they were traveling.

The medicine was hidden in spare rubber. Meanwhile, two bulletproof jackets were kept in a sound box.

Four civilians were caught by officers attached to the Los Pizigueos checkpoint.

The case was made available to the fifth prosecutor of the Public Ministry of the entity in the municipality of Angostura del Orinoco.

Officials are in custody at the headquarters of the Bolivar State Police, according to Public Ministry data. The other two subjects were transferred to the Ciudad Bolivar Judicial Imprisonment Center, known as Vista Hermosa Prison.

Conversation with Friends review: Joe Alwyn simply doesn’t have the on-screen magnetism that Paul Mescal had in spades

How to Transfer Covid Health Data to Smartphone