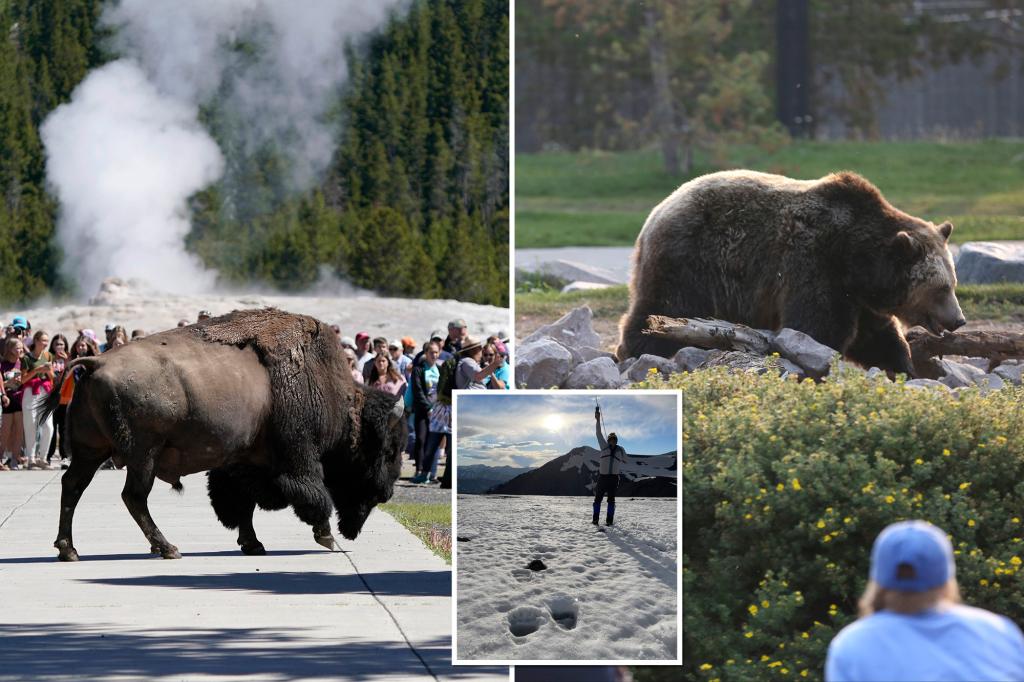 Two out-of-state visitors were injured in and around Yellowstone National Park in Wyoming this week, after a bison and a grizzly bear were attacked in separate incidents within a few days.

On Monday afternoon, a veteran 68-year-old outsider from Buffalo, New York, was in the middle of a multi-day backpacking trip into the Wyoming wilderness when he was crushed at high altitude by a grizzly bear at Franks Peak—a 13,000-foot The summit is to the southeast of Yellowstone National Park in what is known as the Grizzly Habitat.

The man was carrying bear spray, but Wyoming Game and Fish Department officials said the attack occurred too quickly for him to deploy it.

Despite his injuries, the unidentified hiker was able to activate a personal locator beacon (PLB) that was in his possession, which sent a distress signal to local law enforcement.

A helicopter team sent to the mountain found the hiker and escorted him to a medical evacuation helicopter, which took him to a hospital in Billings, Montana. There was no immediate word on his condition.

According to the statement, Game and Fish officials did not plan to pursue the bear that attacked the backpacker.

There are more than 700 grizzly bears in the Yellowstone area, spanning parts of Montana, Wyoming and Idaho. At least eight people have been killed by grizzlies in that area since 2010.

Just two days after a bear hunt at Franks Peak, a 71-year-old woman from West Chester, Pennsylvania, was struck by a bison near Storm Point in Yellowstone Lake, becoming the third person to be injured by a bison in Yellowstone National Park. in four weeks.

The National Park Service said in a news release that the unidentified hiker and his daughter inadvertently approached the bull bison as they were returning to their car at the trailhead, causing the animal to charge.

The victim suffered non-life-threatening injuries and was taken by ambulance to West Park Hospital in Cody, Wyoming.

On Monday, a 34-year-old Colorado Springs man who got too close to a bison near a giant geyser caught hold of a baby who was running away from the wild animal, as seen in the dramatic video.

The man sees the boy on the way to the bison and pushes him out of the line of attack. In doing so, he places himself between the child and the animal and is struck by bison’s horns and lifted into the air, the video shows.

On May 30, a 25-year-old woman from Grove City, Ohio, got within 10 feet of the bison and jumped 10 feet into the air, causing a puncture wound and other injuries.

Park officials urge visitors to stay at least 75 feet away from larger animals such as bison, elk, moose and coyotes, and 300 feet from bears and wolves.

US to introduce COVID vaccination for young children