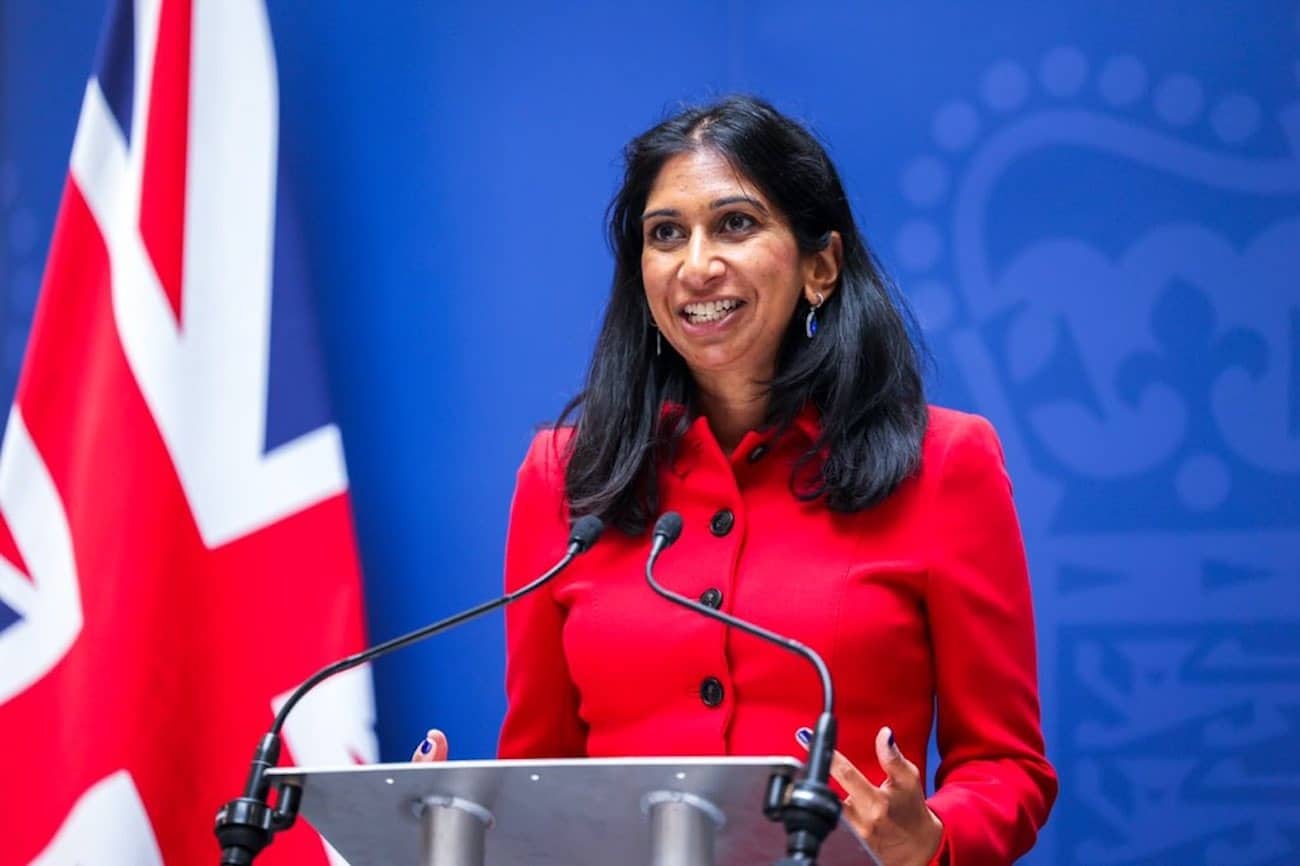 Braverman: Everyone who enters British territory irregularly will be returned to their country of origin expeditiously,
Or transfer to Rwanda. (Photo: americankahani.com)

In his first public speech since taking office on 6 September, the incumbent stated that anyone who entered British territory irregularly would be immediately returned to their country of origin, or transferred to an African country .

We have to stop the crossing through the channel. It has gone too far, the official told delegates at the ruling Conservative Party’s annual congress to be held in the British city of Birmingham.

Braverman, however, acknowledged that there is no preconceived formula for ending the constant stream of people who almost daily venture across the strait that separates France from England on rubber dinghies and other lucrative craft.

The problem is chronic, and organized crime gangs sell lies to thousands of people, the minister said, after pointing out that many of these individuals have drowned in the attempt.

The plan to deport irregular migrants to Rwanda predates the mandate of her predecessor Priti Patel, but intervention by local lawyers and the European Court of Human Rights has so far blocked the first flight of deportees to Kigali.

In this regard, the Interior Minister, who pointed out that many of those arriving in the United Kingdom come from safer countries such as Albania, promised to gain control of British justice in order to proceed with deportation.

Labor will try to stop us, the Liberal Democrats will go crazy, and the Guardian will collapse, and don’t get me started on the lawyers, he remarked.

According to unofficial figures, more than 30,000 people have reached Britain through the English Channel in 2022 so far, compared to more than 28,000 people who made the dangerous journey last year. (Source: PL)