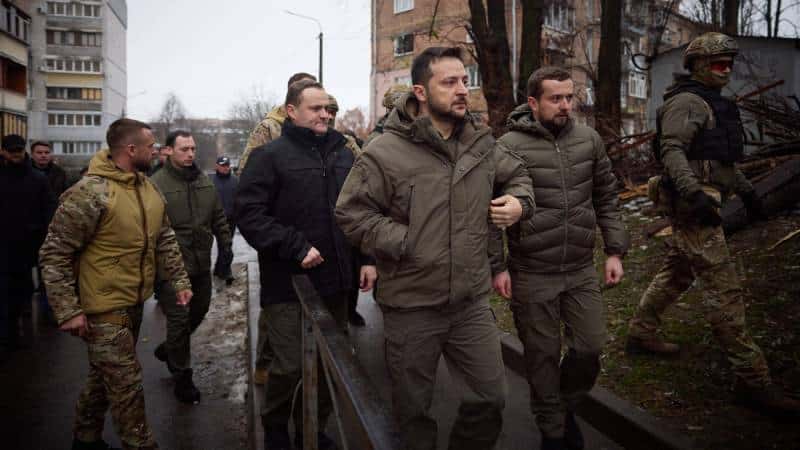 The European Union, Australia and the G7 set a cap on Russian crude oil at $60 a barrel, lower than the current price of $65. Ukraine asks to reduce it to $ 30 per barrel.

Ukrainian President, Volodymyr Zelensky, this Saturday found the $60 cap on a barrel of Russian oil imposed by the European Union (EU), the G7 and Australia to be insufficient and rejected by Russia.

The measure is due to come into force on Monday, along with EU sanctions on Russian crude, in a new twist to sanctions that have been in place since President Vladimir Putin ordered the invasion of Ukraine on February 24.

The current cost of a barrel of Russian oil (Ural crude) is around $65, so capping it at $60 would have limited impact.

Read also: According to the ambassador, Russia will stop supplying oil to Europe this year

According to the President’s Office, Zelensky said, “Setting this limit for the Russian (crude) price is not a serious decision, as it is comfortable for the budget of the terrorist state (Russia).”

“The logical thing would be to set a maximum price for Russian oil per barrel of $30 instead of the $60 proposed by Poland or the Baltic countries,” Zelensky said.

The 27 countries of the European Union, the G7 of most advanced economies and Australia agreed on Friday to cap oil price of $60 a barrel from Russia, the world’s second biggest fuel exporter.

Ukrainian officials were more optimistic Saturday morning about the outcome of the measure.

May interest you: Putin wants to negotiate, Ukraine wants to win the war

Andrey Yermak, chief of staff to the Ukrainian president, said, “We always achieve our goal and Russia’s economy will be destroyed and Russia will have to take responsibility for all its crimes.”

However, Ermak had already admitted that it should have gone down to $30 to “destroy the (Russian economy) more quickly.”

The Ukrainian president said, “It is only a matter of time before we equip ourselves with stronger equipment.” “It is a pity that we are wasting time,” he said.

The G7 (the United States, Canada, Germany, France, the United Kingdom, Italy and Japan) assured that it would “prevent Russia from profiting from its aggressive war against Ukraine” and “support stability in world energy markets”. Intends with the measure of. ,

Russia categorically rejected those limits: “We will not accept such limits,” declared presidential spokesman Dmitry Peskov, adding that Moscow was “analyzing” the measure.