UN Secretary General thanks Amir for Qatar’s efforts in Gaza 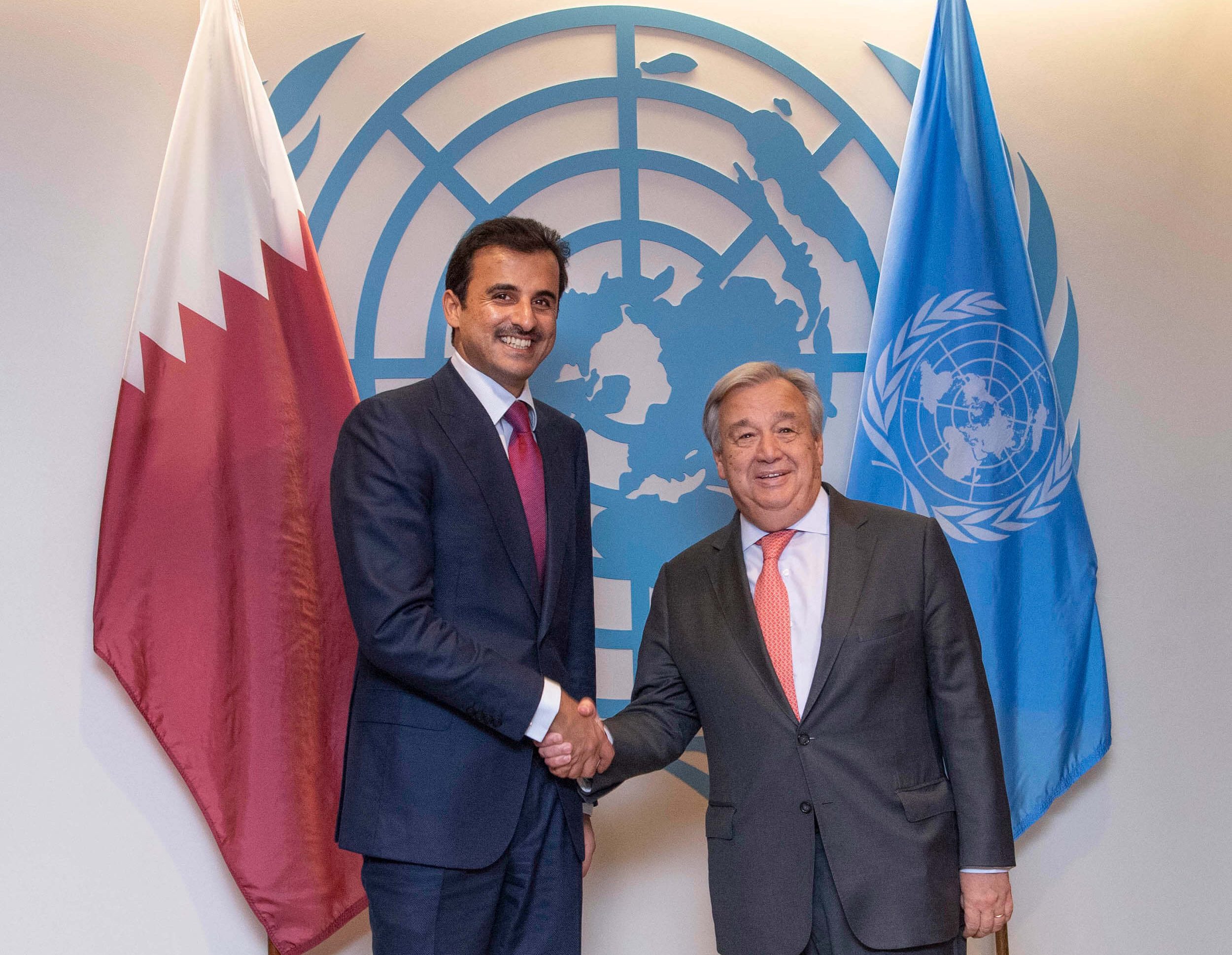 Qatar played a major role in Gaza in May 2021 when it mediated a ceasefire following an 11-day Israeli attack on the city.

UN Secretary-General Antonio Guterres has thanked the Emir of Qatar Sheikh Tamim bin Hamad Al Thani for the efforts in Gaza during a phone call.

According to Qatar’s News Agency (QNA), Sheikh Tamim and the UN official also discussed other issues of common concern, without providing additional details on the talks.

The Gulf state is providing the besieged Gaza Strip with humanitarian aid to help meet the needs of the city’s 2.1 million population. The Palestinian city became known as the world’s largest open-air prison due to the air, land and sea blockade imposed by Israel in 2007.

Qatar has repeatedly denied normalcy with Israel as long as it continues its illegal occupation of Palestine and human rights violations against Palestinians.

Last year, Qatar provided Gaza with $360 million, an amount that was distributed throughout 2021. In 2019, the Gulf state pledged $480 million to support Palestinians in the West Bank and Gaza.

Qatar played a major role in Gaza in May 2021, when it worked with Egypt in mediating a ceasefire following an 11-day Israeli attack on the city. At least 260 Palestinians, including 66 children, were killed in the attacks by the Zionist state.

Israeli airstrikes destroyed large parts of the city and major commercial buildings, including Al Jazeera’s office and the Qatar Red Crescent Society (QRCS) headquarters. The buildings were completely leveled as Israel insisted it was fighting Hamas.

Half of the aid package has contributed to providing electricity to the Palestinians to help increase Gaza’s power supply from two to 16 hours a day. Half of the donations went to 430,000 of the poorest families living in the city, each receiving $100.

Commenting on allegations of funding the ruling Hamas movement in the city at the time, Qatar’s Foreign Minister Sheikh Mohammed bin Abdulrahman al-Thani said, “Palestinians are not the only Hamas.”

Sheikh Mohamed said in May last year, “We cannot reduce the occupied Palestinian people and consolidate them into just one group … there are people who are suffering and suffering from this war, the war.” A lot of children have been killed in me.” ,

During the same month, QRCS launched a 60 million QAR fundraising campaign for Palestine under the title ‘We Are All Palestine’. The campaign aims to benefit more than 593,000 Palestinians in Gaza, Jerusalem and several cities in the West Bank.

Before the flare-up in Gaza, Qatar announced plans to set up a natural gas pipeline to double the city’s daily electricity supply to 400 megawatts. The European Union contributed some $5 million to set up a gas pipeline from the Gaza border to the power plant.

In June, Qatar-funded fuel entered the Gaza Strip to power the city’s power station for the first time since May. Fuel supplies had stopped reaching Gaza due to Israeli sanctions that limited the entry of Qatari fuel into the strip.

At least 600 MW of electricity is needed to meet the 24/7 supply to the entire population of Gaza. Residents get electricity within eight hours of rotation and suffer heat without electricity.

Israel also withheld fuel from power plants and cut off supply to Gaza’s only power plant in 2020, forcing it to shut down. It also controls up to 90% of water sources and statistics show that only 10.5% of Palestinians in Gaza have access to safe drinking water.

More than 96 percent of Gaza’s aquifers are not safe for consumption, forcing Palestinians to buy water at inflated prices despite having full rights to use it for free.

Trucks carrying goods across the Strip face constant roadblocks in apartheid conditions and major crossings are closed at unexpected times.

Before the ban, at least 30,000 Palestinians were able to travel through the Erez crossing on a monthly basis. By 2020 the numbers decreased by 85%. Same is the case with Rafa crossing.