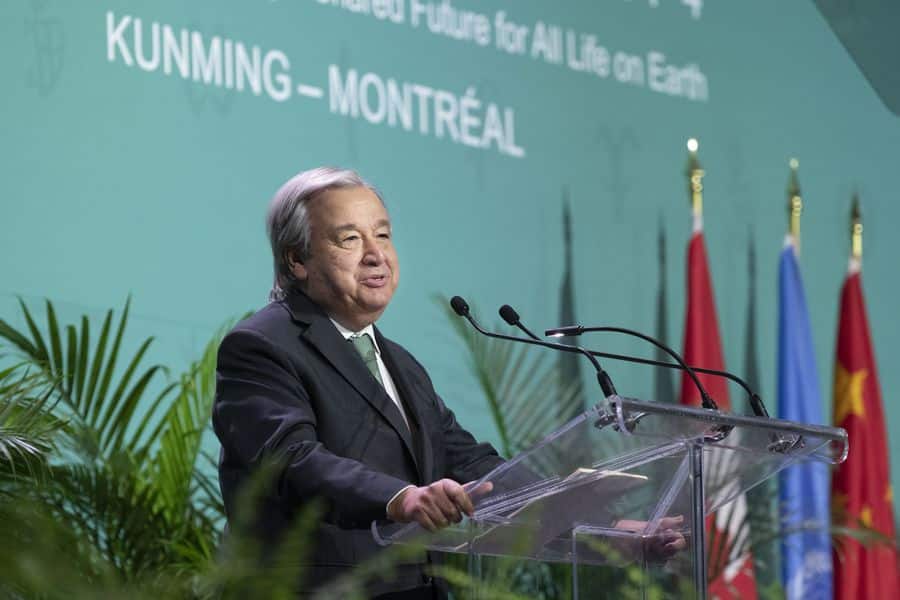 UN Secretary-General Antonio Guterres warned on Tuesday that Humanity has become a “weapon of mass extinction”, criticizing that society is “treating nature like a toilet”.

“With our insatiable appetite for inequitable and uncontrolled economic growth, humanity has become a weapon of mass extinction. We are treating nature like a toilet. And ultimately, we are indirectly killing ourselves.”Guterres said.

“Humanity seems bent on destruction. We are at war with nature”, the United Nations’ highest authority regretted in its opening address at the United Nations Conference on Biological Diversity, better known as COP15, being held in Montreal, Canada.

At the same time, criticized deforestation, desertification; the use of plastics, pesticides and fuels; as well as mass consumption.

“Unsustainable production and consumption are driving up emissions and degrading our land, seas and air,” he condemned, pointing out “Multinational corporations that are filling their bank accounts while draining the world of our natural gifts.”

Thus, the head of the United Nations expressed regret “Ecosystems have become toys for profit.” Meanwhile, they estimated the annual losses due to the degradation of these ecosystems at three trillion dollars by the end of 2030.

To this end, it has recommended three concrete actions: ambitious and transversal national action plans, subsidy programs for ecological solutions and Projects for the recognition of the rights of indigenous peoples and local communities.

“My Imaginary Country” Debuts in US Theaters