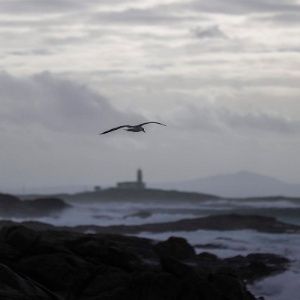 The United Nations Educational, Scientific and Cultural Organization (UNESCO) reported on Wednesday on the implementation of an analysis of marine biodiversity carried out in 25 protected areas of the planet, many of them located in Latin America and the Caribbean.

Through an official statement released in the context of the opening of the United Nations Conference on Biological Diversity (COP 15) in Montreal, Canada, UNESCO highlighted its intention to protect marine ecosystems.

In this sense, he warned about the need to take a “snapshot” to understand the impact of climate change on these ecosystems and to design conservation strategies.

starts today #COP15Convention on Biological Diversity @ONU_es which will bring together governments around the world to finalize a historic agreement to guide global action #Biodiversity Between now and 2030.

In this sense, UNESCO indicated that in the coming months it plans to include the territories of Bangladesh, Belize, the United States, France, Mauritania, Mexico, Panama, Sudan, Yemen, among other countries.

UNESCO Director-General Audrey Azoulay explained that gathering more evidence and sharing that knowledge quickly and openly has never been more important in addressing the existential crisis that humanity is facing.

According to official figures, fossil fuels generate 75 percent of greenhouse gases and 90 percent of carbon dioxide, making them the largest contributors to the climate crisis.

For his part, United Nations (UN) Secretary-General Antonio Guterres denounced the insatiable appetite for unfettered and unequal economic growth at the opening of COP15.

In his speech, the Portuguese diplomat stressed the need to protect the planet.

“We must make peace with nature. I urge all of you to do the right thing. Stand up for nature, for biodiversity, for humanity”, he said.

Associated Press source: 8 rounds in the first leg of the expanded Champions League