United Kingdom: Mass closure of pubs due to removal of electricity subsidy | The financial assistance provided by the government will end in April 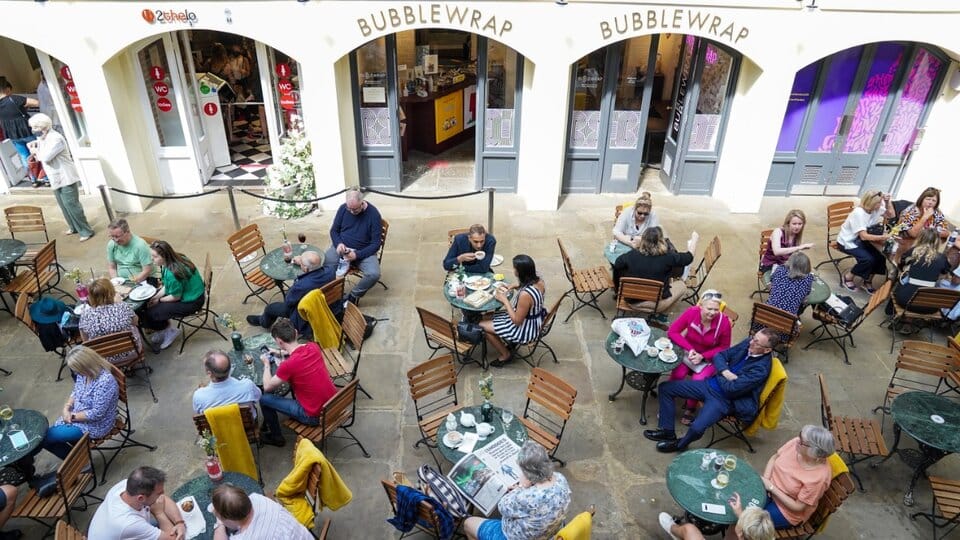 Many pubs and breweries across the UK will be forced to close their doors forever Members of the sector on Monday warned that if they do not get more subsidy from the government to pay electricity bills. closure will be widespread If the Energy Payments Assistance does not extend beyond March 31, 2023According to a study by Consultancy frontier economics Brewing for the British Breweries and Pubs Association (BBPA).

Covid, Brexit and the war in Ukraine

Pubs and breweries are expected to be at risk as electricity bills return to their regular rate after government aid ends in March. 20 percent loss on averagepicked up reports showing that energy costs are currently the biggest threat to its viability and will be even more dire when the relief plan expires in April.

added this scenario cost inflation in other parts of their food and beverage businesses, which, if wages are added, Contributes to eroding profit margins, “Recent economic shocks from Covid, Brexit and the war in Ukraine have put sustained pressure on businesses,” he said in the study. Tim BlackAssociate director of the retail and consumer team at Frontier Economics.

“a stark and very sad image”

Gemma GardnerJoe who runs The York Hotel, a pub with rooms in the English town of Morecambe, said not only were his energy bills exorbitant, but his provider had also added unexpected extra charges outside standard rates.

“We have tried to change providers but have been turned down, and the only reason we can move on is because our bar company is helping us. We are fighting for our bills as well as for our customers so we are under pressure from both sides, We’ve even started offering free food to encourage customers to come and buy drinks,” Gardner said.

for his part Emma McClarkinThe CEO of BBPA said that there is a long-term guarantee that energy costs and contracts will be fair and reasonable when spring arrives in Europe. “They’re planning now for the coming months, but they need a guarantee that bills don’t skyrocket, completely wiping out profits.”McClarkin said.

The director added, “We urge the government to seriously consider the impact skyrocketing energy costs will have not only on the businesses who have to pay for them, but also on the communities that are embedded in the UK and their do service.” for whom the figures “paint a very depressing picture of what will happen after 1 April if our sector does not receive additional support”.

British Industrialists and the Depression

The gastronomic sector is not the only one in the grip of the crisis. Confederation of British Industry (CBI) claimed on monday Measures “to support growth and investment” Looking ahead to 2023. “The UK is experiencing skyrocketing inflation, negative growth, falling productivity and business investment stagnating. Businesses see opportunities for potential growth, but Lack of reason to believe in the face of adversity is stopping them investing in 2023“, warned Tony DankerCBI CEO.

In a statement, the reference to the body representing British industrialists acknowledged that the government could change the situation, and that its action or inaction to support growth and investment would be decisive in whether the recession is shallow or deep. ,If action is not taken, we will see a lost decade of development. GDP is a simple multiple of two factors: people and their productivity. But we don’t have the people we need or the productivity,” Denker warned, adding that there is no time to waste.

,The Prime Minister and the Chancellor should use the growth levers To ensure that this slowdown is as short and shallow as possible, but also to address the persistent weakness in investment and productivity. Danker insisted, “We can’t have another decade where both are stuck.” Power.

High inflation is at the heart of increasingly weak economic activity and The consumer price index is expected to peak at 11.1 percent in October, Oldest in 40 years. In recent months, workers in several sectors, notably railways, subways, post offices and nurses, have gone on strike demanding better pay.

How Russia is capitalizing on climate change