United States of America: A Mormon convert, a young missionary and a founding mother marching to the altar 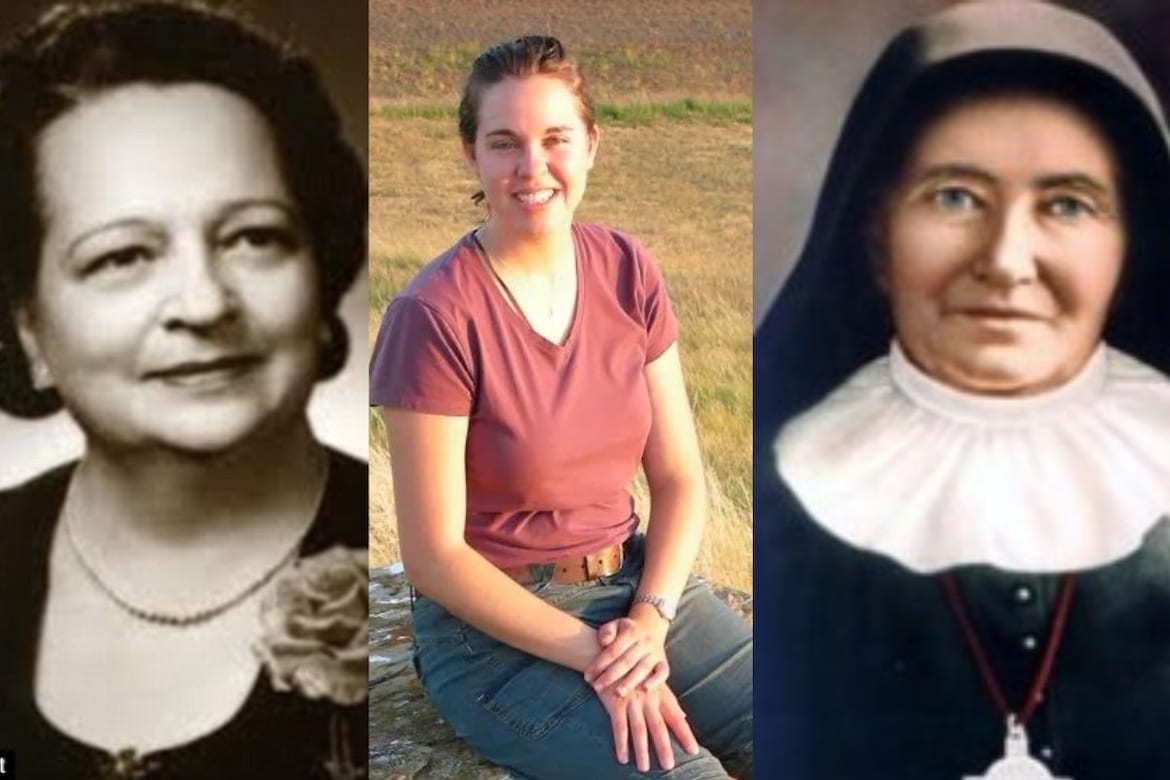 After a statutory consultation, the US bishops gathered in their fall plenary to give the go-ahead for The process of beatification and canonization is underway Of three servants of God: a converted mother, a young woman and a nun.

is about Cora Louise Evans, Michelle Dupong and Mother Margaret Mary Healy-MurphyThree women who, according to their respective dioceses, lived to a heroic degree the faith, hope and charity for which they walk to the altars.

According to the Diocese of Monterey, United States, Cora Evans was born on July 9, 1904. and grew up as a member of The Church of Jesus Christ of Latter-day Saints.

She married McClellan Evans at the famous Mormon temple in Salt Lake City, Utah, an event that was a turning point in her life, as she would later confirm that the ceremony left her disillusioned and disillusioned with her faith, especially Formative doctrine that placed man-made gods above the God of Abraham.

“I was without God or religion, but I had found a wonderful husband. As I watched him and learned to love him more and more, I made up my mind help him find a god“, Told.

in the next decade, Cora and Mack had three children., As she mourned the loss of her son, Bobby, who was just ten months old, Cora looked to several religions for comfort, but her upbringing prevented her from asking about Catholicism.

On December 9, 1934, while living in Ogden, Utah, Cora was sick in bed, and the radio was on across the room. Lonely and too sick to get out of bed to change the weather, heard Mr. Duane Hunt speak about the Blessed Mother and the teachings of Catholicism.

His message contrasted with the negative stories Cora had been told about Catholics, and as she recovered from her illness, went to the nearest church parish of San Jose, to ask and answer your questions about the faith.

His research has covered a series of meetings, including Arguments took place in his home between the parish priest, Pastor Edward Vaughan, and several Mormon bishops, Cora was surprised at Father Vaughan’s demeanor and the clarity of his answers to questions about Catholic doctrine.

Cora Baptized into the Catholic Church on March 30, 1935 and received his first communion the next day. Her husband and daughters, Lavon and Dorothy, followed suit a few months later. He died on March 30, 1957.

reasons for beatification and canonization Servant of God Cora Louis Evans was formally inaugurated in June 2010.

The Diocese of Bismarck announced that Michel Dupong Born on 25 January 1984, At the age of one, his family moved from Colorado to a farm in North Dakota. Michele appreciated the small country church of San Clemente located near his home and made frequent trips there as an adult.

during the years of his education grow in their faith and spiritual life, which flourished through the Catholic College Student Shelf ministry, particularly at the Newman Center in St. Paul.

After completing his Horticulture degree in 2006, Michelle’s desire to bring others closer to the Lord Becoming a missionary came true to help youth on college campuses grow in their relationship with Jesus and His Church.

In 2012, it became Director of Adult Faith Formation for the Diocese of Bismarck. While serving the church in this role, he coordinated many important events and reached out to parishes within the diocese, using his talents and missionary zeal to lead other souls to Christ.

On 29 December 2014, michelle had cancer And he fought the disease with fortitude and grit and a buoyant spirit.

during his illness, Example of unwavering faith in GodLoyalty to the Church, and was widely known by those who knew him for his patient suffering, his devotion to prayer, and his Christian charity.

Michelle passed away on 25 December 2015, at age 31. His widespread reputation for the sanctity of life serves as an inspiration to many youngsters.

For its part, the Archdiocese of San Antonio reported that Mother Margaret Mary Healy-Murphy was born on 4 May 1833 in County Kerry, Ireland. Her mother died in childbirth when she was five, and in the years that followed, Margaret saw her family and the rest of Ireland struggle to survive the ravages of the Famine.

Margaret immigrated to the United States with her father when she was 12, but her father died shortly after her arrival. He With their siblings, aunts and uncles they used to make their way to several southern states and eventually to Mexico, where he operated a hotel.

Margaret and her family moved to Texas in 1849, marrying John Bernard Murphy. while her husband was away on business attended to the pastoral and material needs of his neighbors Even riding 35 miles on horseback to secure medicine for yellow fever victims.

civil war is raging and her husband is away, most likely for safety, Margaret moved from Corpus Christi, TexasHelping your neighbors with their chores and cooking food for those in need.

After the war, Margaret volunteered at St. Patrick’s Parish, even when a yellow fever epidemic broke out in the city. He worked with the priest John Gonard, who later died of illness.

After her husband’s death in 1884, Margaret Operated Tuberculosis Hospital in Corpus Christi. After a few years, he moved to San Antonio.

In 1887, responding to a request from bishops during the Third Plenary Council in Baltimore, he was prompted to use his own finances for c. Build the First Black Catholic Church and School from the city. With prevalent racial prejudices, he struggled to secure finance to maintain his project and a stable faculty.

On June 28, 2022, Archbishop García-Siller announced his intention to formally open the diocesan investigation phase. About the life of mother Margaret Mary Healy-Murphy.

For Australia, the Winter Games may be fertile ground for gold.