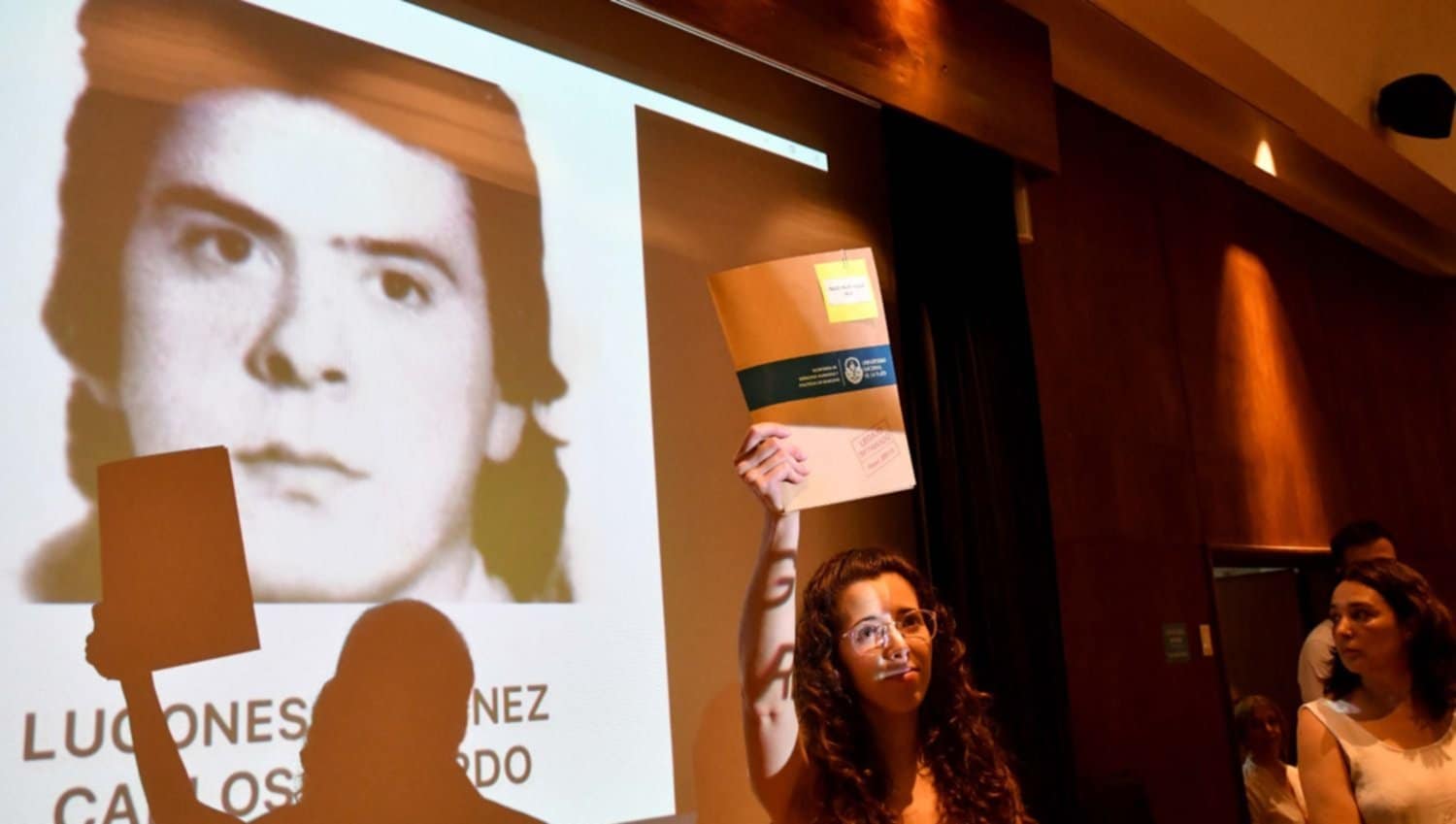 The National University of La Plata (UNLP) files on some 157 medical students and teachers who were abducted and disappeared during the previous civil-military dictatorship were repaired and handed over to family and friends this Monday, detailing the victims’ status. Due to state terrorism, he never again attended classes at the Faculty of Medicine in La Plata.

In a massive repair work held at that high school on Monday morning, the president of the UNLP, Martín López Armengol, was handed over to the Dean of Medicine, Juan Angel Basualdo Farajat, and the UNLP Human Rights Secretary, Verónica Cruz. Files of the next of kin of these people where their status as victims of state terrorism is recorded.

Most of the files respond to students, teachers, non-teachers and graduates who were abducted, murdered and disappeared during the last military dictatorship.

“We are participating in an act of justice in a historical, symbolic and physical sense. A just act that we are proud to do, an act of memory transference”, the Dean of Medicine began his speech.

Earlier, in a packed Great Hall of Medicine and despite the sweltering heat of the day, relatives, friends and fellow terrorists moved, apparently, to seats and onto the steps, taking place to participate in the memory reparation act.

“Comrades and comrades who were detained and banished. Present! Now and forever!” It was the phrase that opened the ceremony and everyone present applauded for several minutes.

Farjat noted the importance of “providing new generations with the tools” and “actively contributing to the creation of subjects capable of analyzing situations and constructing their own discourse”.

“The last military dictatorship implemented a brutal repression that used a monopoly of force against civilians, stripping them of their fundamental rights and their lives,” he said.

For the dean, this action “became fierce with the city of La Plata, with the university community, with our faculty”, but -he said- “what the dictatorship did not see is the powerful rise of resistance from our city, relatives and Part of the militants, being emblematic representatives, are Chicha (Mariani), Hebe (de Bonafini), Estella (de Carlotto) ”and applause again filled the room.

Farjat reviewed the policies carried out within the Faculty during the decades of dictatorship and how, from the repair work, the “systematic concealment of data” showed the actions of “many professionals”.

He also highlighted that since 2018, the Human Rights Commission and the Commission to Repair the Files of Missing Students, Harassed, Tortured, Disappeared or Deported have been established.

Farjat said, “Reconstructing the past allows us the collective construction of human rights protections and guarantees of non-repetition” of “corridors and classrooms that are prevented from continuing, and above all, knowing why”.

By repairing the files, UNLP resolution 259/15 is followed, which indicates that the files should record “the real reason that determined the interruption of the work or student performance of all those who participated in the previous civil-military dictatorship”. were victims of”.

This in turn was explained by Verónica Cruz, who said that the proposal seeks to “record” in the files of the University of La Plata approximately 800 people who were detained, disappeared and/or murdered during the civil-military dictatorship. taxed, and the stage of parastate terror of their status as victims of state terrorism”.

He noted that this policy “expresses the decision to train professionals with memory, academic excellence, but who identify themselves as political subjects, capable of confronting injustice, and of emancipatory collective projects”. able to strengthen.

Guadalupe Godoy, UNLP’s director of memory and reparation policies, explained to Telam a few days ago that, “in the case of the Faculty of Medical Sciences, the reparation process was possible after the change in management in 2018, the institutionalization of human rights policies and the reparations for this student movement should be requested

US and allies promise unity on Russia; do what is not so clear

Movies love a comeback story. This summer, it’s his turn.