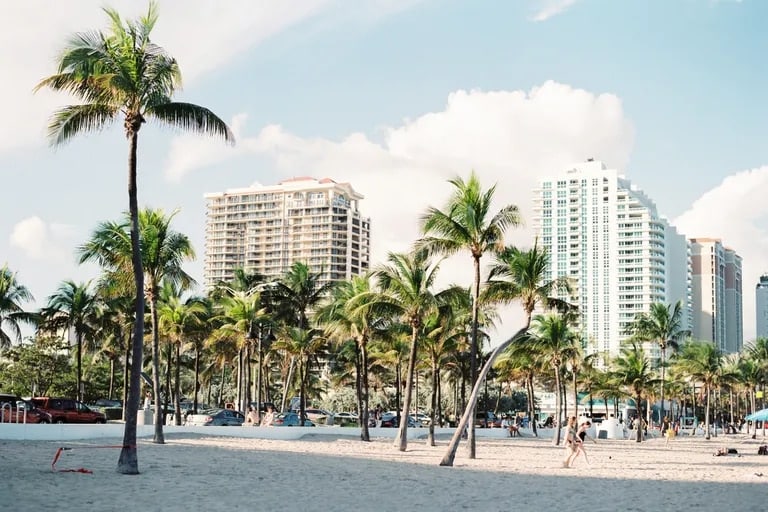 Real Estate Market Experiences In Florida meltdown event This has investors and real estate agents shivering as they see cancellations of home sales in at least six cities. Although there is a national decrease in domestic transactionswhich takes place in the three metropolitan areas of Florida is unprecedentedaccording to at least one report redfinwhich analyzed the data of users who were searching for properties through its platform to know about the market trends.

company analysis redfin recorded that the path of Hurricane Ian in late September 2022, ended the crisis in the region, Due to this unfavorable situation a 58% drop in home sales year over year in the metropolitan area of cape coral, in Lee County, Florida; This is almost double the national average (32%).

Other Florida locations that saw a sharp drop in sales Miami, con 47%; Jacksonville, 46%; Y West Palm Beach, 43%. Meanwhile, the areas of Delta, Tampa and Orlando They also decreased their sales by more than 40%.

Now, the forecast for the situation in Florida could be playing in favor of investors, who are willing to buy and remodel damaged homes in the area and then wait for the market to improve.

Why Are Home Sales Falling In Florida?

According to redfin, The real estate sector in Southwest Florida rebounded following the passage of Hurricane “Ian”, although it was also reported The situation in the area “was already more serious compared to recessions in other parts of the United States.

It was also highlighted that Many families moved to Florida during the pandemic“driving prices to record highs and overheating markets.”

It is curious because Two out of three homebuyers admitted they were reluctant to move to a climate-threatening location; However, during the pandemic, many people flocked to Florida in search of affordable prices, low taxes, and warm weather.

In recent times, the forum took place The Real Deal’s South Florida Showcase, Where developers, owners and the most influential brokers in the real estate sector met to analyze the current situation.

While they agreed to recognize the industry’s difficult moment, experts acknowledged some niches have to be rearranged And they have to overcome the challenge of rising cost of construction and inflation. Still, they are optimistic about the near future.

In a panel between developers Ian Bruce Eichner, Arnaud Karsenti and Carlos Rosso, it was explained that despite the adversities, the South Florida real estate market is no closer to experiencing the collapse of 2008.

Meanwhile, Ryan Serhunt of Agency, He advised all those interested in real estate to be smart, skilful and aware of what is happening in the markets.

MS Dhoni: Dhoni was in trouble on the streets of London, traveling alone was expensive!

Getting old isn’t scary. Things to keep in mind as you age