US agriculture sector seeks to strengthen ties with Cuba 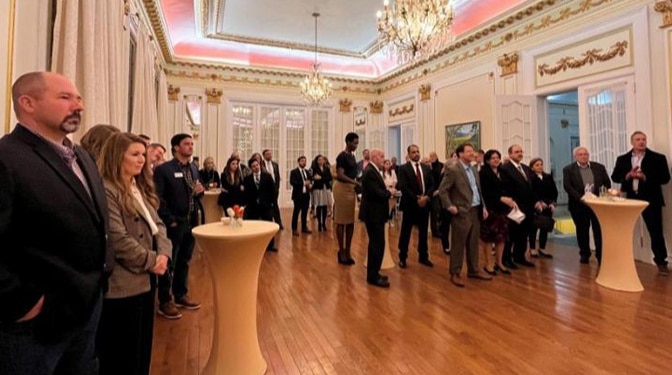 The US agricultural sector has defended commercial relations between Cuba and the United States for years.

Havana, 15 December (RHC) US agricultural sector saved over the years Commercial relations between Cuba and the United Statesexpressed the members of American Farm Alliance for Cuba During a meeting with the island’s diplomats.

The meeting, held at the Cuban Embassy in the United States, was also attended by members of the Arkansas Committee of Young Farmers and Ranchers, groups interested in doing business with Cuba, and US congressional offices with jurisdiction over the subject, TODAY reported. . of Cuban Foreign Ministry,

During the exchange, the need for a new regulatory framework was highlighted that does not deprive the Cuban economy of access to monetary resources and that facilitates its development and normal operation. This would allow for the expansion of two-way trade and cooperation to the benefit of both countries, attendees said.

The head of the Cuban diplomatic mission, Lianis Torres Rivera, recalled the commitment of the agricultural sector to the market of the Greater Antilles, expressed in letters addressed to President Biden requesting the lifting of the embargo on Cuba; as well as participation in the 3rd Agriculture Conference in Havana, the first US-Cuba Business Forum and the visit of a bipartisan congressional delegation focused on the region.

Likewise, they highlighted the ongoing process of socioeconomic transformation being experienced by Cuba, which provides greater opportunities for bilateral interaction.

The mother of the family announces a savings system based on bitcoin; the community applauds

Polanco drives in 4 runs for Twins, who beat Rays