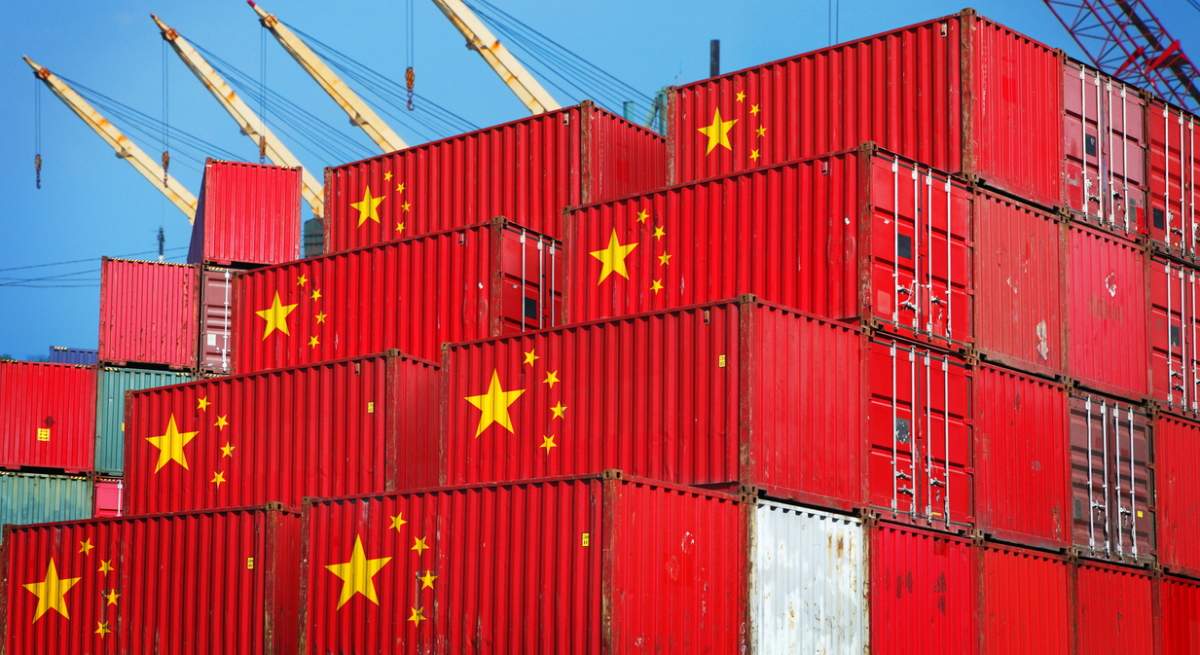 The post-Covid global economic uncertainty is causing the ‘factory of the world’ to receive fewer orders. Every known piece of information confirms that China’s exports to the West continue to decline. This matter is particularly important with the US. The situation is not really helping China which is trying desperately to prevent its economy from going into recession and is indicative of the global scenario to come. The other side of the coin is the change in the map of world trade and shipping routes which had become traditional.

US logistics managers are bracing for delays in deliveries of goods from China through early January as a result of canceled container ship departures and expanding exports by ocean carriers. The latter are running a proactive capacity management strategy by announcing more empty (cancelled) departures and suspending services to balance supply with demand,

“The steady decline in container rates from Asia, coupled with a lack of demand, is forcing ocean carriers to cancel more sailings than ever before,” explains Joe. Monaghan, CEO of Worldwide Logistics. And the figures are clear: US manufacturing orders in China drop by 40 percentAccording to the latest data from Heat Map on Supply Chains produced by cnbc American. As a result of the drop in orders, Worldwide Logistics expects Chinese factories to close two weeks earlier than usual for Chinese Lunar New Year – the Chinese New Year’s Eve falls on January 21 in 2023.

Supply chain research firm Project44 describes how the volume of TEU (twenty-foot equivalent unit) containers shipped from China to the US is set to drop significantly from the end of summer 2022, after trade reached record levels during pandemic lockdowns. including a 21% decrease in total container volume for ships between August and November.

Asia-based global shipping company HLS has warned its customers about the shipping business environment in a recent statement. “seems to be Bad times for the shipping industry, We have a combination of declining demand and excess capacity as new tonnage enters the market. Negatively affects freight rates in 2023.

Recent increase in closures for covid in china -beyond the recent initial headlines- continues to affect construction works and delay cargo departures. There are also local access barriers to inter-provincial and inter-city transport, particularly related to truck driver test requirements, which will greatly affect truck capacity. Similarly, in Americabig ones west coast ports Los Angeles and Long Beach have seen the biggest declines in trade, according to Project44’s vice president of outlook, Josh Brazile, as shippers moved some of their shipments to the East Coast to avoid the risk of a major union strike at West Coast ports. diverted. ,

Data on empty (canceled) departures shows that reductions in vessel capacity on the transpacific route (from China to the US) continue at a significant pace. Maersk and MSC’s 2M Alliance has suspended almost half of its services On the US West Coast for December. Ocean Alliance (CMA CGM, COSCO Shipping, OOCL and Evergreen) and Alliance (Ocean Network Express, Hapag-Lloyd, HMM and Yang Ming Line) have cut their total vessel capacity by 40-50% until the Chinese New Year.

The HLS aggregates trade data that shows US imports from Asia fell to their lowest level in 20 months in October. go deeper october data, a clear picture is obtained. Exports in dollars fell 0.3% in October from the previous year, as reported by China’s General Administration of Customs in early November, well below the 4.5% increase economists expected and September’s 5.7% .

This is the first time since May 2020 that exports have registered negative year-on-year figures. Breaking down the data further, export growth decelerated further for both the US and the EU. Exports to Europe fell 6% in a month, with an even deeper decline of 7.4% m/m for exports to the US. It seems clear that their economies are freezing and demand is falling due to high inflation and rising cost of living.

“China’s export volumes declined sharply in October due to worsening global economic conditions and a drop in demand related to the pandemic. This time, the decline cannot be blamed on supply chain issues. Although last month’s virus Disturbances had intensified, the manufacturing sector was largely free of restrictions. Instead, the recent decline in export volumes reflects a reversal of increased global demand for Chinese goods during the pandemic,” Capital Economics learned after the data. In assessed the Chinese economist Jichun Huang.

“Covid cases started rising in October, but this has had little impact on factory activities, and no cases have been detected in ports. So we can rule out shipping delays as a factor in the contraction. Inflation remains high in Europe and the USWhich could be one explanation,” agreed Iris Pang, ING’s chief economist for China at the time. “Concerns about stagnation in developed markets grew as major economies further tightened their monetary policy,” Bruce Said Pang, chief economist at Jones Lang LaSalle “The drop in PMI data in the US, Europe and Japan from last month in October suggested that demand in developed economies may be weakening.”

Huang from Capital Economics emphasized a “particularly striking” drop in exports to the US since the beginning of the year and accusatory Decline in exports of electronic productsfalling to levels last seen in late 2020, a clear “sign that pandemic-related changes in global demand are reversing.”

Geopolitics is also responsible for this dynamic. In contrast to what happened with China, trade data analyzed by Project44 indicates that the route from Europe to the US has staged “one of the most surprising and certainly most significant developments since the beginning of 2020”. . “This strong increase cannot be explained by the pandemic alone. A strategic change Overdependence on trade with China and geopolitical tensions over Russia are the main drivers of the EU-US trade boom,” he explains.

The truth is that the world trade map is being rapidly redrawn, with EU-US trade and investment growing rapidly as economic relations between the West and China come under more critical scrutiny. German Chancellor Olaf Scholz’s recent visit to China has been criticized for seeking economic ties.

This year America has imported more goods from Europe than from China. A big change from the 2010s, according to Project44. “For their part, European manufacturers grappling with high energy prices and inflation are increasingly exporting and investing in the US,” Brazil says. Beyond ties with China, which Scholz wants to strengthen, German exports to the US rose by almost 50% in September compared to the previous year. According to the firm, the German mechanical engineering sector is set to increase its exports to the US by almost 20% year-on-year for the first nine months of 2022.

“Waking Up to the Reality of Russian Energy Blackmail, Growing Dependence” Germany China has started raising questions. The German coalition government’s new ‘China strategy’ will include clear messages on the need to reduce dependencies and diversify supply chains and trading partners. Berlin has already indicated it will offer fewer guarantees to insurance companies against political risks in China. That said, deep divisions remain between the Greens and parts of Scholz’s SPD over the future of the relationship,” Aila Mihr, an analyst at Danske Bank, pointed out in a recent perspective.

Josh Brazil (Project 44): “A strategic shift away from excessive reliance on trade with China and geopolitical tensions over Russia are the main drivers of the EU-US trade boom”

“Amid growing concerns over China’s saber-rattling with respect to Taiwan and the ongoing economic disruptions caused by the Covid Zero policy, many companies are taking a closer look at their reliance on them. Nearly half of German manufacturers are receiving key inputs” is planning to reduce imports according to the Ifo Institute. However, while many SMEs are looking to diversify their supply chains outside China, the old German industrial giants are reluctant to leave the Chinese market,” says Mihr.

“I expect China’s export growth to remain weak in the coming months as the global economy continues to slow,” said Zhang Zhiwei, president and chief economist at Pinpoint Asset Management. “The global economic slowdown is likely to impact sugar exports and thus growth in the coming months. Exports have been a key driver of growth in the last two years. Contraction in exports is still weighing heavily on sugar’s fragile recovery. economy, which is facing a slowdown in the real estate sector and weak domestic demand based on the development of the Zero Covid strategy,” summarizes Sophie Altermatt, economist at Julius Baer.

“Looking ahead, we believe that Exports will continue to decline in the coming quarters, Changes in global consumption patterns that are likely to boost demand for consumer goods during the pandemic will continue to loom large. And we think the drag on real income from aggressive fiscal tightening and high inflation will push the world economy into recession next year,” said Huang of Capital Economics.

There’s a blind spot in ESG investment that casts into doubt the sustainability promises of a $35 trillion industry: the supply chain

The Government chose the lesser evil to default with the IMF, controversy, questions and challenges open | A new relationship with the Fund