US approves aid for Colombia, highest amount in 11 years 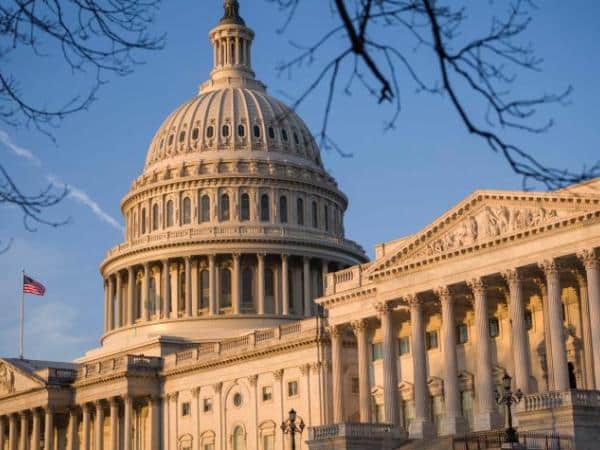 A group of 34 members of the US Congress sent a letter to US Secretary of State Anthony Blinken in which they ask Support the new proposals of the government of President Gustavo Petro. In particular its agenda on climate change, the fight against corruption, racial and social inclusion and human rights.

Similarly, the legislators offered their support for a more holistic and holistic peace strategy, along with the total peace strategy proposed by the government.n the fight against drug trafficking that takes into account the producers And don’t focus on the number of hectares wiped out when evaluating successes and failures.

The letter, chaired by Representatives James McGovern and Mark Pocon, also bears the signatures of other members of the party’s most progressive wing, such as Alexandria Ocasio Cortez.

In the letter, the congressmen asked Blinken to support peace talks on extradition matters and to consider involvement of the United States in talks with the ELN, even with the appointment of a special envoy to accompany them.

The legislators, in turn, ask Blinken to maintain his support for the implementation of the 2016 peace accord and to increase the aid it provides for the country. The budget for the year 2024 on which discussion will start early next year.

On the issue of immigration, the Congressman requests an increase in aid so that the country can continue to serve the Venezuelan diaspora. And on the other hand, they ask Petro to honor his commitment not to extradite Venezuelan members of the opposition living in Colombia.

at that time, The United States Congress approved $487.3 million in aid for Colombia this Friday afternoon As part of its spending budget for fiscal year 2023.

The amount approved for Colombia is the highest the US has authorized for the country in the past 11 years.

,The approved budget for Colombia, included in the Appropriation Law of the Department of State and Foreign Operations, signals support for the country, the government and the policies of President Petro; In addition to the ratification of the moment of bilateral relations”, said Luis Gilberto Murillo, Colombia’s ambassador to the United States.

Likewise, this week National Defense Authorization Act (NDAA) for the fiscal year 2023, which gives the United States Department of Defense the authority to execute the budget and confirms Colombia-United States cooperation on defense issues.

The legislation renews the Department of Defense’s authority, through Southern Command, to continue improving national capabilities, including interdiction and intelligence gathering, necessary for the effectiveness of the agreed overall strategy against drug trafficking.

According to a statement from the US Embassy in Washington, This is something that is in line with the new focus of drug policy of the Colombian government.