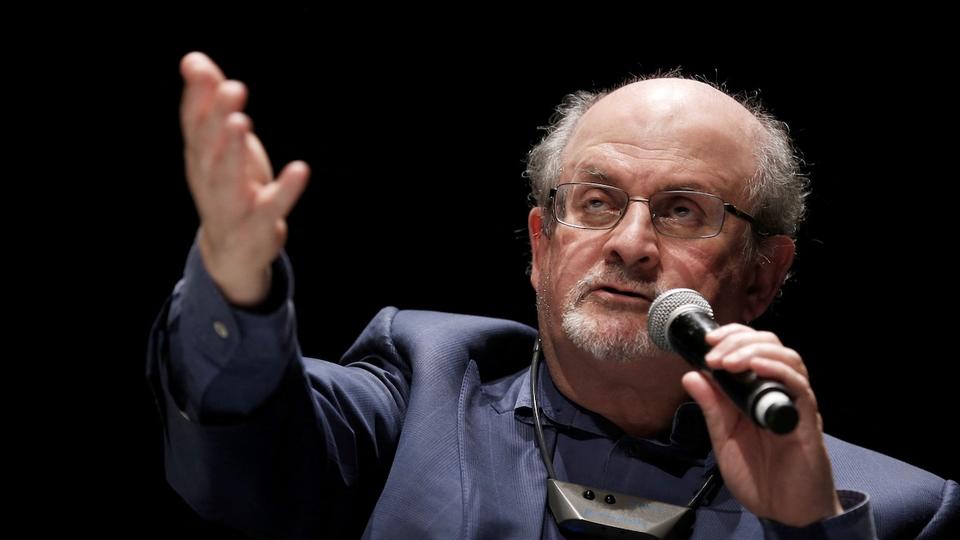 Writer Salman Rushdie, who has received death threats since the late 1980s, was stabbed to death this Friday, August 12, in New York State. This Sunday, his agent said he was now “on the road to recovery” and his family reassured him of his health.

Salman Rushdie’s family said on Sunday they were “extremely relieved” that the British writer was no longer on life support and assured his sense of humor remained “intact” despite the severity of his injuries.

“My father is still in critical condition in the hospital receiving intensive and ongoing treatment,” his son Zafar Rushdie wrote in a tweet posted on behalf of the family.

“We are very pleased that yesterday (Saturday) he was taken off the ventilator and oxygen supply, and he was able to say a few words,” he added.

His “lively and provocative sense of humor remained intact”.

“While his injuries are serious and life-changing, his usual lively and provocative sense of humor remains intact,” continued Zafar Rushdie, head of the London-based public relations agency.

He thanked the members of the public who came to defend the author during the attack, as well as the police and medical personnel who came to his aid.

The first worry, Salman Rushdie’s health caused more optimism this Sunday following announcements this Sunday by his agent Andrew Wylie. On Friday, a British author was stabbed dozens of times by a young Lebanese American on the sidelines of a conference in the northern United States.

He is no longer on life support this Sunday and “the road to recovery has begun,” Andrew Wylie said in a press release sent to the Washington Post, among others.

“The injuries are serious, but his condition is moving in the right direction,” added the agent of the author of The Satanic Verses, who was stabbed Friday at the Chautauqua Cultural Center, New York, in the neck and stomach.

A brief video of the facts was posted on Twitter by witnesses present at the amphitheater. You can see several people running towards the stage to help the one you see lying on the ground. The premises were then evacuated.

Author #SalmanRushdie was attacked when he was about to give a lecture in the Western #New York.

A man storms the stage at the Chautauqua Institution and starts punching or stabbing Rushdie as he is being introduced. pic.twitter.com/970Etpl3fL

The attacker was immediately arrested and taken into custody.

During a press briefing, Democratic Gov. Katie Hochul only indicated that the British author was “alive”. She hailed “a man who for decades spoke the truth to the strong (…), who exposed himself without fear despite the threats that followed him throughout his adult life.”

British Prime Minister Boris Johnson reacted to this. Speaking about free speech, he said he was “appalled that Sir Salman Rushdie was stabbed while exercising a right we must never stop defending.”

Forced to live in hiding

Born in Bombay, India in 1947, Salman Rushdie is best known for his book The Satanic Verses, which has been banned in Iran since 1988 because it is considered blasphemous. Its publication made the author a fatwa by Iranian Ayatollah Ruhollah Khomeini, who called for his assassination in 1989.

After that, the Briton was forced to hide for several years and be under police protection. However, since 1993, Salman Rushdie has said he was tired of being “the invisible man” and has increased his travels and public appearances while remaining under the supervision of the British government.

Having settled in the United States, the author, prior to today’s attack, has returned to a more or less normal life. However, the fatwa concerning this was not revoked, and several translators of The Satanic Verses were also injured in attacks and even killed.

Cubs aim to sweep in series against Braves

Pressure, not necessarily sacks, will be the key to the Vikings against Jared Goff