ASEAN is becoming increasingly important and adding to its strategic value as geopolitical tensions between the United States and China intensify, a seasoned Singaporean diplomat said recently.

“Both China and the US see the value of using ASEAN for their own respective national interests,” Ong Keng Yong, secretary general of ASEAN for five years from January 2003, told Kyodo News in an online interview. 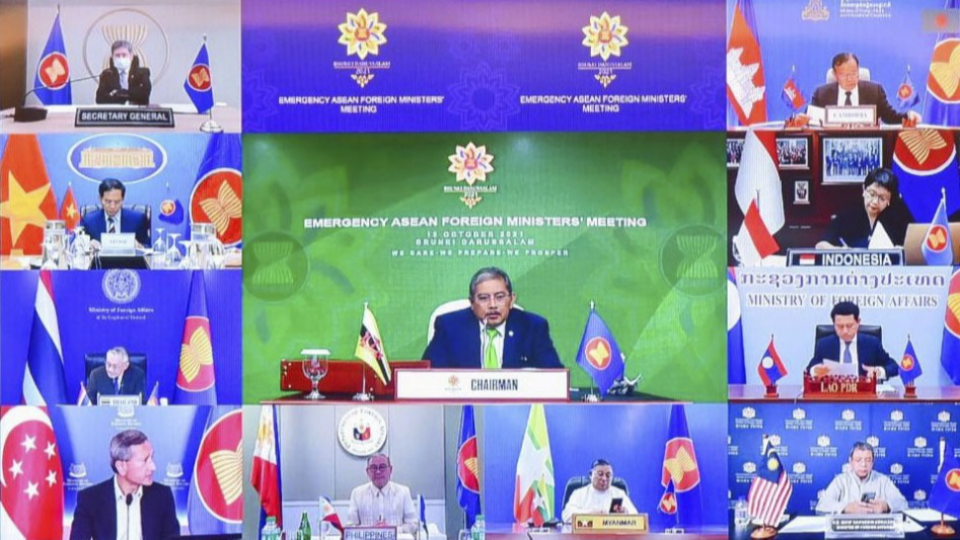 Screenshot shows representatives of the countries participating in the Association of Southeast Asian Nations foreign ministers’ emergency online meeting on Oct. 15, 2021. (Photo courtesy of the Foreign Ministry of Thailand)(Kyodo)

The 10-member Association of Southeast Asian Nations finds itself between the two major powers as their rivalry intensifies and each ramps up diplomatic lobbying.

The Biden administration, which has just marked its first anniversary, has been focusing on engagement in Southeast Asia amid Beijing’s ongoing quest to expand its regional clout.

Last year, the United States sent senior officials to the region regularly. President Joe Biden also joined a virtual meeting of the US-ASEAN summit, excluding Myanmar, in October in sharp contrast to his predecessor Donald Trump who largely shunned multilateralism and only attended in 2017.

Ong, currently serving as the executive deputy chairman of the S. Rajaratnam School of International Studies at Nanyang Technological University in Singapore, welcomed the involvement of the United States.

“During the Trump era, there was some dissatisfaction among ASEAN member states,” said Ong, adding the diplomatic efforts to demonstrate US engagement were “minimal” and led to ASEAN members feeling “somewhat sidelined.”

Ong stressed ASEAN is “vital” because it is economically successful, fast-growing and geographically important as it encircles the South China Sea, a crucial shipping lane for both the United States and China. 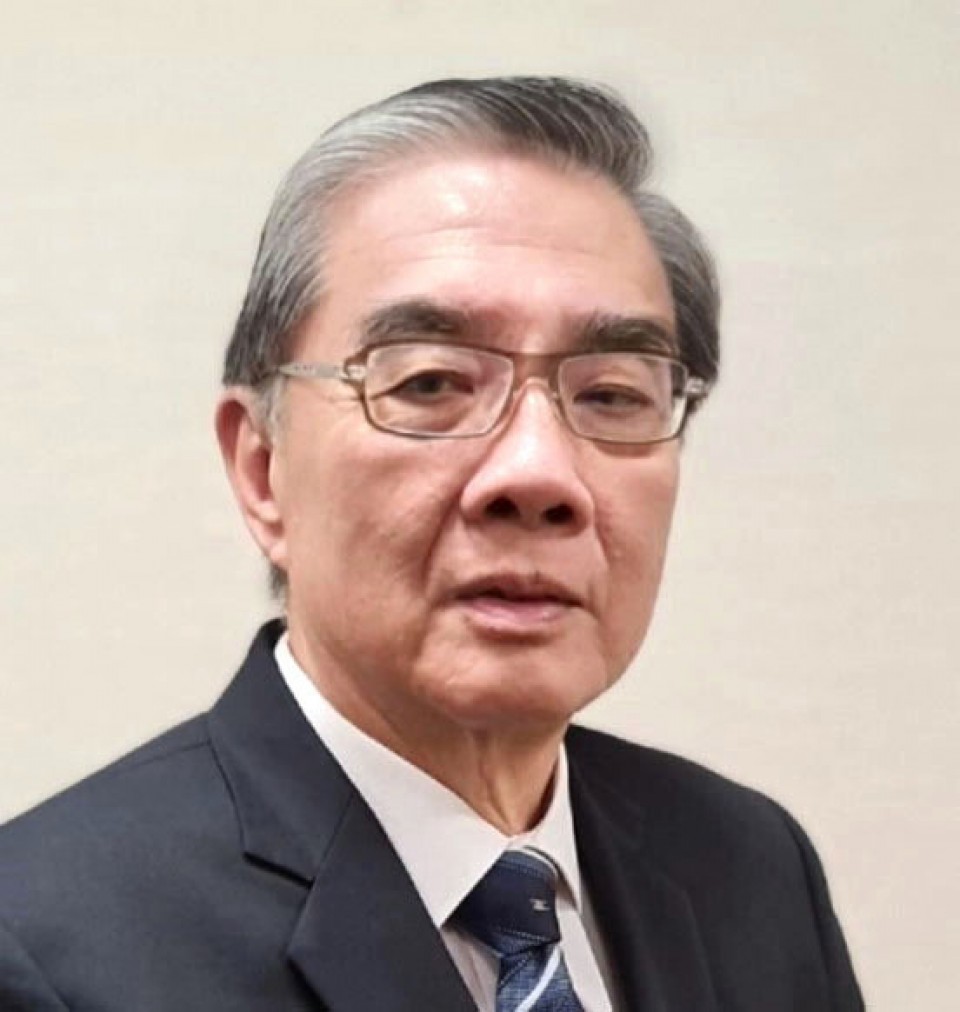 “Looking at the (geographical) position, some people call (Southeast Asia) the soft underbelly of China,” said Ong. It is also important for export-oriented China to tap into the growth of the region for its economic recovery from the coronavirus pandemic, he added.

The United States, also reliant on ASEAN member nations, would put itself at a disadvantage if it is distracted from the region at a time when China is laser-focused, Ong said, while the growing crisis on the Russia-Ukraine border complicates the situation .

Amid a tug-of-war between the global powers, ASEAN is facing a dilemma about how to remain autonomous. The notion of ASEAN centrality, or its desire to play a central role in the region, is being challenged.

In December, Biden hosted a virtual “Summit for Democracy” in which he invited more than 100 world leaders with the aim of strengthening democracy and countering challenges posed by countries deemed authoritarian such as China.

Ong admitted that a debate on the two models, respectively represented by the United States and China, was essential. It would invite healthy competition necessary for the development of society and provide incentives to tackle challenges, he added.

However, Ong was cautious about a binary approach in which the rivalry is framed as an ideological battle between democracy and autocracy.

“It is almost impossible to have a zero-sum arrangement” in the current world, Ong said. “This kind of idea continues to trouble the global community,” as systems that are so diametrically opposed to foster instability.

Ong is also somewhat skeptical when countries like China describe Biden’s democracy-versus-autocracy framing of the situation as a “Cold War mentality” hangover that is dividing the world.

“I do not fully accept (China’s criticism of the United States) because the way Beijing discusses this kind of matter is also stuck in their own Cold War mentality,” he said.

Ong warned that both Washington and Beijing view the world based on their respective perspectives and experiences, suggesting a more “clinical” approach is needed to view and discuss issues.

He liked the situation to a patient who complains of many health problems but none of them are serious. In such a case, the doctor could suggest that the patient live with the various symptoms that are not life-threatening.

“There is always day and night,” said Ong. He did, however, stress that easily agreed upon and practical issues such as combating the COVID-19 pandemic could be overlooked if such a “black or white” approach takes the upper hand.

To survive this age of tumult, “What is important is to learn how to adjust our own life and our own country’s interest in the presence of this choice,” Ong believes.