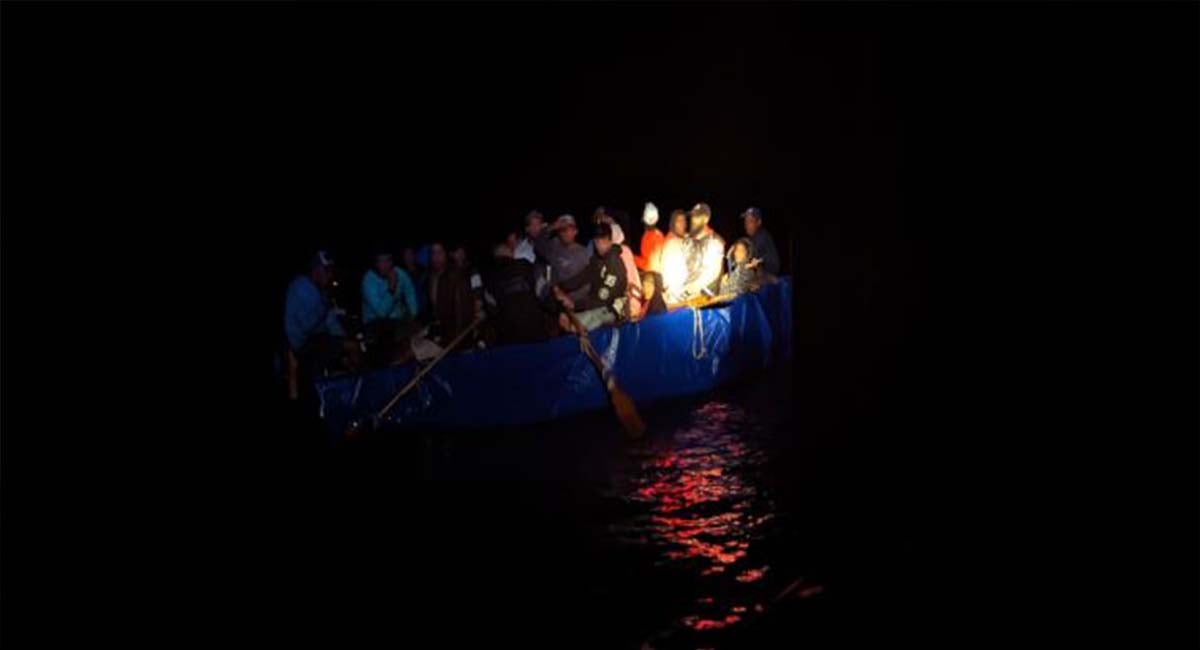 The United States Coast Guard reported Tuesday that a group of Cuban rafters was detained just before they were about to land in that country.

According to brief reports shared on social networks TwitterMarathon station crews were in charge of carrying out the operation, seeing that two ships were detained during the process.

The publication was accompanied by a photograph of one of these homemade vessels used by Cuban rafters to make the perilous journey to the United States.

It is noteworthy that this incident happened during Monday, however, it was not reported until this Tuesday, December 13.

It is important to underline that, so far, officials have not specified the number of Cuban rafters involved in the case who will now have to remain under orders from immigration officials. Presumably, they will be returned to the island, as has happened in recent times.

Other Cuban rafters detained in Florida

This Tuesday, the United States Border Patrol detained another 37 Cuban rafters (distributed into various groups) after their arrival in the Florida Keys.

It was learned that there were a total of 32 adults and five minors who were caught by the security forces. Fortunately, no injuries were reported from that incident.

These Colorado mobile home residents tried twice to buy their park. Will the third time be lovely?

Jordan Morris hopes U.S. men’s soccer team can help him get back on track