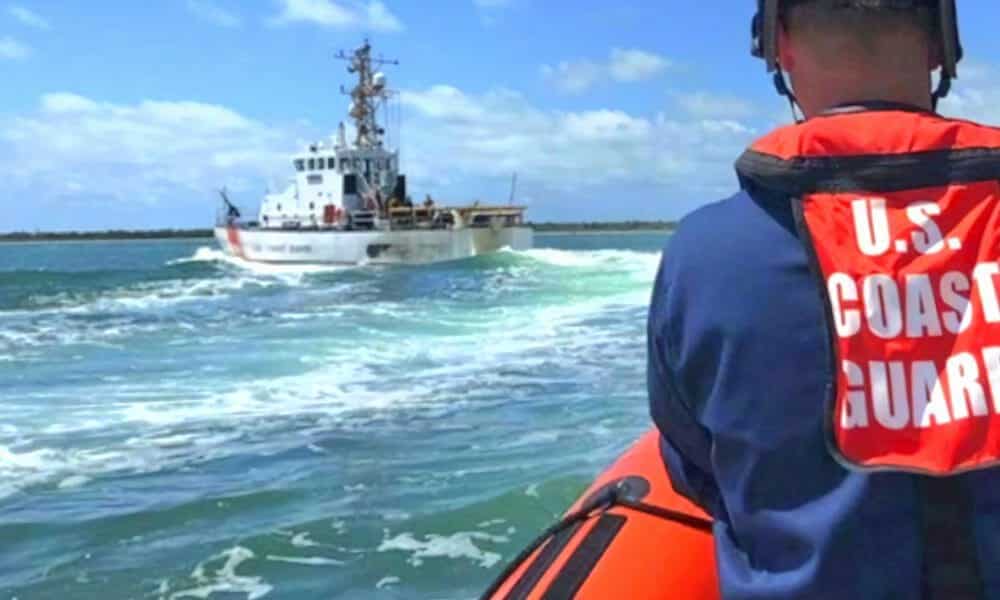 A Cuban rafter is rescued from the water near Marathon by the United States Coast Guard (USCG). In a rescue operation, a group of irregular migrants from the island are intercepted.Just 15 miles from the above site, a party patrolling the area detected a rustic boat with several people on board. The USCG released several photographs of the moment its agents rescued the Cuban rafters.

What was most transcendent was that after the officials handed out life jackets to the migrants, one of them decided to jump into the water. Of course, the guard immediately rescued him without any danger to his life.

The sailors used to travel in a type of boat without favorable conditions for making such a journey. The currents in the Florida Straits have caused hundreds of similar ships to sink.

The number of intercepted rafters increases

In fact, the number of rafters intercepted by the United States Coast Guard tends to increase as the weeks pass. Last Monday, for example, the USCG confirmed the repatriation of 126 Cubans detained at sea near Key West. This figure was just recorded during the most recent week.

Official figures published by the USCG show that its agents have intercepted at least 2,755 Cuban rafters in waters off Florida. These incidents are from last October 1 till today. An alarming number that is projected to rise before the end of this year.

To give you an idea of ​​the magnitude of the current exodus of Cubans, we present you this chilling fact. During fiscal year 2022, which ended on September 30, 6,182 rafters were intercepted by the United States Coast Guard. This figure is the highest since 2016 in this regard.

Torrential rain in the east to continue over the weekend, cyclone brews in the north