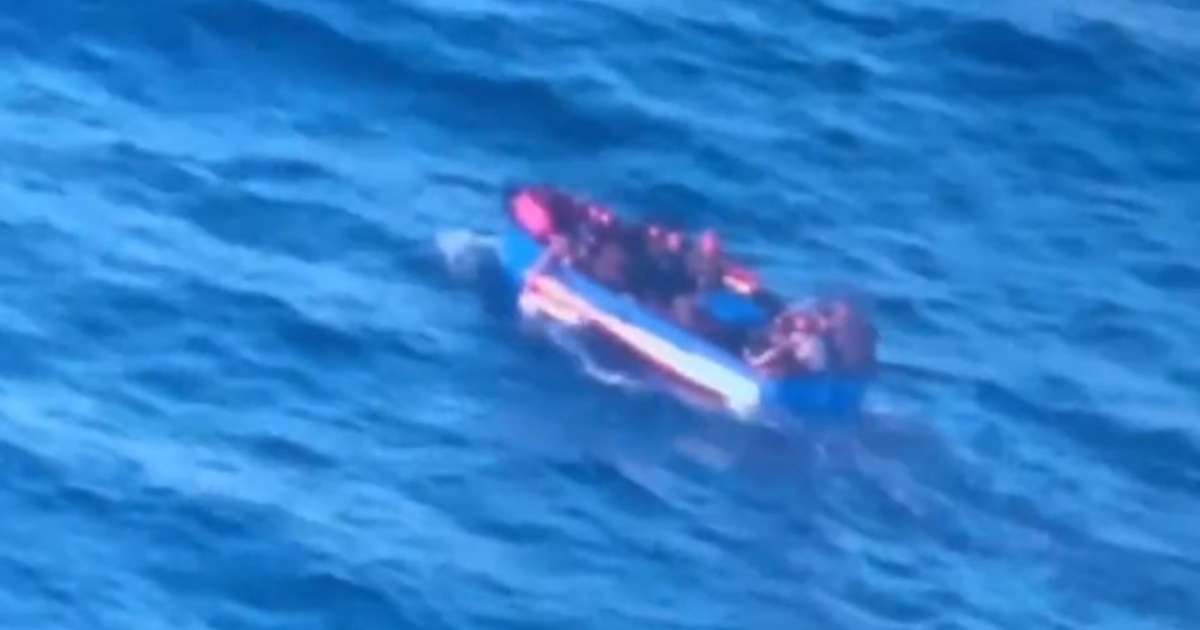 Coast Guard (USCG) rescued two groups of rafters of cuban who began to take water in the pastoral boat in which they intended to reach the shore Florida.

“Air and surface crews rescued people from two illegal migration ventures on Saturday night when they started taking water during their illegal stay in the US. Don’t jump into the ocean during a tropical storm. These people are lucky to be alive ,” USCG Seventh District reported on Twitter on Sunday.

At the time of writing this note, no further details of this interception of Cuban migrants about the shipwreck in the Straits of Florida were revealed.

Of note, Cuba’s rafters were saved in time in rough seas due to the impact of Tropical Storm Ian, which will intensify rapidly by the end of this week until it makes a major intensification into waters near Cuba and Florida. does not become a storm. Keys, according to the United States National Hurricane Center (NHC). A tropical depression, the USCG’s Seventh District ordered a “whiskey” alert for the entire area of ​​the Miami sector and has not stopped warning of the danger of jumping into the ocean in the face of an impending storm. Proceed through the area.

The “Whiskey” code is an advisory to the marine industry meaning caution should be exercised in the proximity of a serious atmospheric event.

This Saturday the USCG sent 28 Cuban rafters home Ahead of the impending passage of Tropical Storm Ian and also remembered in a message Twitter That 64 people have lost their lives at sea trying to reach US shores during the current fiscal year (FY22) and that for this reason, their crews are “doubling down on efforts so that this number does not increase.”

As the deportation was announced, the detained rafters were sailing in a curious artisanal boat made of metal tanks, according to the image shared by the USCG.

Last Friday, the United States Border Patrol (USBP) reported the arrest of 11 Cuban rafters who arrived in the Florida Keys in a craft that was made in a similar way,

These types of rafts reflect the desperation of many people to leave the country in an environment that does not meet the minimum safety conditions.

Cuba is going through a migration crisis, as evidenced by the high number of daily repatriations from the United States.

Last Thursday, he was sent home 46 Cuban Rafters After being detained off the coast of South Florida.

In the current fiscal year, which began in October 2021 and ended on September 30, the USCG has detained 6,052 Cuban migrants in waters off the Florida coast.Reported the USCG’s Seventh District on Twitter this Saturday,

The detention of Cubans on the high seas during the current fiscal year is already higher than the peak of 5,396 recorded in 2016, when it was still in force. Wet feet / dry feet policy. They also show the largest sea escape since the 1994 Rafters crisis.