US, German and UK tanks could change warfare 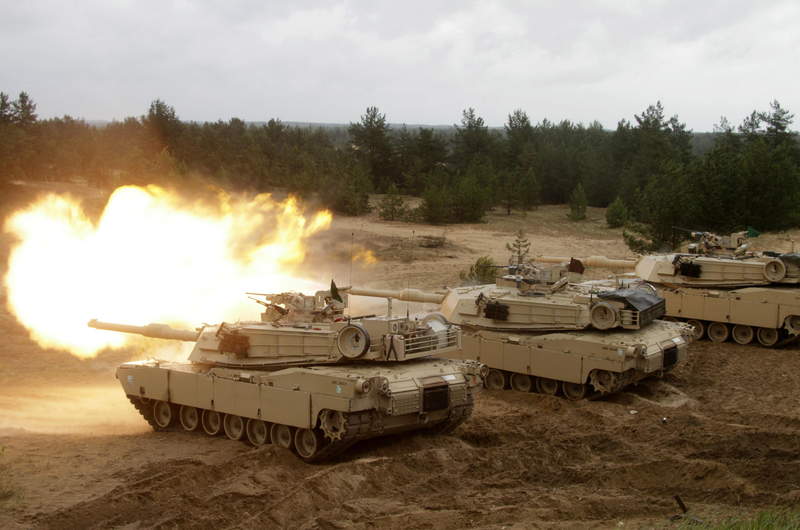 Nearly a year after the invasion of Ukraine, one of the lessons of the war has been Russia’s inability to wage a war with tanks. According to experts, the way Moscow has used its armored cars is a textbook approach to their destruction. The lesson for the reinforcements that Europe and America are going to send to Ukraine with Leopards or Abrams is clear: do the opposite of what the enemy has done.

An armored unit is one of the most powerful as well as the weakest elements on the battlefield. Its armor and its destructive power make it a key element in the conquest of territory. But his needs for fuel and spare parts, as well as his vulnerability to explosive devices of all kinds, make him vulnerable on the battlefield. For this reason, for example, it is most common for a tank to be surrounded by infantrymen who are ready to defend it.

The fact that Russian commanders sent tanks to the front without infantry protection means that one of the battle’s iconic images is a Moscow tank turret smashed and vehicle body after a Ukrainian ambush. separated from. Tank rockets caused the ammunition stored inside to explode.

Rob Lee, an ex-Marine, analyst and researcher at King’s College London’s War Department, has since the start of the invasion become one of the leading experts when it comes to theorizing about the future of tank warfare following the experience from Ukraine. Is. According to his view, Russian armor losses were caused by three factors: lack of preparation, poor logistical strategy, and insufficient infantry. Lee recalls that due to the Russians’ fascination with secrecy many units were sent to the front only six hours after the start of the war. This meant a lack of strategic and logistical preparation. They also did not have a clear doctrine to establish what they were going to do, as they believed it would be a blitzkrieg and did not envision Ukrainian resistance. Battle tanks, in this sense, moved forward like a headless chicken.

The lack of training with regard to logistics strategy was already visible at the start of the war, as the Russian penetration into Ukraine was not anticipated so that the armored units could supply themselves with fuel, spare parts and ammunition. This meant that many were abandoned by their crews after they ran out of diesel. But, apart from this, the basic strategy involved the day before moving in large columns in which the combat troops traveled but also carried supplies.

These units were soon destroyed by the Kyiv artillery. In this sense, Rob Lee assures that more casualties have been inflicted on Russian tanks by enemy guns than by Javelin smart missiles.

With regard to the lack of infantry, it should be noted that a tank, to be effective, must be surrounded by several rings of soldiers who are in charge of protecting it from the enemy. These foot soldiers are in charge of searching for landmines, eliminating enemies, and opening corridors free of danger for armored vehicles. However, the Russians did not use infantry for this mission and the tanks were ambushed day after day. In this context, Western tank doctrine aims, at least on paper, to avoid all the mistakes the Russians made. In this sense, neither the Leopard nor the Abrams represent a significant change if it were not for the years of study that NATO has conducted in wars such as the Gulf War.

Marine tactical manuals, for example, insist that an armored vehicle must be protected by at least one squad of its men. American doctrine does not envisage a single tank advancing alone towards the danger zone. According to their texts, they must have at least four soldiers and move twice around them in search of hidden enemies.

For example, their instructors know that in a classic ambush, an enemy is concealed on the flank with anti-tank rockets that allow the tank to pass and then shoot at the vulnerable rear.

“King of the Tigers”: where are they now?