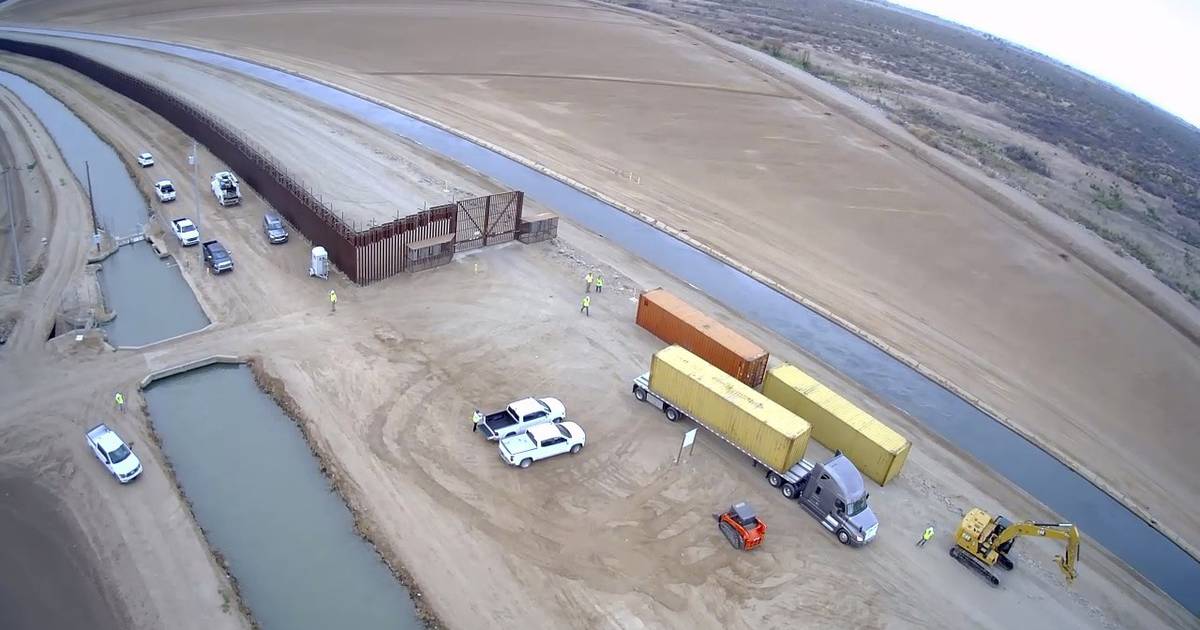 The federal government of the United States has filed a lawsuit against the state of Arizona for distributing containers of goods as a “temporary wall” in the border area with Mexico in the south of the country.

In August, Arizona Governor Doug Ducey issued an executive order banning the use of containers of goods without official authorization or relevant permits, according to court documents to which the television network CNN had access.

The case is part of a judicial battle between the federal government and the state, which has been asked to “compensate the United States” for the past four months by removing the containers from the area and any action needed to reverse the action. Governor from Arizona”.

The lawsuit, which is directed at Ducey and two senior officials from the Department of Emergencies and Military Affairs, has been filed by the Justice Department in Arizona district court.

The lawsuit states, “Arizona has not only refused to stop it and remove the containers from federal land, but has insisted on relocating these areas to install additional commercial containers.”

The government states that this “temporary wall reduces United States Forest Service access to border areas” and pointed out that the state “has had to cut down or remove trees, reducing habitat and harming species”.

Ducey’s office, for its part, indicated that the government’s allegations “lack basis and are false” and stressed that “threats to security and the environment in the region are due to the lack of action by the government”. It happens”.

In this sense, he has assured that the local authorities have been trying to work with the federal authorities for almost a year to solve the problem. “Arizona is, and always has been, willing to cooperate with the central government in building a border wall,” he said.