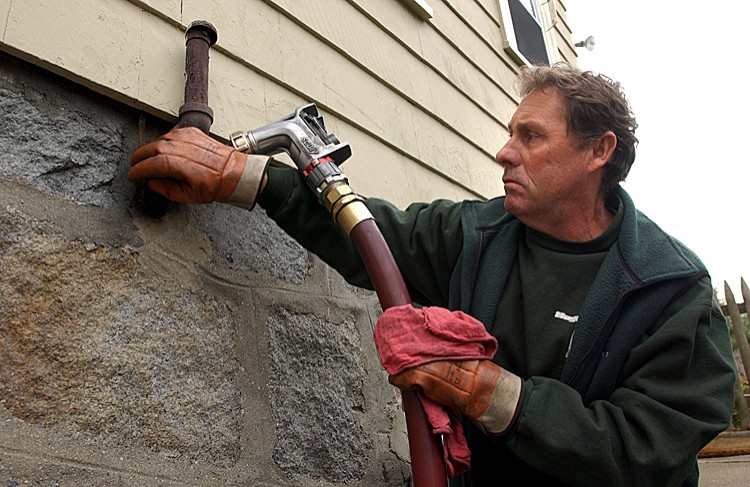 Supplies of diesel and heating oil in the United States have dwindled as refiners are having trouble replenishing the domestic fuel supply this winter, which may keep oil prices elevated for months.

Heating oil futures reached $2.83 per gallon at the market’s close on Feb. 4, the highest price in seven years.

US and global benchmarks for crude-oil futures hit above $90 a barrel, as a harsh winter storm affected larges of the country, adding to existing supply concerns.

The latest national average price for diesel was at $3.78 per gallon, the highest since September 2014.

Fuel production in the United States has not been kept up with demand for months with East Coast stockpiles at their lowest levels since April 2020.

When inventories are low, refiners generally respond by ramping up output, but several key US refineries have been out of action since the start of the pandemic, while others are under maintenance.

Many of the operational refineries are currently producing less output to avoid producing too much jet fuel, where demand still lags below 2019 levels.

Demand for diesel, heating oil, and other related products has been running 5 percent higher than pre-pandemic levels, putting inventories at 15 percent less than the five-year moving average, according to data from the US Energy Information Administration.

Stronger than expected demand is a key reason why fuel prices are expected to reach pre-2020 levels by mid-year at the latest.

Increased fuel costs may remain an ongoing theme for the time being, as oil companies are finding it difficult to react to tightened supply situations.

The weather has boosted demand for natural gas, as fuel stocks are being tested by frigid temperatures throughout much of the United States, which is expected to persist through next week.

“The latest upswing was triggered by a cold snap in Texas, which is fueling concerns about production outages in the Permian Basin, the largest US shale play,” said Carsten Fritsch, a commodity analyst at Commerzbank.

“A year ago, a period of extreme cold weather had caused massive disruptions to oil production there,” said Fritsch, referring to a crippling storm last year that left 4 million in Texas without power.

About 350,000 homes and businesses in states such as Tennessee, Arkansas, and Texas were without power as of Feb. 4, due to a winter storm that brought freezing rain and snow.

Some power companies in the states facing severe weather are preparing to use more distillate oil to meet demand.

In New England, oil-fired generation is expected to surge temporarily in the coming days, which could raise prices more.

Meanwhile, the Organization of the Petroleum Exporting Countries and its allies on Feb. 2, stuck with its plan to boost global production by another 400,000 barrels a day in March.

However, OPEC member states have been unable to produce oil at their assigned quota levels, which will not alleviate the global supply-demand deficit.

Prices should ease as winter subsidies and demand for heating fuel drops off, allowing inventories to restock, but if the cost of crude oil used to make distillates remains high, fuel prices might remain elevated.

Low distillate inventories have pushed the market into backwardation, as current prices have been pushed higher than expected future prices.

This has led several major oil traders to see little financial incentive to store extra diesel and many are choosing not to renew their long-term storage contracts.

Record-high natural gas prices have led European refiners to reduce production in Europe to save on cost, leading to tightened inventories.

European diesel last week was boosted with a six-month spread to its widest backwardation since March 2008.

US exports of distillates to the European Union have strengthened as a result of the high demand.

West Texas Intermediate crude for March delivery climbed by $2.42, or 2.7 percent, to $92.69 a barrel on the New York Mercantile Exchange, with prices trading roughly 6.8 percent higher for the week.

The positive US monthly jobs report was mostly supportive and upbeat in terms of the outlook for energy demand, as the nation added a robust 467,000 jobs in January.

contributed to this report.

Bryan S. Jung is a native and resident of New York City with a background in politics and the legal industry. He graduated from Binghamton University.

The Key to Paying Less Than Credit Cards

Diesel: Supply down but sales up

‘We want to elevate ourselves and others with us’: Navsartian Games unite Armenian community