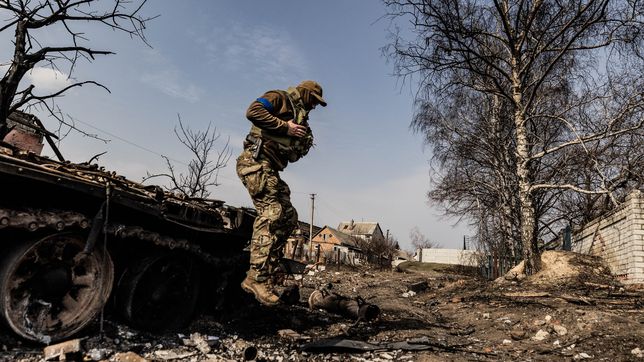 After the recapture of Kherson by the Ukrainian Armed Forces, andThe pace of war in Ukraine has taken on a different intensity For the first months of the struggle. For now, the Russian attacks are more focused on damaging the country’s core infrastructure to halt the Ukrainian military’s advance.

For the time being, the troops of the invaded country try to block Russian attacks and move as far as possible into areas formerly occupied by Russia. however with regard to The war conflict itself, has stalled in recent times, Up to the point that no significant progress has been made. A fact that has not gone unnoticed in the United States, whose intelligence services have warned of some possible consequences of the current situation with a new phase of the war.

Director of National Intelligence Avril Haines, stated at the annual Reagan National Defense Forum held in California that both sides would aim to undergo rearmament and subsequent counter-offensives after the winter was over. ,We are already seeing a reduction in the pace of the conflict, We hope to see the same in the coming months. I think it’s more optimistic for Ukrainians at that point.”

Also, they highlighted the weak points of each country. In favor of Kyiv, he stressed the weakening economy following attacks on energy infrastructure. ,Kyiv’s economy has suffered greatly. What happened is devastating. impact will depend on what they are capable of, The resilience of that critical infrastructure, our ability to help them protect it.

Meanwhile, supply problems on the Russian side have also been mentioned by Haines, as well as anecdotal information that is now being handled by President Vladimir Putin. ,I think there is more and more reporting on the challenges facing the military in Russia, Morale, supply problems, logistics…we see ammunition shortages due to a whole range of concerns.

Given the high likelihood that the conflict will drag on for months, the West has stressed the need for Ukraine to make a gesture as soon as possible to allow Russia to return to the negotiating table. First it was the United States and the last to join the request French President Emmanuel Macronwho assured the following in an interview with ‘TF1’,

in the following weeks, We have to help Ukraine to resist, Ukrainians to endure, continue to help militarily and One Make very precise interventions to protect power plants. We must prepare the dialogue for the day when everyone returns to the table. It is part of the factors of peace and, therefore, what we have to be prepared for.”