US issues sanctions on Sudanese police over protest action 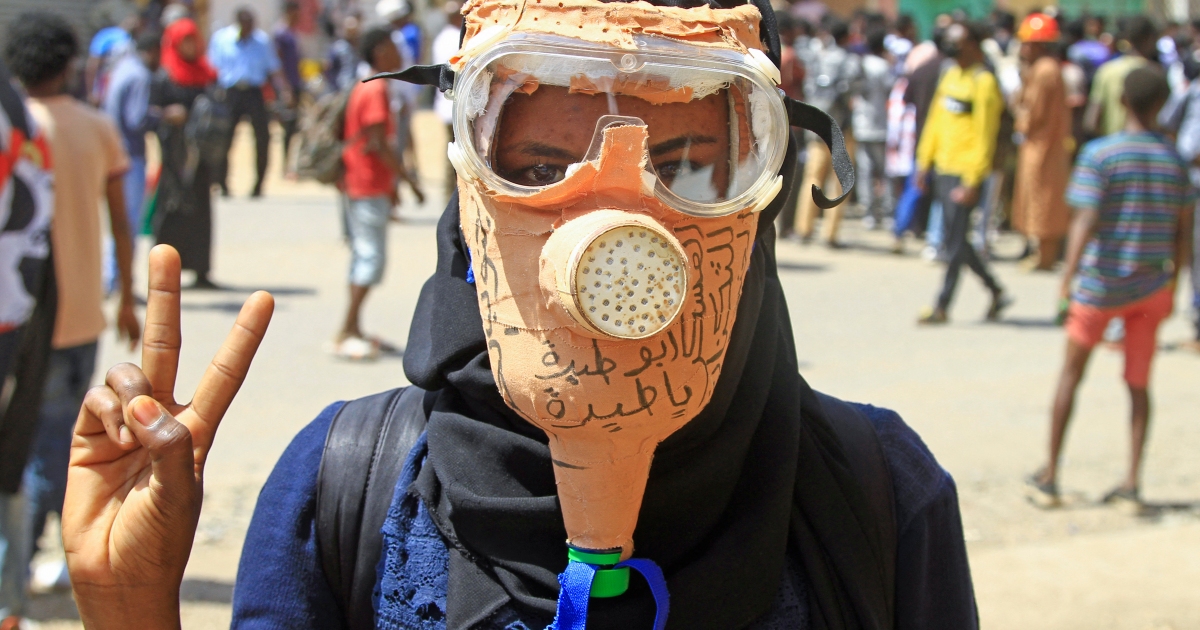 The US accused a police force of assaulting protesters, arresting and firing ammunition, killing at least two people.

The Central Reserve Police, a heavily armed division of Sudan’s police force, has been at the forefront of Sudanese security forces’ “violent response” to peaceful protests in Khartoum, the US Treasury Department said in a statement on Monday.

Pointing to a day in January, it accused the group, along with anti-riot police and regular police, of firing ammunition, chasing protesters trying to flee, arresting and thrashing some, and shot two fatally and injured the others.

Brian Nelson, Under Secretary of the Treasury’s Department of Terrorism and Financial Intelligence, said in the statement, “Since the October 25 military takeover, Sudan’s Central Reserve Police has used excessive force and violence with the intention of silencing civilian activists and protesters.” Is.”

“We condemn the Sudanese security services for the killing, harassment and intimidation of Sudanese citizens.”

There have been regular protests calling for civilian rule since a military coup led by army chief Abdel Fattah al-Burhan on October 25 that killed 87 people, AFP news agency reported.

The October coup derailed a delicate power-sharing agreement between the military and civilians that had been painstakingly negotiated after the overthrow of longtime ruler Omar al-Bashir in 2019.

A police spokesperson could not be reached for comment. Military leaders have said that peaceful protests are allowed and casualties related to the protests will be investigated.

In a separate statement, US Secretary of State Antony Blinken called for an immediate end to violence against peaceful protesters.

“We stand ready to use all the tools at our disposal to support the Sudanese people in their pursuit of a democratic, human rights-respecting and prosperous Sudan,” Blinken said.

Monday’s so-called “Global Magnitsky Sanctions,” which target those accused of corruption, human rights abuses and undemocratic actions around the world, freeze any US assets owned by the Central Reserve Police and bar Americans from dealing with them .

Western countries and international financing institutions suspended billions of dollars in foreign aid after the coup, and military commanders have yet to appoint a prime minister to deal with the economic crisis.

The Central Reserve Police was used during the Darfur War of the early 2000s, during which the Khartoum government suppressed an insurgency in the western sector. An estimated 300,000 people died in the war, and then-president Omar al-Bashir and allies faced war crimes charges from the International Criminal Court.

In recent months after the coup, the force, known locally as “Abu Tayra”, has been deployed frequently with other security forces, referring to the bird forming a part of its recognizable logo.

Members of forces could be seen amid heavy deployment in central Khartoum during protests on Monday, Reuters reported. Protesters faced tear gas, stun grenades and red water splashes as they attempted to march towards the Rashtrapati Bhavan.