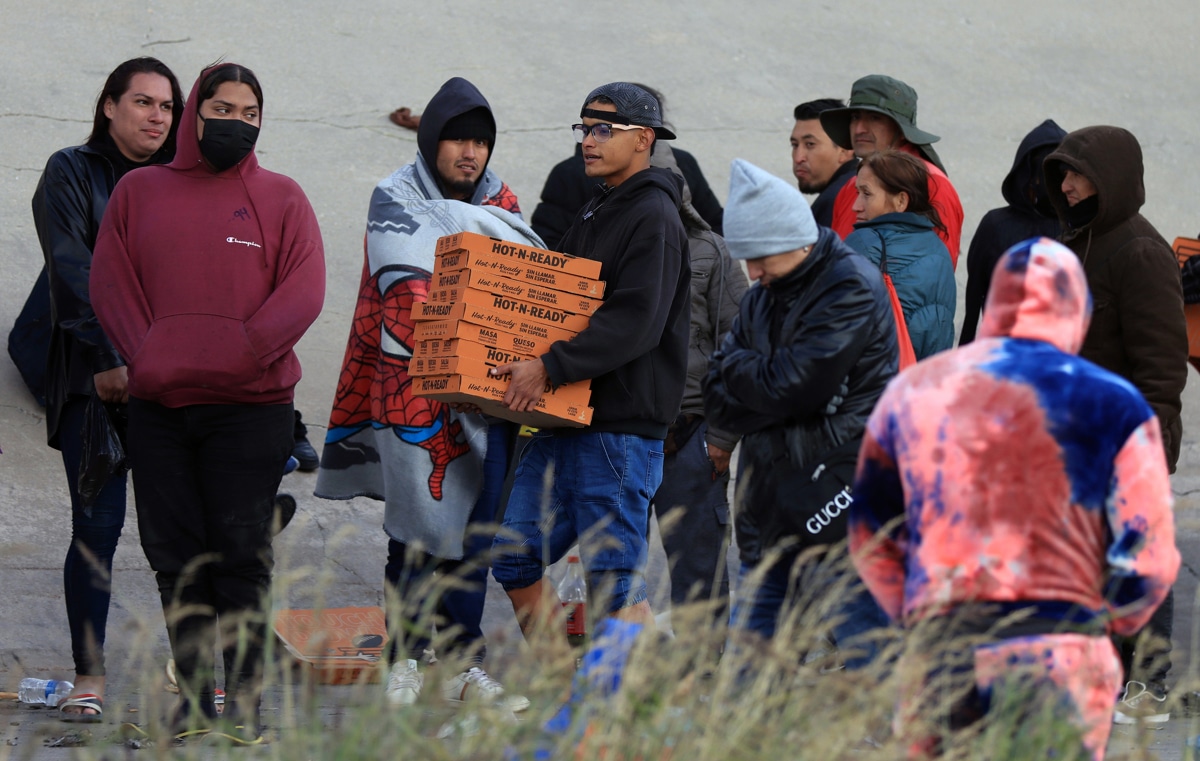 Denver Mayor Michael Hancock declared a state of emergency in Colorado’s capital after the massive influx of migrants, complaining that “cities across the country are being forced to deal with something we are not equipped for.” Huh.”

Democrats said they forecast on Thursday that it would be days before it becomes a new humanitarian crisis that is beginning to be felt along the United States border with Mexico, where the arrival of families is growing uncontrollably . , many of them from Venezuela and Nicaragua.

Our Suggestion: Despite Lifting Title 42, the US Will Continue to Deport Migrants

“It’s at a crisis point right now,” insisted the mayor, who said he has not pitched in for churches and humanitarian organizations in the city to help.

Hancock said 40 to 170 people would be hit by the avalanche each night in Denver, adding that he didn’t know when it would stop.

Many of them are Venezuelans and have arrived in the city on their own or with the help of organizations not knowing what they are going to do or where to go.

They are also part of the mass migration currently affecting El Paso (Texas), where about 1,500 migrants from a caravan arrived in a single night last Sunday.

May interest you: The Biden administration may not end the “Stay in Mexico” program with which migrants are expelled

El Paso deputy municipal director Mario D’Agostino indicated that the city could face 5,000 daily immigration detentions starting next Wednesday after Title 42 is lifted and a judge’s order that immediately deports migrants to the border begins in 2020. can be seen.

These families, who have had to sleep on the streets or in El Paso’s land and air terminals, are moving to other cities such as Denver and Dallas, and further afield, including Chicago and New York.

Hundreds of these migrants, who arrived in Denver on Friday, urged local officials and the community on their social networks and in the media to find housing and work in the city after the initial aid they received ran out.

Despite the fact that the municipality opened two temporary shelters and the cooperation of various religious or non-profit organizations (including the City of God Church and the Casa de Paz Center), many of the newly arrived families lack basic necessities. is, such as a suitable place for winter clothes or even for washing.

Denver’s mayor stressed, “Additional capacity is needed to ensure that basic needs are met and to ensure that the city does not experience a humanitarian crisis by keeping hundreds of thousands of displaced homeless migrants in our city.”

Our suggestion: US congressmen ask Biden to extend Title 42

The urgency to get winter gear comes as a cold front is expected to hit Colorado within a week, unleashing the season’s first severe snowstorms and dropping temperatures below freezing.

The local mayor’s office estimates that so far it has allocated about $800,000 in emergency funds to help about 900 immigrants, most of whom are from Venezuela.

Hancock also sought help from the federal government to continue supporting them.

Meanwhile, the Methodist Church of the Mountain Sky Conference, which brings together that denomination’s congregations in the Rocky Mountain states, launched its own campaign to help immigrants this morning.

“We’re looking for 2,000+ square meters of climate-controlled space with some of the following amenities, including bunk beds or cots, bathrooms, kitchen or kitchenette facilities, showers, laundry services, and family rooms for groups or individuals Small rooms are included. With healing disabilities,” explained Betty Nguyen, director of multicultural ministries for that organization.

At the same time, local officials estimate that about 400 new immigrants could arrive today and over the weekend, so Mayor Hancock declared “keeping these immigrants fed and off the street” a “priority.”

Bond market shining warning: raise interest rates or else we will do it for you

Firing during a judge’s protest in Beirut; 6 dead