US organization calls for resuming the path of peace with Cuba 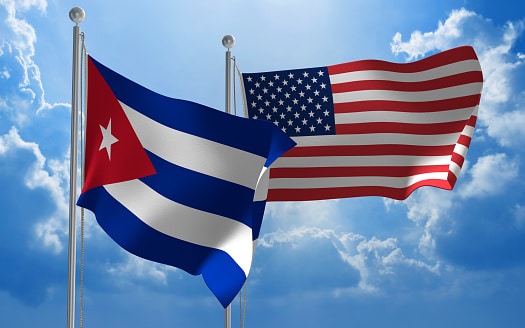 Cuba. On Saturday, the anniversary of the announcement of the normalization of bilateral relations that were affected during the administration of Donald Trump, the Code Pink organization said that now is the time for the US to return to the path of peace with Cuba.

The North American Solidarity Association stressed in a tweet that several steps were taken during the administration of Barack Obama (2009-2017) that allowed the opening of embassies in the capitals of both countries and the establishment of ties.

However, the process reverted with the Trump administration (2017–2021), which intensified an economic, commercial, and financial blockade against Havana and implemented more than 240 unilateral coercive measures including family reunification and barriers to immigration services. , included suspension of dispatch. Island travel disruptions and cruise cancellations.

Code Pink insisted, “Biden chose to defend Trump’s policies toward Cuba rather than Obama’s,” therefore reiterating its call for understanding.

On December 17, 2014, Obama and then-President Raúl Castro (2008–2018) announced that the United States and the Caribbean would resume diplomatic relations.

In his election campaign, Biden assured that he would reverse the measures of his predecessor, but in his two years in the White House he took steps that were considered limited in that regard.

His government announced measures in May such as the end of limits on remittances and the reauthorization of a family reunification program, but Havana officials and organizations such as Code Pink demand an end to the more than six-decade blockade. and hostilities against the island.

The new FLEXIDOME Panoramic 5100i (IR) now with built-in dewarping