US recalls more than 1,000 boxes of Chilean raspberries due to hepatitis A risk 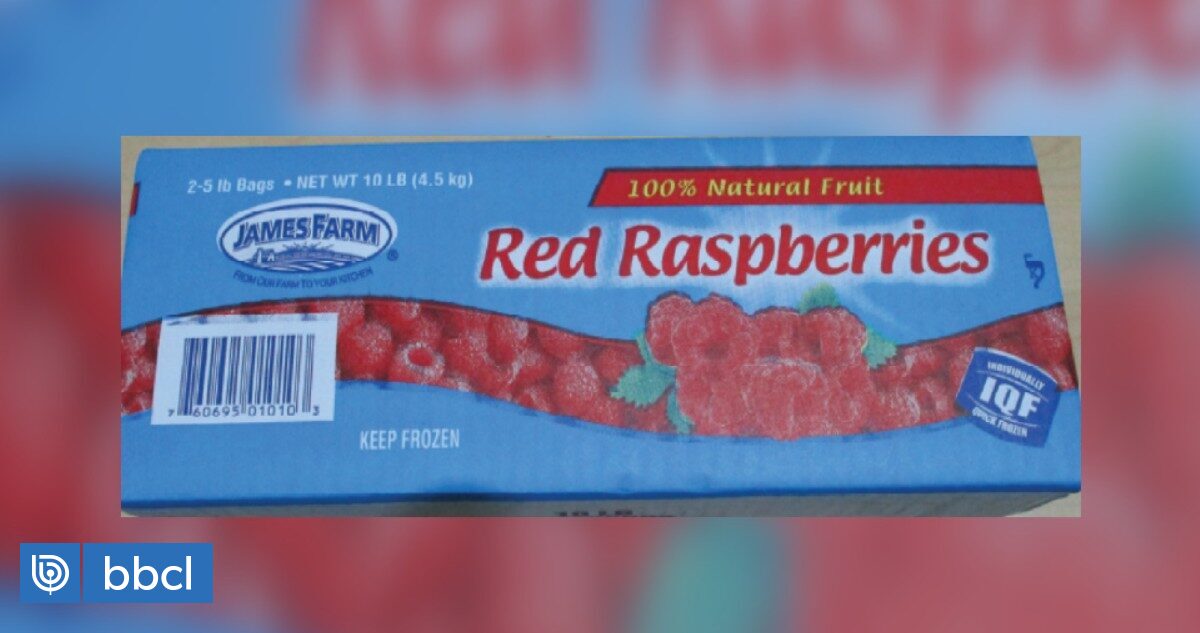 These are 1,260 boxes of raspberries from Chile that are marketed in the United States under the James Farms brand.

In the United States, the FDA (Food and Drug Administration) reported that they had been withdrawn from the market in that country. 1,260 boxes of Chili Fambures Considering the possibility of contamination of the products Type A hepatitis.

it was about fabricus They are sold under the James Farms brand. Kopramar, an exporter and processor of the fruit, was in charge of removing the products.

In an official statement, the FDA specified the batches affected by the withdrawal from the market.

“Consumers who have purchased the products should not consume them and should either throw them away or return them at the point of sale,” the regulator said.

As stated by the FDA, hepatitis A is a contagious liver disease caused by exposure to a virus, “Even through food.”

The disease, he said, usually occurs within 15 to 50 days of exposure and can be prevented if the vaccine “is administered within two weeks of exposure to contaminated food.”

He added that at this time there are no reports of users in the United States having health problems associated with consuming the above fruits.

biobiochili Kopramar has been contacted for more details following the order issued by the US regulator. The company promised to respond, though did not rule in this at the time of closing of this note.

Cause of nightmare commute revealed after traffic jam stretched for 17km