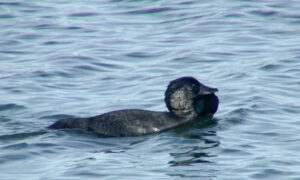 CHICAGO — The Department of Agriculture on Friday confirmed the first case of a highly pathogenic type of avian influenza in a wild bird since 2016 in South Carolina.

The USDA said it is identifying the exact strain of the virus and the results should be available in the next few days. One case of the H7N3 strain of highly pathogenic avian influenza (HPAI) was detected in a commercial turkey flock in South Carolina in 2020.

South Carolina officials said the Eurasian H5 type is considered low-risk to humans, but could be hazardous to the poultry industry. There have been no cases of human infection with Eurasian H5 viruses in the United States, they said.

The USDA has advised poultry producers to review safety measures to ensure the health of their flocks. Wild birds can carry bird flu without showing symptoms and transmit it to poultry through feathers or feces.

“So far, we have no indication that HPAI has moved from wild migratory birds to poultry, and we would very much like to see it stay that way,” said Michael Neult, SC veterinarian.

The spread of highly pathogenic avian influenza, commonly referred to as avian influenza, in Europe and Asia at the end of last year put poultry farmers on alert after previous outbreaks led to the culling of tens of millions of birds. Outbreaks also often result in trade restrictions.

In 2015, an outbreak of bird flu killed about 50 million chickens and turkeys in the United States.

After shooting in Uvalde, Abbott went to a fundraiser

Expectations and limitations of lithium