US says DR has largest stateless population in Western Hemisphere 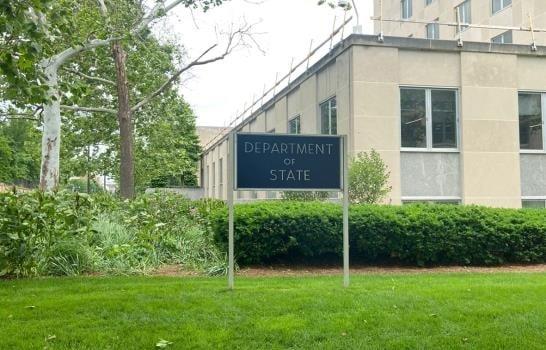 the dominican republic stateless population Largest in the Western Hemisphere, a . According to report good Presented by the United States Department of State.

It argues that a 2014 law created a mechanism to provide citizenship documents or a naturalization process to stateless people, but the law has not been properly implemented, effectively leaving at least 135,000 Dominicans of Haitian descent. are stateless and vulnerable to trafficking.

“Dominican women and children, especially from poorer regions, were victims of sex trafficking in the Dominican Republic, the Caribbean, South and Central America, Europe, the Middle East and the United States,” cites. report good,

According to the report, experts have observed an increase in the number of Venezuelan victims of trafficking in the Dominican Republic since the beginning of the Venezuelan economic and political crisis.

It also highlights that Cuban citizens and baseball players who worked as doctors in the previous reporting period may be forced to work by the Cuban government.

“The Dominican Republic is a destination for child sex trafficking, mainly sex tourists from North America and Europe. Trafficking of girls between the ages of 15 and 17 takes place on the streets, parks and beaches,” the document states. .

In addition, it refers that government officials and NGOs report an increase in the recruitment of Colombian and Venezuelan smugglers to dance in strip clubs and then engage them in sex trafficking.

According to report goodIn 2020, the government described an increase in the trafficking of Dominicans, especially children, brought from the country’s interior to coastal tourist areas.

“There are reports of forced labor of adults in the construction, agriculture and service sectors. The precarious legal status of Haitian-born Dominicans, the fear of deportation and the discrimination they face increases the risk of smuggling and labor abuse, including in the sugar industry,” he says.

She also notes that Haitian women report smugglers who often become smugglers for border sexual abuse, and “observers note that smugglers operate along the border with impunity and sometimes a With the help of corrupt government officials who accept bribes to allow undocumented immigrants to cross over.”

According to the United States, border crossings remain porous and unprotected, making migrants, including children, vulnerable to trafficking.

They say that LGBTQI+ people also experience high levels of violence, which can include trafficking.

The United States Department highlighted that, during the period report goodLarge numbers of unaccompanied children at risk of trafficking were detained and returned from the high seas around Puerto Rico.

The Dominican journalist graduated from the Catholic University of Santo Domingo (UCSD). She is an announcer, master of ceremonies, model as well as host and producer of her own digital space Acceso VIP.

In a blow to telecommunications, California’s net neutrality law upheld