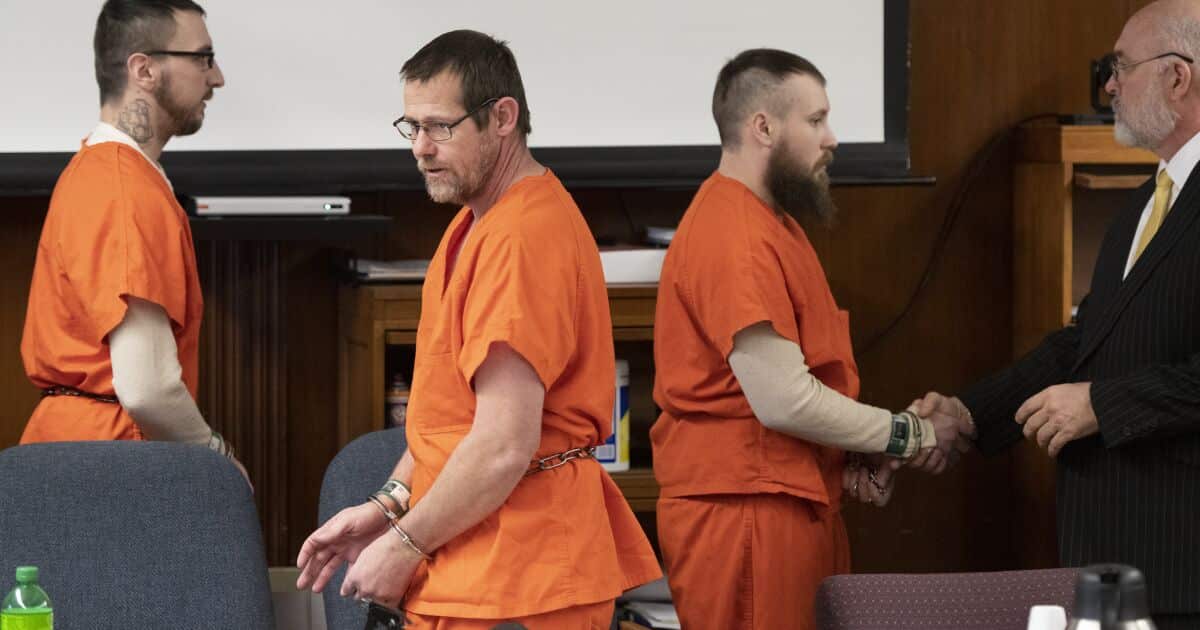 A judge on Thursday handed down the longest prison sentences ever handed down in connection with a plot to kidnap Michigan’s governor, sentencing three men who aligned with a leader of the scheme before the FBI broke it up in 2020.

Joe Morrison, Pete Musico and Paul Bellar were not accused of having a direct role in the plot. But they were part of a paramilitary group that trained with Adam Fox, who alone faces a possible life sentence for his federal conviction on December 27.

The three men were convicted in October of providing material assistance to commit an act of terrorism, which carries a maximum sentence of 20 years in prison, and two other offences.

Musico was sentenced to a minimum of 12 years in prison, followed by his son-in-law, Morrison, to 10 years and Bellar to seven years. They will be eligible for release after meeting those conditions, but any decision rests entirely with the Michigan Parole Board.

Speaking on recorded video, Governor Gretchen Whitmer urged Judge Thomas Wilson to “impose a sentence commensurate with the severity of the damage done to our democracy.”

Whitmer said, “The plot to kidnap and assassinate a sitting governor of the state of Michigan is a threat to democracy itself.”

Wilson presided over the first batch of convictions in state court, following high-profile conspiracy convictions for four others in federal court. Fox and Barry Croft Jr. were described as having spearheaded an improbable scheme to kidnap Whitmer from her vacation home with the intention of inspiring the American Civil War known as “Boogaloo”.

In Michigan, a person convicted of more than one crime usually receives a prison sentence, often at the same time. But Wilson took the unusual step of ordering consecutive sentences for Musica and Morrison, increasing their minimum sentences. In addition to their conviction for aiding a terrorist act, the three men were also convicted of firearms offenses and gang membership.