USA: 90% of counties had disasters this decade 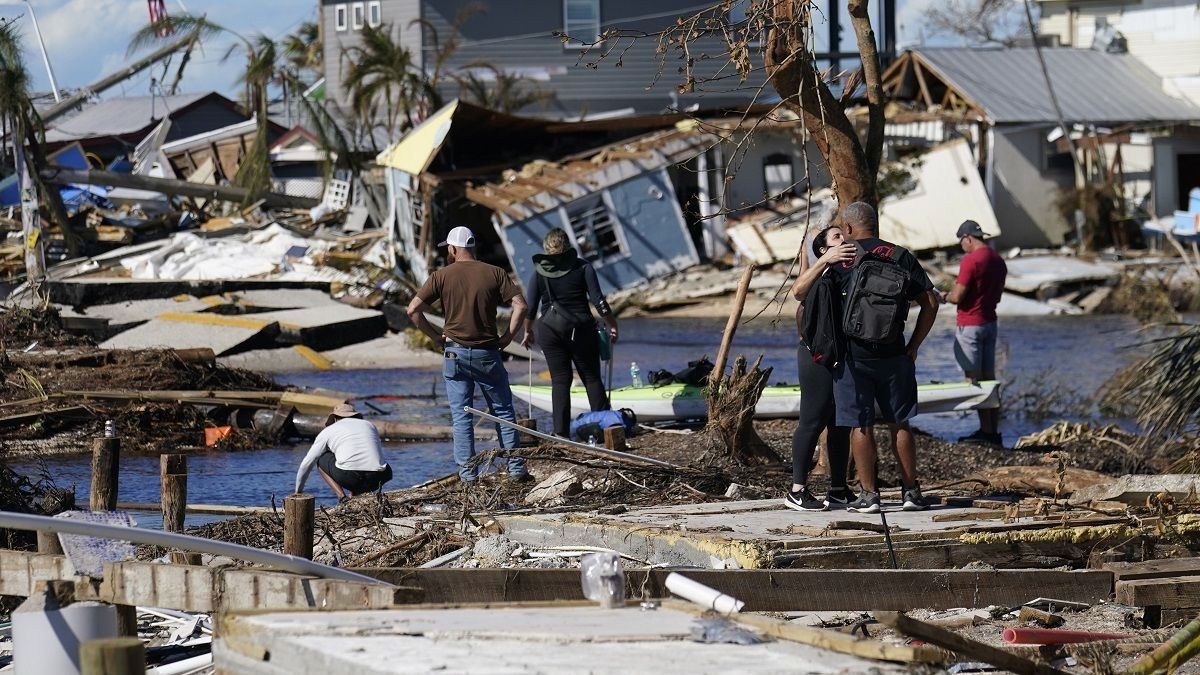 Rebuild by Design, which published the report, is a non-profit organization that researches ways to prepare for and adapt to climate change. It was created by the Department of Housing and Urban Development (HUD, for its abbreviation in English) after Hurricane Sandy, a hurricane that struck the eastern United States ten years earlier and caused $62.5 billion in damage.

The researchers had access to data from contractors working closely with the US Federal Emergency Management Agency (FEMA), which allowed them to analyze disasters and compensation by county. The report includes approximately 250 maps. They also looked at who was most vulnerable and compared how long people remained without power after extreme weather events in different places.

California, Mississippi, Oklahoma, Iowa and Tennessee had the most disasters in the US, with at least 20 each, along with numerous tornadoes, fires, floods and mudslides. But over an 11-year period, completely different states—Louisiana, New York, New Jersey, North Dakota and Vermont—received more funding per capita for disaster relief.

Amy Chester, managing director of Rebuild by Design and co-author of the report, expressed surprise that some states were getting more money than others to rebuild. The difference is partly due to the fact that the cost of living differs from state to state, as well as the monetary value of what is damaged or destroyed.

“Sometimes disaster funding is skewed toward more affluent and resourceful communities,” said Robert Bullard, professor of environmental and climate justice at Texas Southern University, who was not involved in the report. Bullard co-wrote a book in 2012 with Bevertley Wright, another environmental and climate justice expert, detailing how the federal response to disasters often excludes black communities.

Hurricane Harvey, now a tropical storm, is on track to become the costliest natural disaster in US history.

The new report seemed to support this. People most vulnerable to the effects of extreme weather events don’t make much money, the study says. Those parts of the country also experience the longest power outages.

Bullard said, “When disaster strikes … the money doesn’t get to the places most needed.”

Another reason for the funding gap could be that heat waves are not covered by federal disaster legislation and do not unlock government aid. If they did, Southwestern states like Arizona and Nevada could rank atop the per capita spending charts.

The report was prepared by activists, not scientists, and goes too far in attributing all weather disasters to climate change. this is wrong. Rob Jackson, a climatologist at Stanford University, said climate change has made some storms stronger and more frequent. However, he added, “I don’t think it’s fair to describe every disaster we’ve had in the last 40 years as a climate disaster.”

Although not all recorded meteorological disasters can be attributed to climate change, Jackson said the value of the collection remains.

“I think it helps to point out that in practice, weather-related disasters already affect all Americans, regardless of where they live,” he said.

According to the researchers, the US federal government provided a total of $91 billion to counties to recover from extreme events during those 11 years. It only includes spending from the two FEMA and HUD programs, not individual assistance or insurance payments through the agency. Nor does it include assistance from other government agencies such as the United States Federal Agency for the Development of Small Business (SBA) or the Military Corps of Engineers.

Chester said the total would be much higher if all those federal aid programs were taken into account. The US National Center for Environmental Information estimates that between 2011 and 2021, one trillion dollars was spent on climate and weather events.

The report recommends that the federal government focus on preventing disasters rather than waiting for them to happen. According to an estimate by the National Institute of Building Sciences, every dollar invested in mitigating the effects of natural disasters, for example in building dams or preventive burns, saves the country six dollars.

“The main thing for us is that our government continues to invest in physically and socially vulnerable areas, rather than investing in places that are already at a disadvantage,” Chester said.

Wanna Get Away Plus brings flight conveniences

Apple celebrates its 46 years as a technology icon