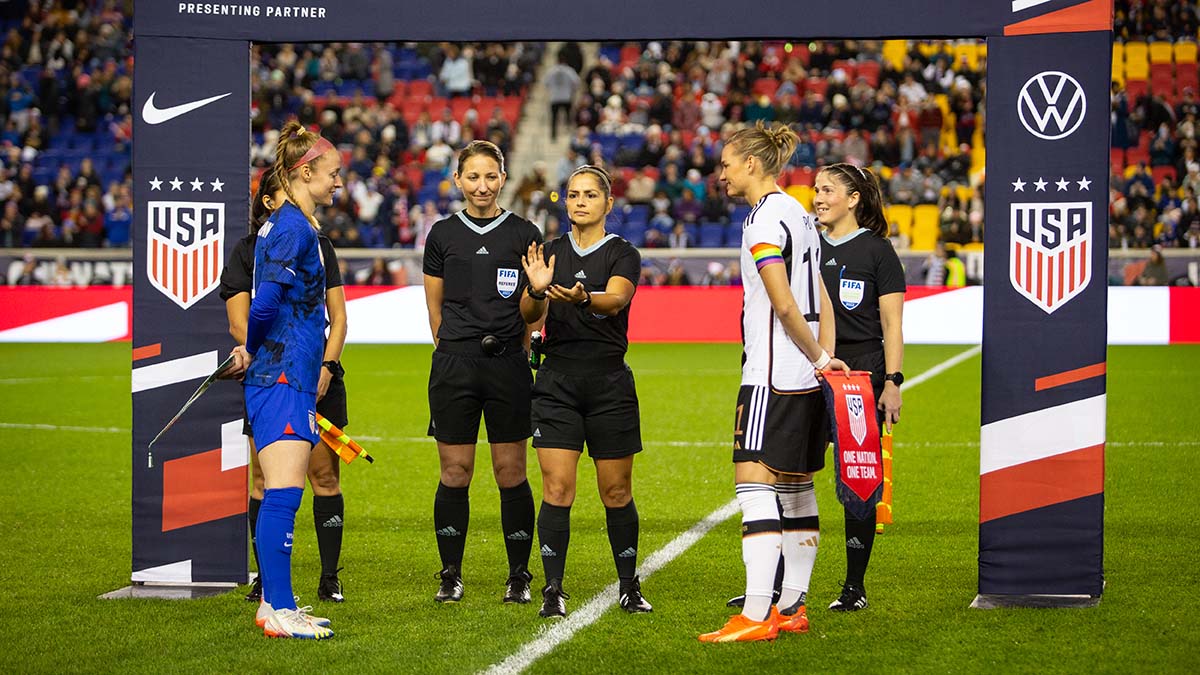 The US women’s national team will face a familiar foe at the start of the 2023 FIFA Women’s World Cup.

Saturday’s draw placed the winner of the US, Netherlands, Vietnam and the TBD qualifiers in Group E for the 2023 event in Australia and New Zealand. The USA will begin the group stage against Vietnam on 22 July, face the Netherlands on 27 July and finish against the winners of the tie on 1 August. All three of the Americans’ group stage matches will be played in New Zealand.

Although the United States would face Vietnam first, the most important game of the group stage would be against the Netherlands. The two teams met in the 2019 Women’s World Cup final in France, with the USA emerging victorious thanks to goals from Megan Rapinoe and Rose Lavelle. Both sides will be eyeing another final in 2023 as the USA are ranked No.1 and the Netherlands are No.8 in the FIFA rankings.

The 2023 draw could set up another intriguing final showdown for the Americans. England, who are fourth in the FIFA rankings and beat the United States 2-1 at Wembley Stadium earlier this month, were drawn in Group D with China, Denmark and a playoff winner from the fixture. Pool D is on the opposite side of the bracket from Pool E, meaning that the United States and England will not meet until the final or third-place match.

Here’s the complete draw of the FIFA Women’s World Cup 2023, along with the countries competing for the final playoff spots:

Paradise preschool class gets a visit from Santa Claus

Disneyland is unearthing the roots of Walt Disney’s imagination by creating his Dream Tree.