USA: Inflation and the Ecosystem 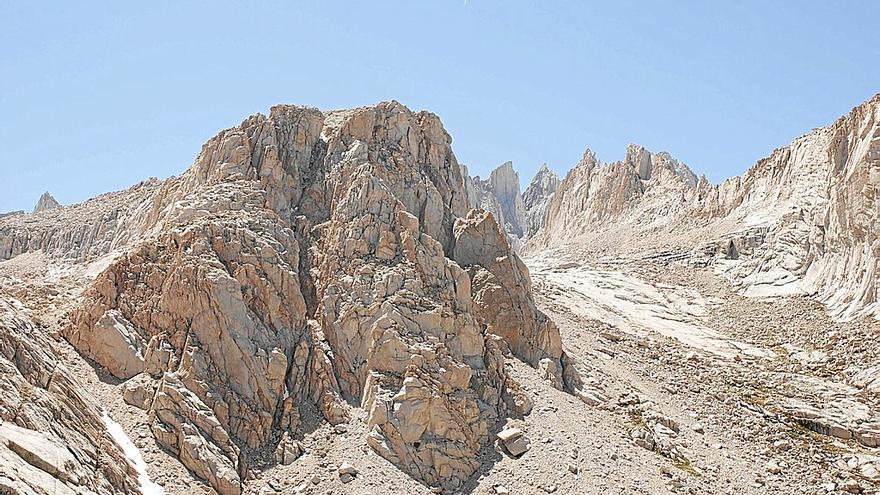 This legal measure promotes the production and use of renewable energy sources, climate-smart agriculture, and the rehabilitation and maintenance of coasts, forest areas and habitats affected by the climate crisis. The law puts the republic on track for the first time to comply with Paris Agreement commitments and will reduce carbon emissions by around 40% by 2030. That means reducing greenhouse gas emissions by about one gigatonne, or billion metric tons, over eight years.

The legal approach is novel. A law aimed at reducing inflation would reduce the deficit, reduce the price of shopping carts, lower the price of drugs, require large corporations to pay a portion that is matched by the public treasury ($1,000 million 15% tax rate on income and combat the climate crisis. A landmark legislative achievement in the fight against special interests that benefits working families, creates jobs and grows the economy from the bottom up, not the other way around.

The legal perspective is also hopeful, but the truth is that it comes more than a century late.

During his explorations in the late 19th century, explorer John Muir counted five sawmills on the lower edge of the belt formed by California’s large softwood ecosystem, all of which cut redwood and sold it as sequoia. Only one of the smallest of these workshops cut 600,000 m of timber in 1874. As a result of this exploitation of the environment, the area inhabited by these prehistoric titans was reduced by 95% between 1850 and 1910.

In 1873 one of these trees was cut down so that the stump could be used as a dance floor, a track about 100 square metres. Another, the slimmest, was over 100 meters tall, glistened to a height of 35 meters from the ground and the bark was sent to London to show the British public “how slender and large this type of tree was”. The specimen, of course, died, but still holds up its arms like a hideously mutilated ruin denouncing the abuse of human folly. “Any fool can cut down trees. They can’t defend themselves or run away,” Muir assured the audience. If any of these self-titled entrepreneurs had thought about building seedbeds or planting new seedlings thought, but artificial cultivation was not able to counter the human factor, because “it takes more than three thousand years for some of the oldest sequoias to grow.” Grow, grow, the trees are still in full strength and beauty, swaying and singing in the mighty forests of the Sierra. But they perished by the thousands a year. It was necessary to protect the trees from hunting and to stop deforestation by creating protected areas.

It was not until the 1870s that Muir and other naturalists, biologists and even politicians began a movement to protect the natural environment. “The wrongs committed against these trees,” wrote the author, “are all kinds of wrongs, committed in the darkness of ignorance and iniquity, but when the light comes, the hearts of the people are always right.” Along with Century magazine editor Robert Underwood, Muir promoted the creation of Yosemite National Park in 1890. His writings helped change citizens’ attitudes toward nature and convinced the United States government of the need to preserve the country’s nature.

They were later published in book form in 1901 under the title Our National Parks. Muir called for further action when he accompanied President Theodore Roosevelt on a trip to the west in 1903, and 44 years after Yellowstone was established, President Woodrow Wilson dedicated the national parks service on August 25, 1916. Today, this federal office protects 400 natural habitats, covering a total of 340,000 square kilometers of land, which is forty times more than the surface of Euskal Heraia.

Author and historian Wallace Stegner called the national parks “the best idea in the country”. Thoroughly democratic, they reflect the best in man. And this idea has been cherished for more than a century.

“Why does man value himself as a small part of a great natural unity?” Muir thought. He attacked the prevailing belief that nature exists only to provide basic products for man. His vision that all life forms an equal community still inspires those who aspire to conserve nature and work to protect it. One hundred years later, approximately 90% of the surviving giant sequoia forests and 80% of the surviving redwoods remain in parks and nature reserves. But much more remains to be done to ensure that future generations can enjoy these spectacular places.

We have a lot of work ahead of us at home too. Already in the late eleventh century, Estella’s jurisdiction regulated that, if someone felled a tree on someone else’s property or in communal areas of the city, they had to pay an annual fine for the branches and shade, and If that tree was about to bear fruit, until another tree was planted in the same place; And she had to swear it’s just as leafy as the first one. Since then these norms have been replicated in all Basque jurisdictions.

In the mid-13th century, the Jurisdiction of Navarra regulated the felling of trees in its sixth book, and these rules were incorporated into various Basque legal texts until the 19th century: “[Y] Much attention is paid to the observance of the law which provides that for every tree that is cut down two new ones are planted, and that all republicans and keep a tenth of their own. [se] Distribute in planting and guiding trees and benefiting them. Last summer’s fires are an announcement of the disturbances that the climate is going to create in our ecosystem in the near future, so reform of legislation and other parallel actions in this matter are an urgent matter.

Although there is greater awareness of the need to fight climate change and protect biodiversity, most investments in this area come from the public sector and to a lesser extent from development banks, NGOs and foundations. Private sector players and financial institutions have avoided investing in the health of the planet due to its “high risk and low returns”.

The Inflation Reduction Act sends another message: taking action to counteract climate change is financially and economically beneficial, as well as possible, desirable, and necessary. So say 126 leading economists, including seven Nobel laureates, two former Treasury Secretaries, two former Vice Chairmen of the Federal Reserve and two former Chairmen of the White House Council of Economic Advisers. But, fundamentally, it is our habitat that makes us human when it comes to risk and return; There is no life without them.