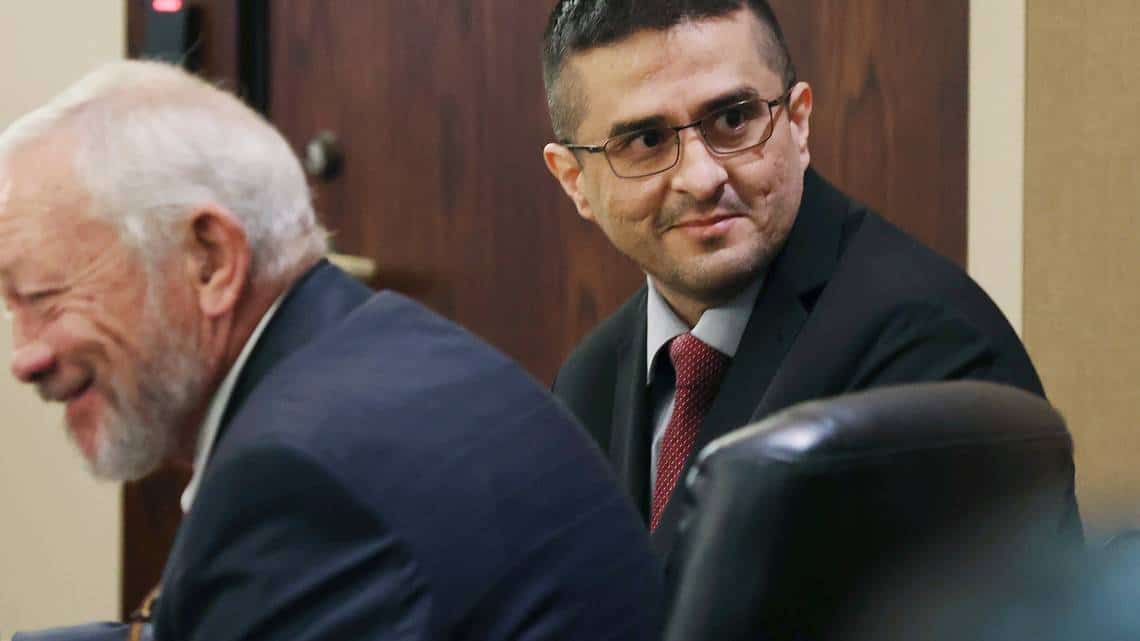 Jurors in a murder trial facing a former Border Patrol agent have heard a recorded interview in which he confessed to killing four sex workers in South Texas in 2018.

When Ortiz was arrested in September 2018, he was a Navy veteran serving as a Border Patrol intelligence supervisor. Officials have said that he was not on duty at the time of the killings and was in plain clothes. He is charged with the murder of 29-year-old Melissa Ramirez; Claudine Anne Luera, 42; Giselda Alicia Cantu, 35; and Janelle Ortiz, 28.

The San Antonio Express-News reported that in a video played in court last week, Juan David Ortiz told detectives that when he walked down a stretch of road that women frequented, “the monster would come out”. He told investigators he “wanted to clean up the streets” and called the women “garbage” and “very dirty”.

Usually, she said, he was “kind, smart, funny, a normal guy,” but he felt bad that day when he told her he was “the last person” to have sex with Ramirez, whose body was found. a week ago. He testified that he was concerned that investigators would find his DNA.

Luera had been shot the day before, on 13 September.

The defendant told police that after picking up Luera and giving her a “dose” of drugs, he told her that they should go see the site where Ramirez’s body was found. She said she “started to get scared.” He died. in hospital after being shot in the head

Calderón said that it was not until Ortiz confessed that he learned of the murder of the fourth woman, later identified as Janelle Ortiz.

Janel Ortiz and Cantu were murdered hours before the arrest of Juan David Ortiz.

Ortiz said in the recording that he planned to take his life that night and that Cantu told him: “Don’t do it, God loves you.” It was then, he admitted, that he shot her in the neck.

The trial is taking place in San Antonio, in Bexar County, after the defense requested it be moved from Webb County due to heavy media coverage.

Ice Creams in Fortnite: Where to Find It, What They Do, and More

What is ‘personality’? The ethical question that needs a closer look at abortion debates