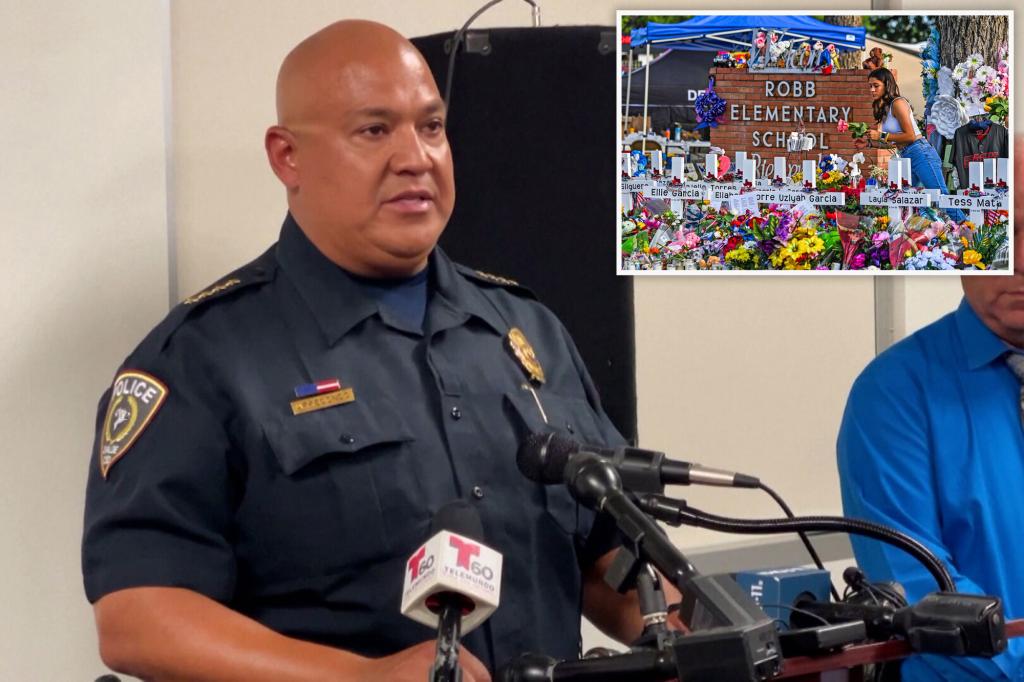 Uvalde School District Police Chief Pete Arredondo was placed on leave Wednesday, almost a month after his department messed up the response to the Robb Elementary School shooting that killed 19 students and two teachers.

Arredondo was relieved of his duties by Superintendent Dr. Hal Harrell after it was discovered that policemen under his command waited 77 minutes to confront militant Salvador Ramos on May 24.

“From the very beginning of this horrific event, I have said that the district will wait for the completion of the investigation before making personnel decisions,” Harrell wrote in a press release.

“Today, I still do not have information about the investigations carried out by various departments. Due to the remaining ambiguity and the unknown timeline for receiving the results of the investigation, I have taken the decision to place Chief Arredondo on administrative leave from that date.”

On Tuesday, the director of the Texas Department of Public Safety said Arredondo’s response was a “terrible failure” and said the chief put the lives of police officers “above the lives of children.”

“Mistakes were made and this should never have happened and we can’t let that ever happen… it set our profession back a decade,” DPS Director Steve McCraw told state senators.

Ramos entered through an unlocked door and gained access to two adjacent classrooms, where he murdered fourth graders for over an hour. Arredondo and his officers didn’t even attempt to enter the rooms until the task force arrived 77 minutes into the violence, CCTV footage showed.

McCraw told lawmakers that the nine officers who were present three minutes after the shooting began had sufficient strength to “isolate, distract and neutralize the subject.”

Investigators said Arredondo mistakenly treated the shooting as an incident with a barricaded suspect rather than an active shooter situation where the top priority for police officers is to counter the suspect in order to stop the violence.

Ramos was eventually killed by the police.

According to Harrell, UCISD Lieutenant Mike Hernandez was to temporarily take over Arredondo’s duties.