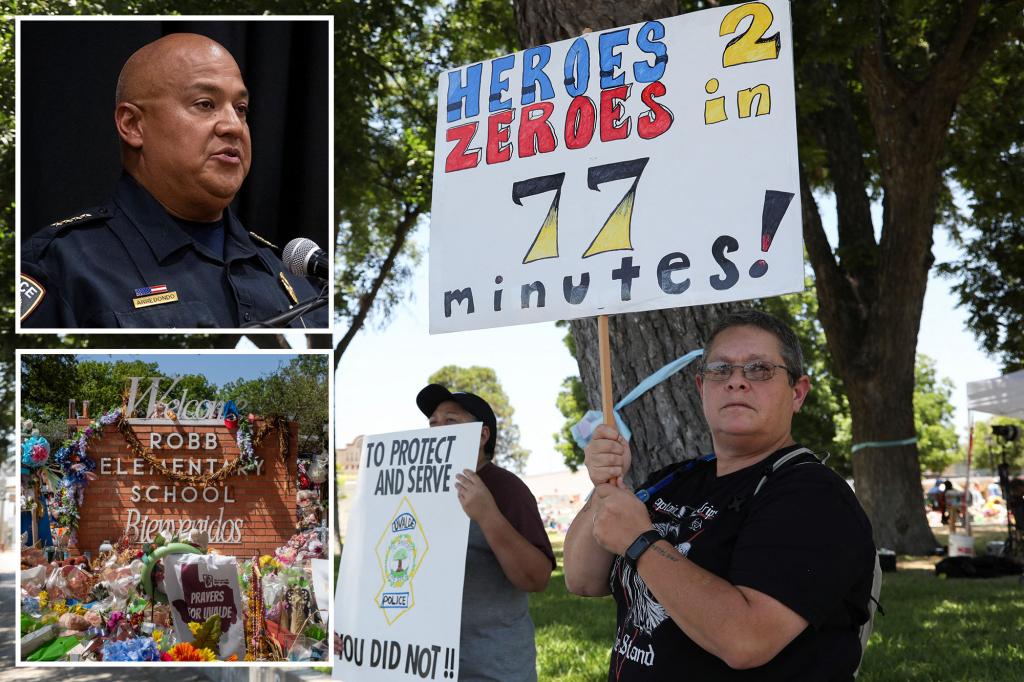 Uvalde School District Police Chief Pete Arredondo, who is accused of a failed police response to the killings of 19 children and two teachers and is also a city council member, could lose his seat at the next city council meeting.

The Uvalde city council voted to deny Arredondo a holiday, largely due to resistance from residents on Tuesday.

“We don’t need him,” Uwalde resident Kim Hammond said emphatically at a city council meeting on Tuesday. “We want him to come out!”

State investigators said Arredondo was in command of the incident at the time of the shooting and was responsible for the “terrible failure” to enter the classroom and kill the shooter after waiting over an hour and 14 minutes before breaking the classroom door.

Under Uvalde’s local ordinance, a council member who misses three meetings must be removed from office. Since the city council voted unanimously to deny him leave, Arredondo could be fired after the next meeting on July 12 if he doesn’t show up.

City Attorney Uvalde did not immediately respond to The Post’s inquiry about how the process would go.

“You can delete it because it is going to free up its space. Your agenda (item) is the decision not to give Arredondo a vacation. Why the hell are you? Hammond said to the applause of her countrymen.

Hammond explained to the mayor and city council that she and other residents tried to recall Arredondo before realizing they couldn’t because he hadn’t taken his seat for eight months. They also tried to change the charter of the city before they stumbled upon yet another roadblock. The bylaws have recently been amended and will not be able to be changed for another two years.

“Let him miss three meetings. He is my adviser. Don’t waste any more time on him.”

Prior to the May 24 shooting, Arredondo ran for and won a seat on Uvalde’s city council, taking the oath away from the public eye a few days after the massacre. He did not attend any council meetings after the shooting and kept out of the public eye.

How does Ram plan to replace Johnny Hecker?