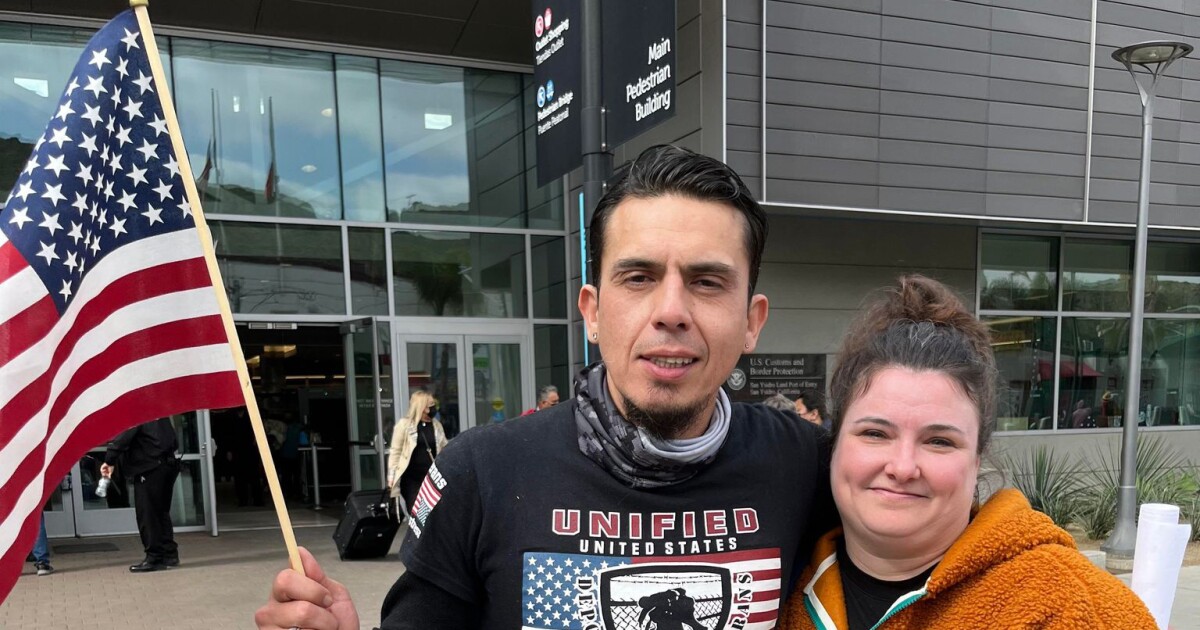 Alex Murillo Bernal, a veteran of the US Navy, returned to the United States on Monday with a humanitarian permit after more than a decade of being deported to Mexico, and it is expected that he can regularize his immigration status.

Murillo, 40 years old, declared himself “immensely happy” when meeting with his relatives at the pedestrian exit of the San Ysidro port of entry, in California.

It was the first time that Murillo, a former combat aircraft mechanic on the aircraft carrier George Washington, set foot in the country again since he was deported in 2011.

Robert Vivar, a representative of deported veterans before the Department of Homeland Security (DHS) and the Veterans Administration (VA), told Efe that Murillo “returned on humanitarian leave because his mother underwent surgery and is hospitalized.”

Also, he added, the permission was due to the fact that “the VA wanted to give him his benefits.”

Murillo crossed the border from Nogales, Mexico, into Arizona when he was less than a year old and grew up in Phoenix.

“I grew up like any of my friends: school, soccer, baseball. When I finished high school I signed up for the Navy,” she said.

He worked three years on the aircraft carrier, which was sailing through the Middle East. In the year 2000 she returned to Phoenix. “The transition from military to civilian life was very difficult, and without any help, I started self-medicating for post-traumatic stress and drinking alcohol,” she recalled.

One day when he also had a small amount of marijuana with him, he was arrested, booked and later sentenced to a few months in prison, and when he finished his sentence he was deported.

He said that, paradoxically, now that marijuana use is legal in Arizona, users can carry an ounce (just over 28 grams), roughly the amount for which he was deported.

Since 2011, when he was sent to Mexico, Murillo has lived in the cities of Rosarito and Tijuana, in the state of Baja California.

According to Vivar, now with the humanitarian permit and the support of the VA, Murillo could regularize his immigration status in the United States.