Victor Lapena: “Getting a medal would be something historic” 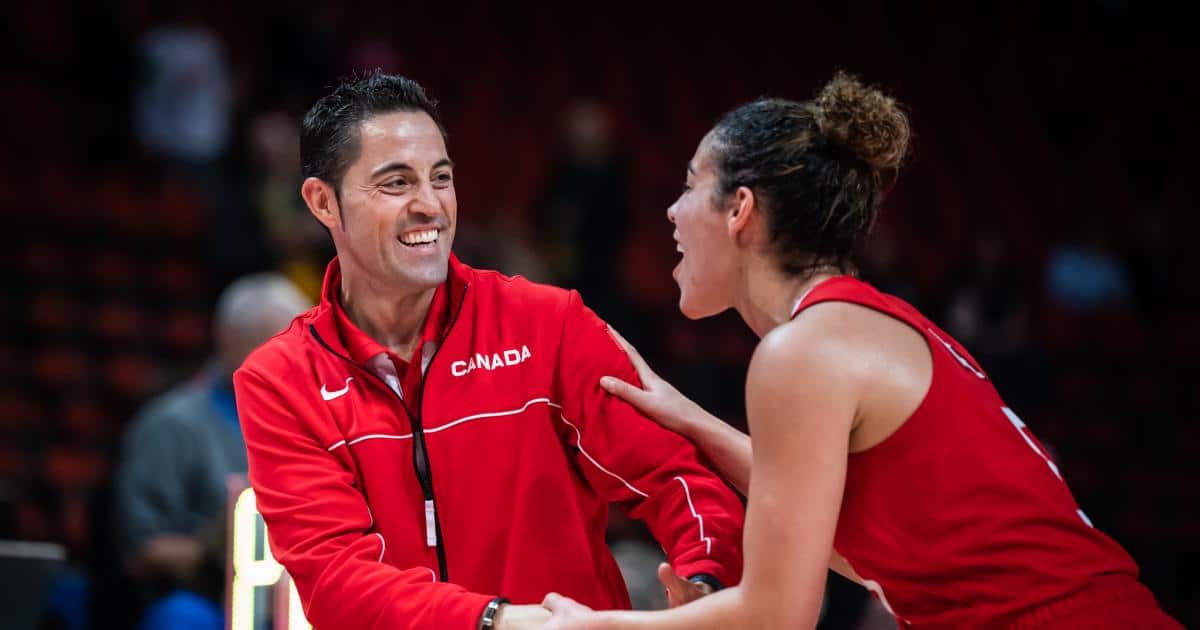 The Canadian women’s team last played in the semi-finals of the World Cup in 1986. This Friday, 36 years later, he returns to a medal fight with Aragonese coach, Victor Lapena. How are you, coach?

We are jumping with joy. Everyone who follows the team is very happy. Moreover, it is a group that is experiencing a generational change. There are only a few players left, who have played in the World Cup in Tokyo or Tenerife, who have always been in the quarter-finals, are going to achieve this… It has been very exciting for everyone. Not only now, but the group this squad competes in has been called death.

And with Australia we only lost three points… The team has a very good championship, I don’t know if it’s beyond our means, and hopefully we get a medal because it will be something historic. I think the players trust me a lot in my approach. We have a very recognizable basketball and I think people are going to love it. The opinion that I get from the coaches of Spain is very positive. That’s what makes me the most happy. I always tell girls that try as hard as you can, that’s where good things come from. They understand him, support him, trust him… It’s a pleasure to lead this team. Let’s see how far we can go.

He had assumed office in January this year. Did you expect your labor to be rewarded so quickly as head of the national team?

I’m not much of it, setting long-term goals. I’m more into daily work, watching how the team develops and seeing if we can do one basketball or the other. This is a long-term project, thinking more about the Olympic Games. Due to some circumstances or other, we have accelerated that process. From first contact, when we played the first leg of the World Cup in February, I had already noticed that this group had special things both at the human and at the work level.

I had never worked with Canadians, but they always told me that they are very disciplined, that they work hard. Added to this is that they are a very happy group, I have had a lot of fun training with them. I came with the hope that we could face the best of every match. The team arrived with great ambition, eager to compete. Winning teams like Serbia or France allowed us to go much further as a block. Before reaching the World Cup, I didn’t set any boundaries because I don’t like to do that.

What aspects would you highlight about your players?

Canada has always been a tough team to beat with a very powerful physique. With Spain I remember we had problems because they competed very well. He didn’t have something that seemed to have been achieved this year: knowing how to compete at crucial moments. Everything happens because of the association we have with the girls coaching staff, we strongly believe in what we do. Everything we propose is executed almost perfectly. It’s all very dynamic, happy, no bad vibrations. The bench is fantastic, how happy people who don’t play… it’s one of the things I’m most exposed to.

The million dollar question. How do you beat the United States?

In addition to having a bad day, shorting possessions, trying not to score easily, not in a few seconds or from the three-point zone. That means, if they have a bad day in shots of two, if you have a practically perfect day… you may have options. They are playing at an average of 90 and 95 points. Which is very difficult for us to achieve. Let’s take it without any fear. We have taken a style and we are going to continue along the same lines, making small adjustments.

Since 2006, when the United States lost the semi-finals against an influential Russia, they have not lost a game in either the World Cup nor the Olympic Games. The domain is huge, but so is the wear and tear they are subject to. They move the bench non-stop and those who come out often look better than those sitting on the court.