Video: He went out to buy during the national team match and was robbed for stealing his cell phone 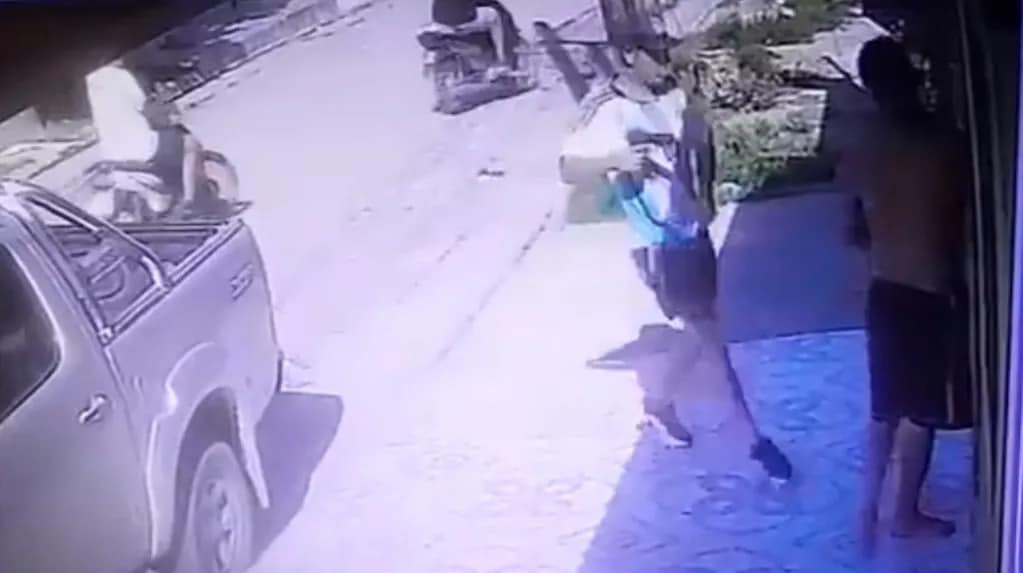 a young man The national team went out to buy at halftime of the match When two bike-borne youths approached him they pointed a gun at him and stole Mobile phone.

Argentina face Croatia for the semi-finals this Tuesday world cup qatar 2022 And despite the fact that it was celebrated with great joy and passion across the country, there were some who faced a tough time due to insecurity.

Read also: “I didn’t get to see the game”: a man hijacked a bus full of passengers and went home

There was a boy from the Somme neighborhood of Tucuman on the sidewalk of his house During half-time when he was surprised by two criminals on motorcycles.

One of the thieves got down from the car and Pointed a gun at him. He asked for his belongings and tried to enter the house, but the victim did not have the key.

that’s why he removed Mobile phone and after a few seconds escaped with his companions.

Read also: Unusual robbery in Rosario: they broke into a house, emptied the canvas pool and took it

The entire sequence was recorded by a security camera from an adjacent house that captured the exact moment of the perpetrators’ violent actions and was later shared on social networks by Tucuman journalist José Romero.

So far there is no information about the whereabouts of the attackers.

“I didn’t get to see the game”: a man hijacked a bus full of passengers and went home

An unusual act of insecurity occurred this Tuesday in the heart of downtown Buenos Aires, the Ciudad Santa María in San Miguel. a man, apparently in a hurry because he didn’t get to see the game A bus carrying the Argentina national team on its way to the World Cup final was stolen and loaded with passengers.

Read also: Argentina beat Croatia and is in the World Cup final: wait for France or Morocco

Audacious attack on a prisoner of Line 440, who had just started his journey after leaving the header at Fraga and Avenida Ricardo Balbín, when stopped at a traffic light and the bus was loaded the driver warned that he was going down To buy something at a kiosk.

On the countdown to the start of the match against Croatia which the national team won 3–0, impatience won out over logic and one of the passengers decided to get behind the wheel and run with vehicle.

As per the official version which was published by the local portal daily effectOn the complaint of the puzzled driver, an operational lock was opened in that area. fan stopped “in a hurry” Near the intersection of Callao and Maestro Ferreira Streets.

Read also: An “armed” criminal pretends to have a rifle with an umbrella and robs an ice cream parlor

was labeled as the reason “suspected of auto theft” And Malvinas was in charge of Argentina’s UFI number 22.