Video. Scandal by TikTokers who barged into Big Brother house and recorded everything: They cut the broadcast 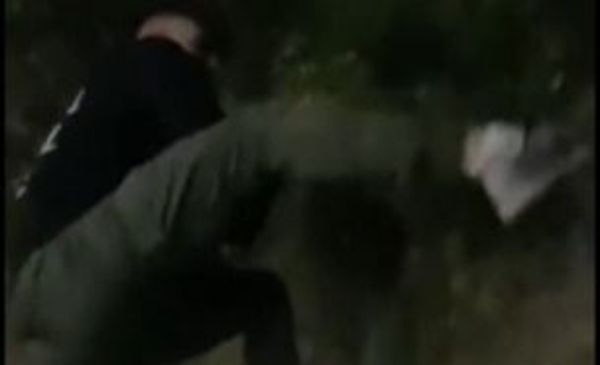 Big Brother experienced a real scandal in the past few hours when an intruder broke into the most famous house in the country and managed to record several images. It is a famous TikToker that has been ripped and spread in videos on social networks to generate a great impact.

It is “El Vandi”, a famous TikTok influencer, who entered the house and filmed how he managed to infiltrate by jumping off a wall and thereby breaching the security. In a video that went viral on social networks, he says: “People, you can’t imagine the adrenaline I felt. If you liked this video, share it, like it, support it, wow.” And he apparently got thousands of responses from his followers, which multiplied as a result of this maneuver.

In fact, the young man appeared in front of the camera with full lightness and confirmed that he had entered the house. In social networks, “El vandi” is all the rage for attending various big events without anyone knowing, as was the case with Lollapalooza or various concerts.

An intruder in elder brother’s house 2022

This is a TikToker known simply as “El Vandi”, with over 120k followers on Tik Tok, a social network where he is known to sneak in events. Here the video is recorded by the same “Vandi”.#GranHermano #d2022 pic.twitter.com/ic4H3ZwJky

It was in this context that GH participants also became aware of the presence of the intruder and, in this case, Lucila and Maria Laura alerted their partners to the erratic situation presented by the television game. “La Tora” noted the maneuver and expressed: “He broke into the house and dropped his shirt to say he had come in. “El Vandi” is a madman who hides everywhere “

There is no doubt that the contestant knew the famous TikToker, that the videos she uploads to her account get millions of views.

Meanwhile, Juan was even more curious. “And you say he is inside the house?”, he asked himself, to which Lucilla told him: “No, he got in there and entered the house”. One example of great concern is the situation created not only by the production, but also by the players.

I was smoking and I was made a bun” added Maria Laura, one of the people who saw “El Vandi” coming into the house. In the midst of this explanation, Big Brother Productions broadcast live. disconnected and the intruder didn’t say anything more about the situation. What will happen next?