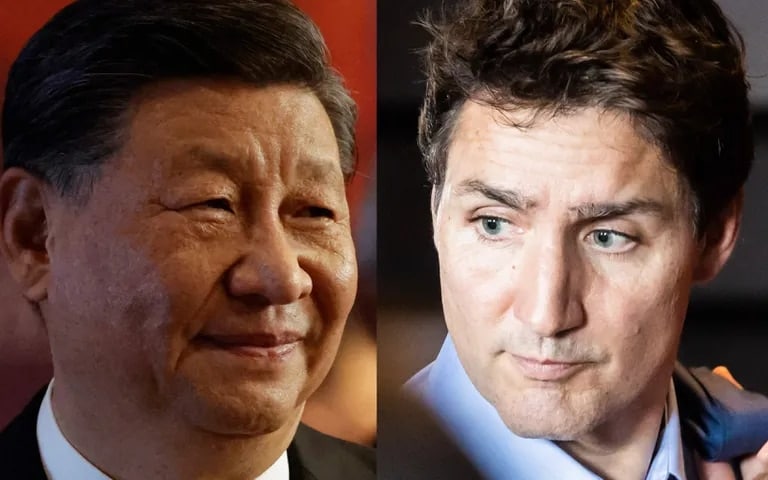 President of China, Xi Jinping on Wednesday accused Canadian Prime Minister Justin Trudeau of inappropriate behavior by leaking the contents of a conversation to the media. The two leaders had an uncomfortable meeting a day earlier, which went viral on social networks.

The allegations came after the two crossed paths at a public place in Bali, Indonesia, where the two leaders were attending the annual G-20 summit.

“Everything we discussed has been leaked to the newspaper; This is not right”Xi targeted Trudeau through an interpreter.

“That’s not… the way it was negotiated. If there’s honesty on your side…” before Trudeau interrupted them to say that even though they have disagreements, they should work together , Earlier the Chinese President looked troubled.

“We believe in a free, open and frank dialogue and that is what we will continue to do. We will continue to work together creatively, but there will be things we disagree on, and we have to…” said Trudeau, who couldn’t even complete a sentence.

“Let’s create the conditions first”, Xi argued, reaching out to his Canadian counterpart before the two shook hands and parted ways.

Trudeau and Xi held one-on-one talks on the sidelines of the G20 summit in Bali on Tuesday. after an informal meeting The Prime Minister’s Office publishes a summary of the conversation indicating the issues raised and who raised them.

According to the statement, during brief discussions between the two leaders – who disagreed on trade and the arrest and detention of the two Canadians – Trudeau brought up his Concern was raised over media reports that China secretly financed 11 candidates in the 2019 federal election.

The statement also revealed that the two leaders discussed Russian invasion of Ukraine, North Korea’s continued aggression against South Korea and the upcoming COP15 summit in Montreal, However, he did not specify what Xi’s response was to any of these issues, only that the two leaders “discussed the importance of continuing dialogue.”

In his closing press conference, Trudeau responded to the incident by saying that his government trusts its citizens to want to be informed about the actions taken on their behalf.

“I will never stop talking openly with Canadians, even as we discuss important and sometimes sensitive issues”Trudeau declared.

He added, “Getting the right balance between being open about disagreements and the issues we raise and being able to work constructively at the same time is something that people need to understand, which Canadians will always do.” “

Trudeau also took advantage of his press conference to announce that the mission to train Ukrainian soldiers in Great Britain, within the framework of the so-called Operation Unifier, which has been running since 2015, will be extended until the end of 2023.