Violence in English football erupts after the COVID-19 pandemic 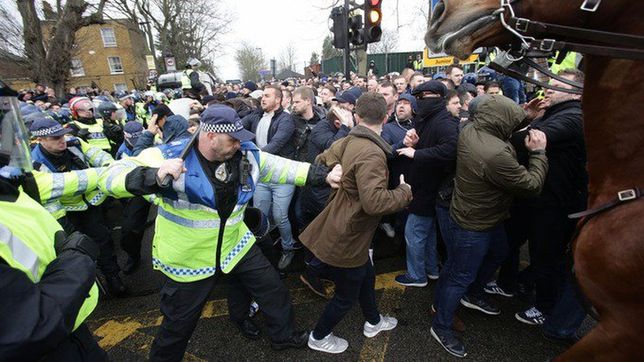 2021-2022 season represented the return of fans after a difficult year due to the coronavirus pandemicThe same in which stadiums were closed to avoid the spread of the virus, due to which the world of sports was at its peak.

Even then, With buildings reopening in England, violence returned as well. According to a UK Home Office report, arrests, riots and incidents in football in England have reached their highest level in 8 years.

The same report indicated that there were a total of 2,198 football-related arrests, the highest number since the 2013/2014 season. Incidents were reported in 53% of games played and There were 441 field attacks, representing an increase of 127% compared to the 2018/2019 campaign, the last one in which there were spectators in the stadium.

You may also like: Beckham turns down Elizabeth II’s offer to step out of line

last season, A man was jailed for hitting Sheffield United player Billy Sharpe in the head in a Premier League promotion match, while Aston Villa goalkeeper Robin Olsen was attacked by a Manchester City fan. At the end of the match, as happened with Crystal Palace coach Patrick Vieira at the Everton ground.

In addition, it should be remembered that during the last UEFA Champions League final, Many Liverpool fans overwhelmed the security of the Stade de France, Due to which the match against Real Madrid started with a delay of 36 minutes.

The UK Home Office also revealed that 516 people were barred from entering the camps. The most accepted clubs due to off-field issues were Millwall, Leicester City and Everton.

Victoria’s Secret hires its first model with Down syndrome