Visa Lottery: What Happens to the Drawing of Documents to Immigrate to the United States Millions of people around the world apply for the Diversity Visa program each year, hoping to receive one of the 50,000 Diversity Visa cards. permanent residence one who grants state Department Of America, popularly known visa lotteryImmigration is a draw for people from under-represented countries.

In recent years, there has been uncertainty around it as a result of legal hurdles and the coronavirus pandemic. COVID-19, Despite this, and although with further difficulties under attack, the visa program will continue.

The first major hurdle he faced was a rule issued by the government in 2019 Donald Trump, passport rules (Passport Rules), as it is known, only applicants need to already have a valid passport in order to apply. The measure affected millions of people around the world, especially those with less resources and residents of rural areas. 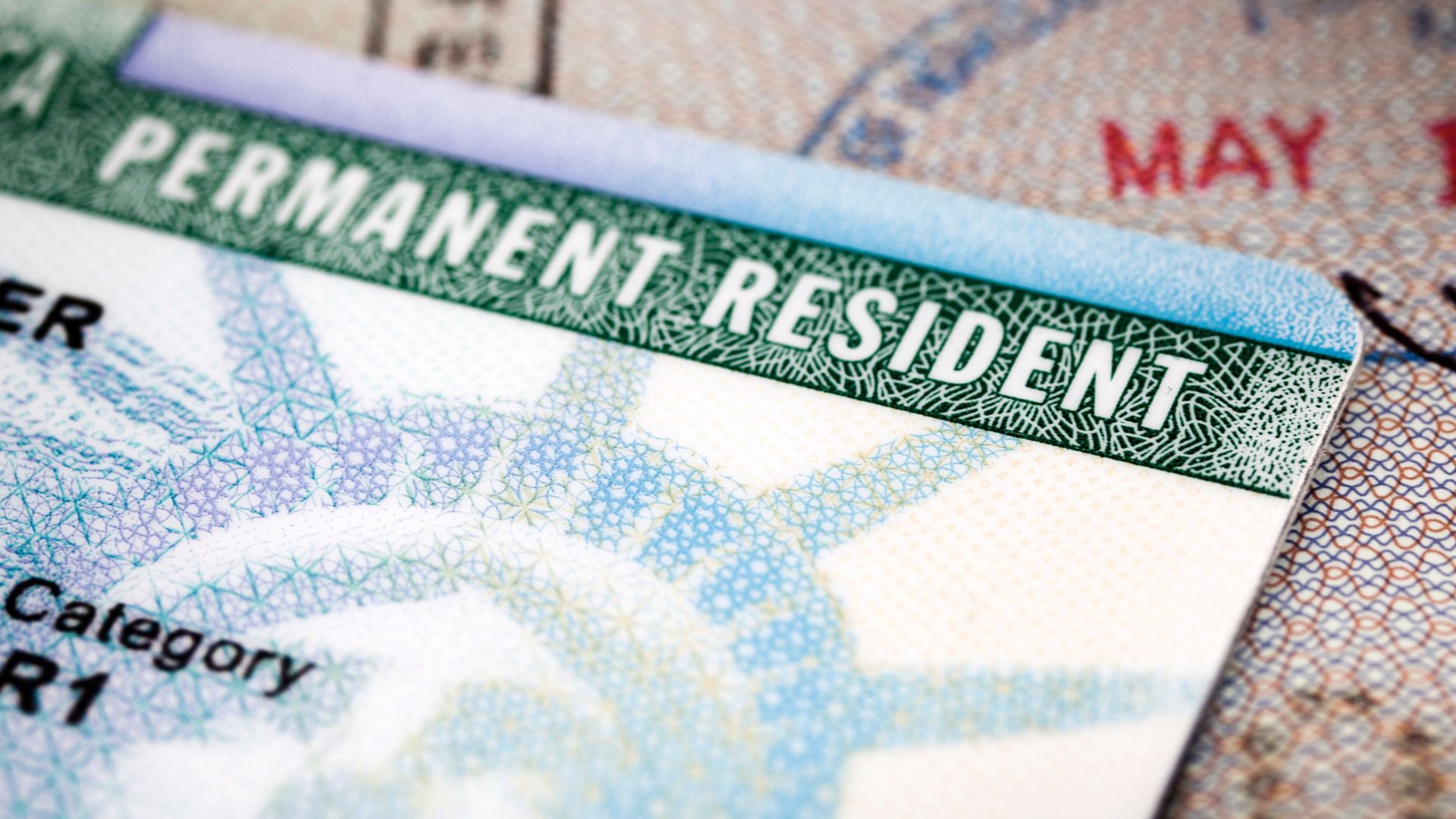 You Can Win a Green Card in the Diversity Visa Lottery.(Epoxidude/Getty Images)

The passport requirement made the application process so difficult that the number of applicants fell from 14.7 million in 2018 to 6.9 million in 2019. Despite the efforts of the administration Joe Biden For the rule to be in effect, a federal court DC. He removed it last February.

The difficulties did not end there: the government expressed difficulties in completing the admission process of the selected people since the start of the pandemic. dues skyrocketed and, according to national visa centerMore than 380,000 visas are pending to be processed so far.

Not all delayed visas are from the diversity program, but something serious is happening with the lottery. Once a person is selected, they have one year to claim their visa and meet the requirements to enter the country. Thousands of applications have been exhausted due to delay, leaving them in legal limbo. 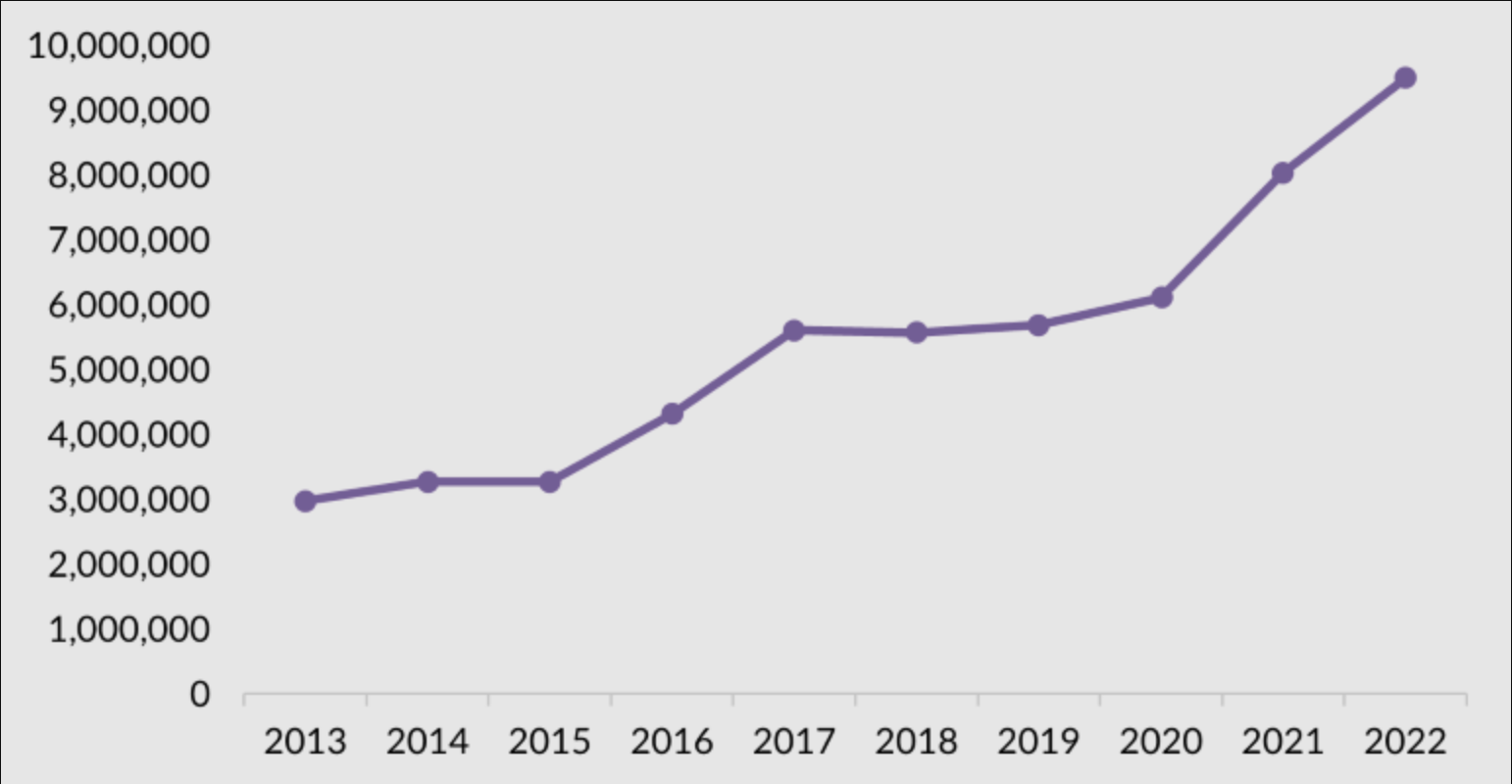 This graph shows the increase in pending immigration applications to the United States Citizenship and Immigration Services between fiscal years 2013 and 2022. Huge growth can be seen from the financial year 2020. (Muzaffar Chishti and Julia Gelat / MigrationPolicy.org)

That is, in 2020 someone could be selected in the lottery and he was still waiting for his visa. Worse, he doesn’t even know if his process will be honest. Given the inaction of federal officials, some lawyers have decided to take the court route.

It is in the midst of this atmosphere that the 2023 lottery is coming. The custom is that it takes place in the boreal autumn between October and November. However, the site for submission of documents in electronic format does not offer a date yet. The lottery is named after DV-2024,

Be careful when looking for services online for the Diversity Visa Program. There are dozens of sites that offer to fill out the application and guarantee that it will be submitted without errors or delays. Fraud is common in many of these services. The application is free and available on the United States Citizenship and Immigration Services website (USCIS) clearly explains how to accomplish this.

Nobel Prize in Miami Beach: Isaac Bashevis Singer
Are you in the United States as a tourist? so you can extend your visa
10 Little Known Places in Miami

“Staff Benefit”: He Took An Unusual Surcharge On A Restaurant Ticket And It Goes Viral

Weather Update: There will be heavy rain in these parts of the country for the next several days, alert issued; Many flights affected...